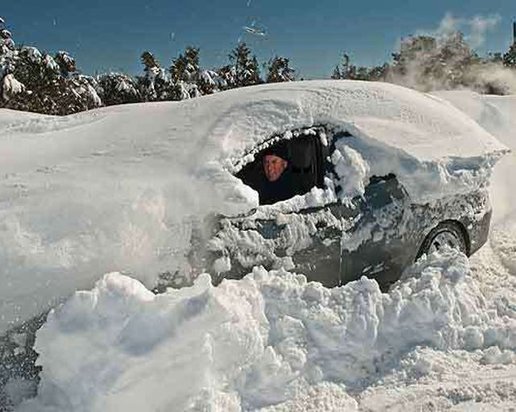 On January 26, the NY Times featured a front-page story, “The Shrinking American Middle-Class.” It could have rocked the political world. America prides itself on its large middle-class, so a story documenting shrinking incomes in the 21st Century should have dominated the day’s news.

But January 26 was also when a major blizzard was projected to rock the Northeast. That afternoon, the national television news media was in full storm coverage mode. Notwithstanding the statistics on a sharply declining middle-class, by the evening of January 26 CNN, MSNBC, FOX News, and all three national television networks were exclusively covering storm preparations.

This all-consuming coverage continued even after the storm weakened in New York City. Reporters did follow ups on why closing down the subways was a mistake and how people were impacted by the wrong forecasts.

The problem is not simply that a big weather story eclipsed a major expose on rising inequality in the United States. Rather, it’s that reports on economic inequality never get the saturation, multi-day coverage customarily granted to storms.

The Occupy movement in the fall of 2011 was the great exception. That’s why the movement accomplished something quite remarkable despite its short stay in the limelight

Weather stories not only get dramatically more coverage than those about inequality, they also differ by the media’s focus on facts. For example, coverage of the New England blizzard this week reported on snow depths, how people were impacted, the amount of damage and other verifiable details.

But when it comes to studies and reports on inequality, the media turns all facts into opinions. This is true even when reports are based on tax returns or other government data. CNN, which provides consistently fact-based weather coverage, converts every report on rising inequality into an opportunity for pundits to give their opinions on whether the report is true.

CNN doesn’t turn whether it is snowing into a matter of opinion, but routinely does so for economic statistics.

On weather stories, the media prides itself on getting out the facts people need. In contrast, when covering rising inequality it promotes obfuscation. Instead of wall to wall coverage on how the 1% took nearly all of the income gains since the end of the recent recession, such reports are downplayed as “class warfare.”

Massive media coverage of weather stories is justified because television in particular is seen as having an edge on issues where “pictures” tell the story. But there are powerful pictures available every day of the impact of inequality that are left off the news. 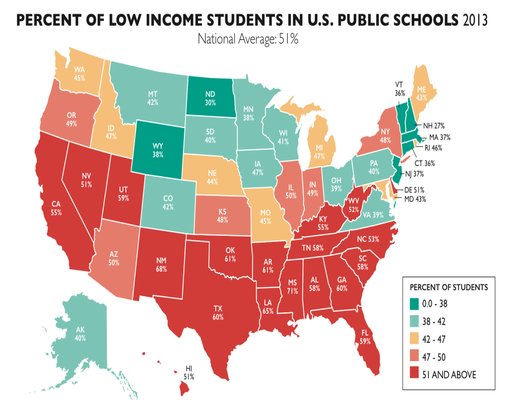 Ask yourself how often you see a line for a homeless shelter, soup kitchen, or those in line for a job on a national television news cast. And if this is shown, it will not be on all networks and it will be on screen for a far briefer time than the common footage of rain or snow falling.

Imagine if the media spent as much time covering a gathering of the .001% as it does covering a storm. The photos could inspire anger in millions over how so few Americans control so much of the nation’s wealth. But we leave our powerful images of elite control of resources to the Hunger Games films; it is rarely seen on any national news broadcast.

“Wall to wall” storm coverage forces everyone to get the story. Viewers 3000 miles away end up talking about the storm to others.

We don’t get that reverberation of news when a story hits the front page for a day, or is the lead story on a single day’s evening news. And in our constantly updated news world, even a lead story in a publication like the NY Times is quickly forgotten when not echoed for days throughout the media world.

How many people reading this know that a majority of public school students in the U.S. live in poverty? This was a widely covered story two weeks ago, as it marked the first time in at least 50 years when such was the case.

Yet the story quickly disappeared. It likely remains unknown to most Americans.

I’m sure the reporters covering the story saw it as a game-changer. After all, recognizing the low-income backgrounds of a majority of public school students provides critical insight into the challenges faced by our public schools. The story undermined claims that teachers are to blame for low-performing schools, and if treated like a weather story, the media would have gone wall to wall examining the impact of child poverty on education success.

But instead of providing ongoing coverage,  the report was quickly gone from the news. I have not seen these findings mentioned in many subsequent education stories, and for the vast majority of Americans a potentially “game changing” report remains unknown.

The media leaves no stone unturned reporting on storm damage. But stories on the damage caused by rising inequality, impoverished public school students, and other social justice issues are left blowing away in the wind.

Randy Shaw is Editor of Beyond Chron. He discusses strategies to get media to spread social justice stories in The Activist’s Handbook: Winning Social Change in the 21st Century