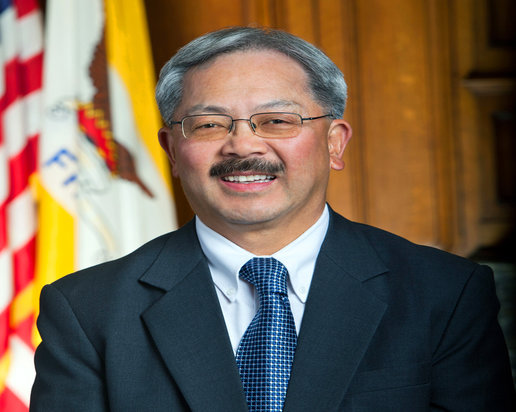 San Francisco Mayor Ed Lee begins a second term after a 2015 campaign season in which the mayor’s promotion of Julie Christensen in District 3 and the ongoing housing crisis subjected him to more criticism than ever before. The mayor is always happier working on policies rather than politics, and with the election behind him he has ambitious plans for the next four years.

As much as talk of new fireworks and conflict at City Hall sells newspapers (or increases page views), Lee is as committed as ever toward ever toward getting things done. Aaron Peskin also likes to get results for San Franciscans, which is why Lee’s second term could be just as productive as his first.

Presidents, governors and mayors typically do their major work in their first term. After accomplishing their chief goals, their second term is either spent preparing to run for higher office or floundering without a clear policy agenda.

Dianne Feinstein’s second term (1984-January 88) was a continuation of her first. Willie Brown’s second term (2000-January 2004) was spent battling with the new progressive Board majority. Gavin Newsom accomplished his chief goals in his first term and focused on  statewide office after he eased to re-election in 2007.

Ed Lee faces a different situation from Brown in 2000 because he is not facing new supervisors who ran explicitly anti-mayor campaigns. Even Aaron Peskin said he would work with Mayor Lee. Clint Reilly’s brilliant independent expenditure campaign for Peskin hammered home this point.

Lee also does best with a consensus model, as his success with Prop A, the $310 affordable housing bond, showed. And for all the exaggerated claims about progressives winning 6-5 votes for legislation now that Peskin is on the Board, such measures do not become law without Lee’s support. For a mayor that thrives on getting things done, the shift of one vote on the Board only means that he must make more compromises in the final versions of legislation.

Lee’s second term agenda is likely to be supported, at least in concept, by the Board’s progressives. For example, the mayor has already moved forward on his density bonus plan, which is primarily designed to encourage housing development in the under-developed westside. Progressives have long pushed for housing in low-density areas and little mayor-Board conflict should accompany this top mayoral priority.

Similarly, the mayor has multiple proposals long in the works to increase affordable housing in market rate developments. Again, progressive Board members may have differences on the specifics, but not on the overall goal.

The Mayor could get into conflict with the progressive Board majority over regulations for so-called Google buses, but that’s another area where compromise is readily found.

The city budget, a huge source of conflict between the progressive Board and Willie Brown, has never been a dividing point during Lee’s entire tenure as mayor.

Short-term rentals are a potential source of conflict, but one must ask whether Airbnb wants to hold firm behind the inadequate current law and commit another $8 million opposing an already planned 2016 ballot measure. There are obvious reforms that both sides of this controversial issue can agree to and Peskin’s negotiating skills should come in handy in making this happen.

Overall, despite media talk of a “pitched battle” between the Mayor and Board next year there is far more commonality than many realize.

Mayor Lee has taken on the political third rails of funding public housing (Prop A and the Housing Trust Fund) and increasing westside housing development. But the mayor has not addressed the destructive problem of unnecessary delays in the housing development process.

San Francisco has a schizophrenic housing policy. On the one hand, many believe the city is overwhelmed by new development. On the other, it takes so many years to get a development through Planning and actually built that the actual new construction numbers are far below what many assume.

Widely seen as “pro-development,” Lee’s ambitious goal of building or rehabilitating 30, 000 new units (33% affordable) could be at risk due to the planning department’s glacial approval process.  This won’t change unless Lee insists it happen. It has to be a Lee priority for his second term.

Mayor Lee must also decide how he wants to deal with homelessness in the next four years.

Mayors across the United States are under siege due to rising homelessness, and Lee is routinely criticized on his handling of the issue. Yet no city is spending more on a per capita basis than San Francisco.

The mayor funded 500 new permanent SRO units for homeless single adults in the current budget, and is funding another 500 in the first budget of his second term. Lee also funded ongoing services at the popular Navigation Center. Yet the media repeatedly ignores this spending and blames the mayor for not having “answers” on the homelessness problem.

While the federal government cutbacks in housing funding is primarily to blame for rising urban homelessness across America, people expect their mayor to “do something” about the problem. Lee should begin his second term by revamping the city’s homeless street outreach program.  This would coincide with the start of El Nino in January, which will push homeless encampments indoors and make the sidewalks a lot cleaner.

The mayor’s unfortunate Super Bowl 50 quote did not reflect his major commitment of real dollars to reduce homelessness. This is a mayor who chose two point people on homelessness— Bevan Dufty and Sam Dodge—who have good relations with homeless advocates. Addressing widespread concern over homelessness has to be a top mayoral priority in his second term.

Ultimately, Mayor Lee should use his second term to better connect his agenda to those feeling the pain of the city’s ongoing affordable housing crisis. I frequently cite the mayor’s strong record on affordable housing, tenant, eviction defense and jobs, but many of those suffering in these areas do not feel the mayor is on their side.

Every San Francisco mayor presiding over the type of economic booms that the city has repeatedly undergone since the late 1970’s has been the target of such criticism. But given this is the political reality Ed Lee’s second term will operate under, he needs to do more mayoral activism out in the streets and less of the formal media events that too often do not connect with the public.

Ed Lee is not a born politician. He prefers to let his work speak for itself. He has done more than any prior mayor to deliver affordable housing, and has done so at a time of dwindling to nonexistent federal and state resources.

It may be too much to ask a no-drama, non-emotional mayor to devote his second term to better  connecting on a personal and emotional level with those in need. But never underestimate Ed Lee. Given how far Lee has come in his life, he can use his second term to focus more on reaching out to those in need while continuing to enact the policies that make a concrete difference in people’s lives.

Randy Shaw is Editor of Beyond Chron. Be sure to read his new book, The Tenderloin: Sex, Crime and Resistance in the Heart of San Francisco