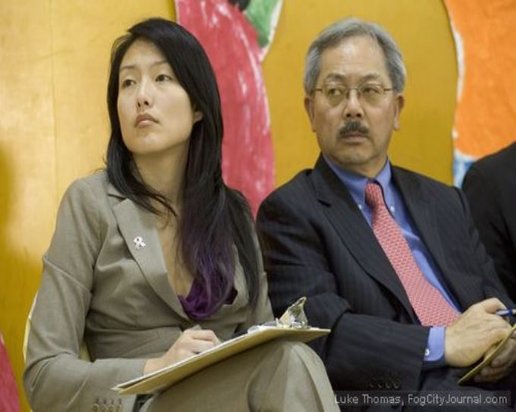 On October 6, Supervisor Jane Kim’s persistence and the last-minute intervention of Mayor Ed Lee ensured that legislation legalizing tourist rentals in San Francisco will have teeth. The two joined to ensure enactment of a private right of action provision that is key to the law’s enforcement. The provision was included too late for the legislation passed by the Board, but will be approved well before the full ordinance goes into effect in February (the Airbnb measure takes effect later than the normal thirty days after mayoral signing).

Under the agreement worked out by Lee and Kim, nonprofits whose primary purposes include housing preservation can sue rent-controlled three-unit buildings or larger after giving written notice to the city attorney’s office. The provision is very similar to the nonprofit enforcement provision that the city has included in its Hotel Conversion Ordinance since 1990.

The fate of the private right of action provision was up in the air only hours before the vote. Tenant groups had long told sponsor David Chiu that a private right of action ensuring enforceability was a bottom-line requirement. But until the Mayor intervened, Chiu never agreed to allow specified nonprofit groups to enforce city law. He may have been hemmed in by the relentless opposition from Supervisor Scott Wiener, his close ally.

For weeks, Wiener and Chiu seemed unable to distinguish between a “drive-by” ADA lawsuit and the type of cases routinely brought under California’s Private Attorney General Statute, Code of Civil Procedure Section 1021.5. They also disregarded the fact that no problem with frivolous lawsuits has occurred since the city’s Hotel Conversion Ordinance gave nonprofits the right to sue nearly 25 years ago.

But whereas Chiu agreed to the Mayor-Kim deal on private enforcement, Wiener did not. He spent at least twenty minutes at the Board meeting doing his best imitation of a Tea Party- Republican bashing trial attorneys and “frivolous” lawsuits. Kim described Wiener’s attacks on public interest litigation as sounding like “the Bush Administration and the Heritage Foundation.”

Wiener’s main objection was that nonprofits would be allowed to sue hosts who “had not evicted anybody.” He seemed to have forgotten that these suits would be targeted at illegal tourist rentals, not illegal evictions.

Kim made Wiener’s objections appear silly when she asked DBI Housing Director Rosemary Bosque whether nonprofit standing for the HCO law had been helpful. Bosque said that nonprofit litigation had greatly improved enforcement of the law, increased SRO owner compliance, and allowed the division to better use its resources.

Supervisor Kim pushed hard on tenants’ behalf for weeks, but two hours before the start of the meeting she still lacked at least six votes for the key provision. That’s when Mayor Lee entered the fray.

Reports that the mayor opposed a private right of action never made sense given the mayor’s history as a civil rights attorney. And these reports were proved false. Mayor Lee directed his staff to work out an agreement to allow such suits, and then joined with Supervisor Kim to get the deal done.

Mayor Lee’ s support will prove critical when the private right of action provision returns to the full Board. The spiteful Wiener worked with Supervisor Breed to quickly draft an alternative provision which only allows nonprofit enforcement if there had been an eviction on the premises within the past five years.

So the Board will have to choose between the two versions, with the Mayor and Supervisor Kim likely to have the necessary votes. That fight will happen after tenants are  no longer preoccupied with Prop G, and after Airbnb hosts—the vast majority who will be following the law– have already won what they sought to achieve.

No Other Amendments Approved

Remarkably, given the long list of opponents to the legislation, no other amendments were approved. David Campos’ amendment conditioning  the start of the law on Airbnb’s payment of back taxes lost 6-5. The amendments seeking to limit tourist rentals to 90 days instead of 365 also failed.

How did Airbnb and its allies get virtually everything they wanted? Many point to the industry’s campaign donations, both current and future.

But I think something bigger was also involved: proponents demonstrated a much larger grassroots base. At hearing after hearing, hosts outnumbered opponents. Hosts had financial motives and personal stories,  while opponents were housing advocates focused on the negative implications on citywide housing affordability and availability.

Supervisors continually ran into people who used Airbnb, liked Airbnb, and saw nothing wrong with Airbnb’s practices. That’s why you heard very little anti-Airbnb rhetoric from supervisors, including those who do not hesitate to castigate real estate speculators and Ellis evictors.

Many remain deeply unhappy with the Chiu legislation, which they see as a massive rezoning of the city for tourist use. A group has collected 18,000 signatures, and backers of the measure could submit the petitions and revisit the issue on the November 2015 ballot.

From a tenant and housing advocates perspective it could have been worse. By ensuring that violators of the law can be stopped, Mayor Lee and Supervisor Kim have given teeth to what would otherwise have been potentially very destructive legislation.