Mark Leno Gets It Done 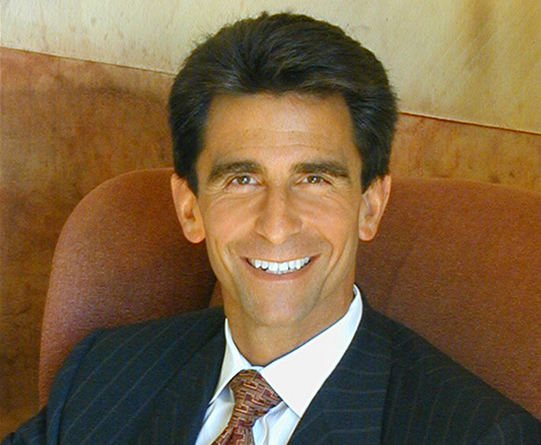 We knew two weeks before the Senate floor vote that San Francisco’s drive to stop speculator evictions under the Ellis Act faced an uphill fight. Despite encouraging committee votes, key Democratic legislators were either openly against the bill or giving strong impression that they would oppose it.

One legislator, whose name I will not mention because they became a yes vote, alerted Mayor Lee’s office on May 15 that he would be voting no. This unleashed a tweetquake, web postings and calls into the senator’s district that ultimately got him back on the yes side.

Mayor Lee has sought no publicity for his efforts, so I will not detail them. But the mayor personally communicated with senators, arranged strategy meetings in his office, reached out to key stakeholders in labor, and made Ellis Act reform a top staff priority.

It is fair to say that Mayor Lee did everything in his power to get this bill through the Senate.

So did tenant groups like Tenants Together. The San Francisco Labor Council contacted labor councils in swing districts, as did other labor unions. Latino organizations also contacted Latino senators to highlight how Latino’s were disproportionately victimized by Ellis evictions.

SB 1439 goes nowhere without the efforts of all of the above. Nor does it pass without the unpublicized support of Senate leader Darrell Steinberg, who has carved out a great progressive record in his tenure.

But while it took a village to win, one component was essential. Having worked on state tenant issues for nearly two decades, I know that on the big votes, the votes that impact wealth and power, it comes down to the skills of specific legislator sponsoring the bill and driving the issue.

I saw the importance of legislative leadership firsthand with John Burton. Without Burton’s bold leadership on reforming Ellis Act land use problems in 1999, thousands of San Francisco tenants would have been evicted and their rent-controlled buildings demolished in the past decade. Burton made Ellis Act reform his issue, and when John Burton took on an issue, it got done.

It’s also worth remembering that had then Assembly member Mark Leno not devoted much of his first year in office in 2003 working to get our bill exempting SRO’s from the Ellis Act passed, many of these demolished housing units would have been SRO’s.

The State Senate is as much a club as it is a cast of politically and/or ideologically driven people. And getting things done in a club requires that your colleagues trust you. John Burton was the most progressive Democrat in Sacramento for years, yet was also the Democrat that Republicans trusted most. Trust among colleagues’ enables legislators to get the votes of those who may not really favor their position on an issue.

I visited legislators with Leno for the 2003 Ellis bill and saw how effectively he dealt with his peers. This was during his first year in Sacramento, but Leno had quickly shown that he was honest, hard working, a team player, and someone who respected those with longer service in the Assembly.

I look back on our one-vote victory for Leno’s AB 1217 in 2003 as close to a political miracle. And no way do we pick up the moderate votes we needed without Leno making this issue a top priority. He made it his priority despite not generating a dime in campaign donations for working on the issue or generating the type of positive media support the current Ellis reform drive has received.

I did not know Leno until that 2003 legislative campaign. I had always been told he was a “moderate,” and he had been the “moderate” candidate against Harry Britt in the 2002 Assembly race.

But I learned in 2003 that these labels mean nothing. Leno has been at the forefront of issues that affect those most in need, whether it be vulnerable tenants, low-income Lifeline phone users, or those unfairly treated by the criminal justice system.

When I learned that SB 1439 had lost 19-18 in the original vote, I did not despair. I felt that Mark Leno would work round the clock if necessary to get the three additional votes needed.

That’s what’s called leadership. And his peers in the State Senate appreciate it.

I have not interviewed those who switched their votes, but regardless of what they say publicly, I think they acted because Leno has been there for them and now they wanted to return the favor.

Mark Leno and Mayor Lee never planned to be politicians. They spark little media controversy, and their “moderate” tone and affability leads many to miss that they are both extremely competitive and have a fire in their bellies that drives their success.

Speculator evictions under the Ellis Act are tearing San Francisco apart. The city is lucky to have Mark Leno fighting in Sacramento to stop this ongoing outrage.