Marching Veterans Over the Precipice of Privatization by Suzanne Gordon 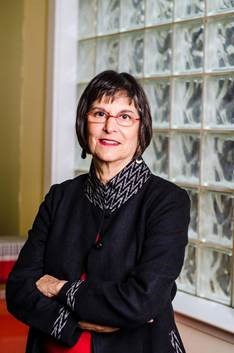 Over the past year, with the aide of many in Congress, the Trump administration has moved inexorably toward the privatization of the Veterans Health Administration (VHA). This update is a status report on how the nine million patients who depend on the VHA are, in the name of Choice, being denied their first choice of VHA care as the Administration plans to outsource more and more care to private sector doctors, hospitals, and other providers.

In May of 2018, Congress passed the VA MISSION Act.  The legislation vastly expands the outsourcing of veterans’ healthcare from the Veterans Health Administration (VHA) to the private sector that began with the passage of the VA Choice Program in 2014.  The hastily enacted Choice program was, by many accounts, an abject failure.  As recent Government Accountability Office testimony documented,  the private sector insurance company administrators of Choice—TriWest Healthcare Alliance and Health Net Federal Services–paid billions to set up and oversee the program, failed to coordinate care and were accused of fraudulent billing and overpayment to the tune of millions.

Veterans often experienced more delays in getting private sector care than they had experienced at the VHA. Plus there were no mechanisms in place to assure that the quality of non-VA care matched that of the VHA, where staff is expert in the complex service related problems of the nation’s veterans.

The MISSION Act, passed in a show of overwhelming bi-partisanship, replaces the Choice program with what is called

the Veterans Community Care Program(VCCP). The Act gave VA Secretary Robert Wilkie wide latitude to set up access standards that would determine which veterans would be eligible for private sector care under the VCCP.  Supporters of the Act, which included all the major veterans service organizations (VSOs), were assured that eligibility for private sector care would be based on medical need and determinations of whether the private sector could deliver quality care to veterans.

The Act also set up a nine- member Asset and Infrastructure Review Commission that would consider which underutilized VHA facilities to close. Its decisions will largely be insulated from significant congressional input.  Although the commission sets aside three seats for members of major VSOs, as soon as President Donald Trump signed the Act he said – no surprise here– he would abide by this provision.

In the beginning of March, Secretary Wilkie published his recommended access standards in the Federal Register.  Under the Choice program, any veteran who had to wait more than 30 days for an appointment or drive more than 40 miles was eligible for private sector care.  Now any VHA patient who has to drive for more than 30 minutes for a primary care or mental health appointment or 60 minutes for a specialty appointment will be able to go to private providers at the taxpayers’ expense. If a veteran has to wait more than 20 days for mental health or primary care or 28 days for specialty care he or she is also eligible for care outside the VHA.

These standards are so broad that almost any veteran who lives in either urban or rural areas would be eligible for private sector care. Most people who live in urban areas have to drive more than 30 to 60 minutes – particularly in traffic – to get to a medical appointment. In rural areas, drive times are even longer.  Internal VA estimates suggest that the rule change could channel up to 63 percent of VHA patients into the private sector based on drive time alone.  Comments from the Secretary acknowledge that veterans may have to wait even longer for an appointment in the private sector than at the VHA.

Wilkie and other proponents of outsourcing justify their decisions on by suggesting that convenience for the veteran is more important than the quality of services to which veterans have access. Although quality of services is important to all patients, it is particularly relevant when it comes to veterans, who have problems with which few private sector providers may be familiar.

Even VA leaders who are pushing the outsourcing of veteran care have been forced to admit this critical fact.   A March VA report to Congress on Healthcare Quality Under the MISSION Act, candidly states that private sector providers may have “excellent outcomes,” with patients who have “straightforward medical conditions and a strong support system.” They may not, the report goes on to say, reproduce the same outcomes “if a provider sees a Veteran with complex needs such as homelessness or co-existing mental illness.” The report also added that, “fragmentation of care between VA and non-VA providers creates new risks for harm.”

Even though they focus on the issue of convenience, VA leaders also fail to consider the kind of convenient system of one-stop healthcare the VHA offers to veterans.   At the VHA, a veteran can go to a primary care appointment, then see a psychologist located in the same practice and after that meet with a pain specialist, or perhaps an audiologist about hearing problems.  Private sector providers do not operate in the same kind of integrated systems.

Kevin Miller, a 34 year-old- Iraq veteran with over a dozen physical and mental service connected health conditions told me that if he had to drive all over San Francisco to see multiple doctors in different medical offices, he’d have no time to hold down a job. “I’d literally be in a ditch,” he reported.

Lack of Transparency and Accountability

Secretary Wilkie has said he would not reveal the details of the drive time algorithm that guided his decision making in designing access standards, since it comes from the private sector and is – guess what – private. This gives us a preview of things to come for the nation’s veterans who will be channeled from a public system that is accountable and transparent, to a private one where information is often considered proprietary.

We hear a lot of bad news about the VHA that we don’t hear about the private sector because federal watchdogs, like the VA Office of the Inspector General or Government Accountability Office compile reports on its mistakes and then make them, well, public. In contrast, patients are often kept in the dark about the quality of care provided by private sector doctors and hospitals.  For example, information about malpractice is often concealed by non-disclosure agreements. This also means the system as a whole cannot learn from preventable mistakes.

The Myth of Empowering Veterans

In spite of its many problems, the MISSION Act’s supporters in Congress and the administration insist they are “empowering veterans,” as they put it, to make their own health care “choices.”  What they are, in fact, doing is encouraging veterans to make unwise choices that may lead to more harm than good .

Because of this, some VSOs like the Vietnam Veterans of America (VVA) and the Disabled American Veterans have raised serious issues about the legislation. In written testimony to the Senate Committee on Veterans Affairs, the DAV asked the VA to delay its June 6th start date of the Veterans Community Care program until, as “VA can certify to veterans and to Congress” that it has been “properly tested” and will occur with “minimal disruption.”  A week later, John Rowan, National President of the VVA, spoke at a Bronx Town Hall on Saving the VA put on by the National Nurses United, with Congresswoman, Alexandria Ocasio-Cortez.  Rowan  debunked the myth that the private sector can better serve patients with the kind of complex problems he acquired during his service in Vietnam.

Ignoring the potential harm to veterans, VA leaders are determined to move forward with the June 6th launch of the Veterans Community Care Program. In the April 10th hearing of the Senate Committee on Veterans’ Affairs, Veterans Health Administration (VHA) Executive in Charge, Dr. Richard Stone offered a fascinating reinterpretation of the Hippocratic Oath, “First Do No Harm,” as he defended the decision to move forward with the program.  “Are we going to get it all right?” he asked rhetorically.

“ Are we going to deliver care on June 6th?,” he asked again.