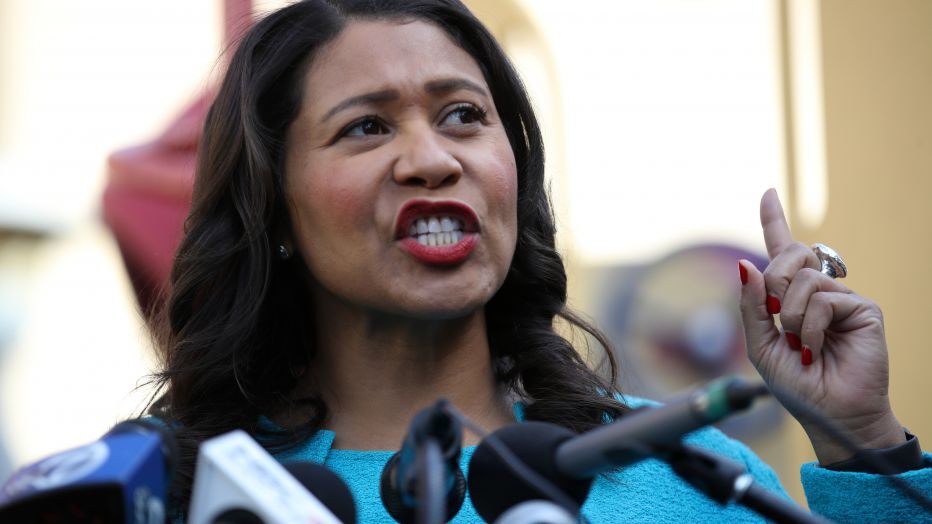 Throughout her political career San Francisco Mayor London Breed has always had one big edge: a compelling personal story. Raised by her grandmother in public housing, Breed’s sister died of a drug overdose and her brother is in prison. Her emergence from that background to become the mayor of a major United States city is remarkable, and helps explains her strong personal popularity among voters.

At a time when San Francisco suffers from growing income inequality, London Breed was elected with the least financial resources of any prior mayor. She has a lower net worth than any member of the Board of Supervisors, with the possible exception of Matt Haney (the rest are all homeowners). Breed is also likely the first San Francisco tenant ever elected mayor.

Unlike past mayors, Breed did not have a long history in public service before her election. This heightened her powerful personal narrative and positions on issues.

The outsized role Breed’s life history has played in her political career is why the revelation about her gift  from Mohammed Nuru represents a huge challenge for the mayor. Her ability to overcome this challenge will decide her political future.

When I saw the “Breaking News” last Friday about Breed’s romantic relationship with Mohammed Nuru my first thought was to text the SF Chronicle’s Dominic Fracassa and the SF Examiner’s Joe Fitz Rodriquez and ask “Did you folks really not know about this”?  It’s been no secret since Breed became Supervisor that she once dated Nuru yet now it was being treated like a huge revelation.

But I didn’t send those texts. I didn’t because Nuru’s $5600 payment for Breed’s car repairs was breaking news. Although Mayor Breed apparently violated no law (as a legal expert on statutory construction, I share the view that the prohibition on gifts from “subordinates” does not apply to these facts. The City Attorney has yet to make a determination). Either way, it was a serious error in judgment.

Nobody I talked to understands why Nuru would make a $5600 gift to a mayor whose $300,000 salary enabled her to fund car repairs on her own (Conor Johnston offers an explanation on his Facebook page) The repairs were made to an 18-year old car that the mayor still owns but does not use to get to events because she has a city-owned car and driver.

The transaction raises many questions. None of the answers make sense. The challenge now is whether Breed can quickly restore voters’ confidence in her judgment and leadership.

Some are acting as if Breed were the first mayor to make a major mistake. Gavin Newsom had an affair with a subordinate (the wife of his aide) and he is now our governor. Newsom overcame a personally embarrassing action that raised questions about his judgement  and so can  Breed.

Breed released her news as she was setting her second term agenda. On February 5, Mayor Breed introduced a charter amendment for “by right” housing that I described as “game changing housing reform.” A week later she appointed Rich Hillis as Planning Director, the perfect choice to implement her pro-housing agenda.

Breed should be focused on her housing agenda yet this past Presidents’ Day weekend had people talking not about either action but instead about Breed’s gift from Nuru. That’s a problem. Breed was being counted upon to convince voters that San Francisco must stop its dysfunctional housing approval system and replace it with a process that promotes affordability. Breed’s leadership is essential for the housing charter amendment to pass in November. The question now is whether voters skeptical of her actions toward Nuru will still trust her housing plans.

Breed also has allies running for supervisor who she hopes to help elect in November. But that depends on her rebuilding voters trust so that being a mayoral ally will help rather than hurt candidates.

San Francisco has a lot of problems. Voters expect the mayor to provide solutions.  If Mayor Breed shows leadership in addressing these problems her error in judgement with will soon be viewed as an aberration. But if she is evasive on explaining the facts and seeks to avoid responsibility, her ability to move her agenda will suffer and her political strengths will steadily diminish.

Nobody can look at what London Breed has overcome so far in her life and see her unable to meet this new challenge. Her political future depends on it.

Some supervisors and reporters see the Nuru-Bovis prosecution as proof that San Francisco City Hall is a cesspool of corruption. I find such charges are often self-selecting; when Rose Pak funneled her donors to support Ed Lee the left claimed it showed Lee was “corrupt;” when Pak did the same for David Campos in his 2014 Assembly race the left had no problem.

In my forty years engaged in San Francisco politics I have found incompetence/lack of vision a much bigger cause than corruption for poor city services. Blatant illegality of the type found with Nuru is actually quite rare among San Francisco department heads (if you doubt this, check the numbers). Yet many “progressives” who back government solutions to problems are eager to find “corruption” everywhere in the public sector, wrongly implying that solutions are better off left to the private sector.