Why Is Liberal SF Blocking Cannabis? 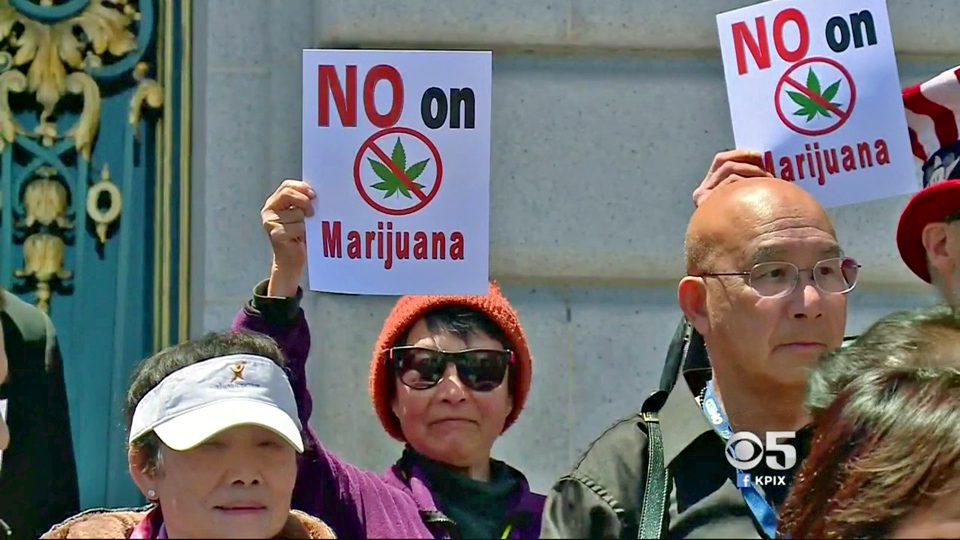 As I entered City Hall last Thursday I confronted a large crowd creating a huge line in front of the metal detectors. All were Asian and wore white baseball caps. I asked one person what it was about and he showed me a paper that said “The Chinese Community.”

The crowd was there for a Planning Commission hearing on legislation about the siting of cannabis clubs. The residents whose angry opposition recently caused the Board of Supervisors to reject a medical cannabis club in the Sunset by a 9-2 vote were now flexing their muscles at Planning.

And their pressure worked again. The Commission voted to keep the current requirement that medical cannabis dispensaries be at least 1000 feet from schools or day care centers. The Commission refused to limit the distance to 600 feet, a reform that would help spread the facilities throughout the city rather than concentrating them in a few neighborhoods.

I’m really glad the 50th Anniversary Summer of Love celebrations are over. San Francisco has been busy promoting a national image of a pot-smoking, free love city when it is validating “Reefer Madness” type scare tactics around medical cannabis.

The Board of Supervisors’ earlier 9-2 vote to stop a cannabis club due to its proximity to a preschool was illuminating. It showed the double standard the city applies in its concern about kids exposure to drugs.

In the Sunset, even D6 Supervisor Jane Kim felt it was wrong to have a cannabis club too near a preschool. Yet in the Tenderloin, a mini-park/tot lot at Turk and Hyde has people freely shooting up within 500 feet of the facility.

Despite the mini-park and the 400 block of Turk being on a path of travel for kids coming home from the Tenderloin Community School, the city allows kids to walk by  overt drug activities. People shooting up next to a tot lot affects kid a lot more than customers entering a store to buy cannabis.

I guess we should ask Supervisor Kim to sponsor legislation preventing the city from allowing the city to maintain a drug containment zone within 1000 feet of a school or tot lot. This threat to Tenderloin kids is a lot greater than a medical cannabis facility near a day care center in the Sunset.

I understand why even Aaron Peskin voted against the Sunset facility. The community was up in arms, the district supervisor was under tremendous pressure, and there was no political downside to rejecting the facility.

But the Planning Commission vote shows that the politics of the cannabis facility issue are starting to resemble Alabama’s hostility to transgender bathrooms. A small group whose views are completely out of line with San Francisco’s majority is causing officials to falsely link cannabis clubs to the health and safety of kids.