Lessons for the Liberal Blogosphere: Evolve and Adapt 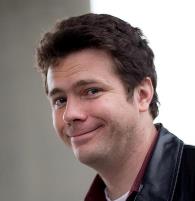 Ten years ago today, Randy Shaw launched Beyond Chron at the Tenderloin Housing Clinic. I’d like to think that I played some role, because I introduced Randy to Daily Kos and other liberal blogs—which operate as “truth squads” to hold the national press and politicians accountable.

Beyond Chron was launched to play a similar role in San Francisco politics, and after law school I served as its Managing Editor for 6 years. Today, I have come full circle and now work at Daily Kos. As a member of its Campaigns team, we channel the energy from those who read and write for Daily Kos into effecting public policy.

Ten years later, liberal blogs continue to be an effective tool at getting the message out for everyday activists—but like the traditional media, the most important lesson as realities change is to evolve and adapt. Because it ain’t 2004 anymore

Liberal news-sites like Daily Kos and Beyond Chron emerged ten years ago, because the traditional press was not doing its job—and did not evolve to changing realities. The New York Times cheerlead President Bush’s invasion of Iraq, while right-wing media like Fox News that had a blatant agenda had no counterweight on the left.

More people were spending their time online, and the traditional press—under the guise of objectivity—refused to “take sides” in stories, thus giving right-wing lies the same level of deference as the truth. There was an opening for unapologetic, edgy citizen journalism that pursued a liberal activist agenda—and the blogs filled it.

But the “netroots”—as we came to be called—are now facing tough choices, and will likewise need to evolve if we are to survive. There is still an opening for edgy liberal platforms that allow everyday activists to engage in our politics. But basic economic realities, along with how people use the Internet now, will make this more difficult.

Facebook and other social media have hurt the blogs

Ten years ago, people would read Daily Kos the way they would read a newspaper online. You had a bunch of political blogs and websites bookmarked on your web browser, and you would visit each site one-by-one to get your news in the morning.

But Facebook changed all that. Now, you putz around on Facebook and—in between reading status updates from your friends—read news stories and blog posts that they share. Or if you “like” a news site, some of their stories appear on your feed.

This has badly hurt the brand identity that blogs have. Which is why Daily Kos has a great Social Media team that constantly puts out blog posts that have high sharing potential onto our Facebook feed. We know that a lot of people will never go directly to www.dailykos.com, and we must reach them where they are—which is Facebook.

In a given week, significantly more people will view Daily Kos-shared content on Facebook than actually go to the blog itself. When a Daily Kos story gets posted on our feed, that same story will get more Facebook comments than on the website.

The lesson? Blogs can no longer expect to have readers come to their site, but must be constantly on Facebook to spread their content and keep up the brand name.

This is not a new conversation: writing about politics is very time-consuming. And while it’s a labor of love that we’d all do for free if we could, eventually we all have to pay the bills. The first generation of bloggers came of age during the Howard Dean campaign, and so many of us have burned out because we all had to get jobs.

Which is why Netroots Nation, the annual conference of online liberal activists, started in 2006 as mostly independent bloggers—but today, it is largely a “trade convention” of folks who work in liberal politics. In some ways, that evolution is healthy. Many veteran bloggers from the Howard Dean era have now comfortably infiltrated venerable liberal institutions.

But we’re constantly reminded of independent bloggers who burn out, after they’ve done such indispensable work. Recently, an unpaid Daily Kos diarist called Charles Gaba (a.k.a. Brainwrap) announced that he could no longer keep writing about Obamacare’s implementation on the site—even though his sharp and thorough writing cut through each and every right-wing lie about the new law. At the end of the day, his constant blogging was taking a financial toll on him.

Fortunately, Daily Kos has a 1.1 million-strong e-mail list—and we were able to spring into action. The financial support we raised from the community was nothing short of remarkable, but it also reminded us all of how many people work hard to write quality content—only to burn out. So much of that work goes unappreciated, on a financial level.

As a large national blog, Daily Kos has relied on advertising revenue to grow a small business that hires about 22 people. But online advertising isn’t what it used to be, so we’ve had to find other ways to keep the site afloat: from direct fundraising to readers who support all of our work, to lead generation via our e-mail list where we partner with other progressive organizations and campaigns.

The lesson? If the netroots are in it for the long haul, we have to figure out creative ways to build revenue sources that supports all the great writing that we do.

You wrote, now what? From writing blog posts to activism

News websites are a dime a dozen, but what makes the netroots special is that bloggers are “activists”—we write about politics because we passionately care about the outcome. We don’t want to just “write” the news—we want to “make” the news. That’s what sets us aside from journalists obsessed with being “impartial.”

So writing about politics is not enough; the blogosphere also needs a pro-active component. Granted, bloggers who operate as a “truth squad” and an echo chamber through their writing perform an invaluable service—but bloggers and their liberal readers need an outlet to build on that excellent writing so that policy makers listen.

To an extent, blogs like Daily Kos have always done this—when they fundraised to elect “more and better Democrats” which got politicians to take us seriously. But not everyone can donate money, and there needs to be a way for everyone to help out.

Which is why I love my current job at Daily Kos, setting up online petitions to effect change. We monitor the blog closely to see what stories are grabbing a lot of interest from readers, and then we come up with a tangible action that our readers can take.

For example, the Daily Kos community was very upset that Congress wanted to cut food stamps—so we got over 300,000 people to e-mail their members of Congress. After Congress cut food stamps anyway, we mobilized those same people via our e-mail list to contact their Governors to demand they restore cuts at the state level.

Otherwise, bloggers burn out on their writing. I spent years at Beyond Chron writing about the San Francisco City budget—carving a “niche” where I pored over budget reports to expose waste in the Fire Department, for example. But if someone were to write a similar story today, they would find not much has changed. For a blogger who has spent hours and hours of research, that can be a very disheartening reality.

The lesson? Blogs cannot merely be a platform for liberals to write about the news. You need an “activist” component to use the blog writing to make change offline.

Paul Hogarth works at Daily Kos as an Associate Campaign Director. Click here to add yourself to the Daily Kos e-mail list, and get e-mails from Paul and the rest of the Campaigns team. You can also reach Paul directly at paul@dailykos.com.