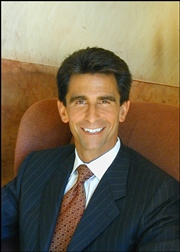 SACRAMENTO – Legislation that would help lift California’s low-wage earners out of poverty by raising the state’s minimum wage cleared its first hurdle today, passing the Senate Labor and Industrial Relations Committee with a 3-1 vote.

SB 935, authored by Senator Mark Leno, raises the minimum wage in three steps, starting at $11 an hour in 2015 and increasing an additional $1 per hour in both 2016 and 2017. Beginning in 2018, the minimum wage would be adjusted annually to the rate of inflation.

“Millions of hard-working Californians and their families live in poverty and are forced to rely on public assistance – despite holding full-time jobs,” said Senator Leno, D-San Francisco. “Accelerating an increase to the state’s minimum wage will help reduce income inequality within our communities, stimulate spending in our economy, and give low-income workers the respect they deserve for hard work.”

The Census Bureau reports that nearly a quarter of California’s 38 million residents, or 24 percent, live in poverty. An employee working full time earning $8 an hour brings home just $15,360 annually before taxes. The federal poverty level for a family of four with a single-wage earner is $23,850. San Francisco already has a higher minimum wage than the state and is considering raising it even higher. Los Angeles is also considering raising its minimum wage for hotel workers to $15.37 per hour.

Women are especially impacted by the minimum wage. About six in 10 minimum wage workers in California are women, according to the National Women’s Law Center.

“Not only will the proposed increase stabilize women, it will stabilize families and stimulate the economy,” said Judy Patrick, President and CEO of the Women’s Foundation of California. “Six out of 10 of the women earning minimum wage are breadwinners. And of that number, four out of 10 are the sole support for their families. Yet, despite working hard, because of the high cost of living in California, these women and their families are living in poverty. The long-term impact of this poverty is very costly to the state and to these families.”

Earlier this year, President Barack Obama announced he is raising the minimum wage for workers under federal contracts to $10.10 per hour while Congress weighs a proposal by Rep. George Miller (D-CA) and Sen. Tom Harkin (D-IA) setting the federal minimum wage to the same amount. In addition, prominent conservatives across the country, including Bill O’Reilly, Patrick Buchanan and Ron Unz, have expressed support for raising the minimum wage.

Importantly, Gov. Jerry Brown took a necessary first step of signing legislation that brings the state’s lowest wage up to $9 per hour later this year and $10 per hour in 2016. It would, though, still fall short of both federal proposals and give Californians less purchasing power than the state’s minimum wage did in 1968. That year’s minimum wage, if adjusted for inflation, would be worth $10.77 per hour today. Last year’s action also did not include the critical step of requiring automatic increases in the minimum wage to protect future earnings against inflation.

New research from the Institute for Research on Labor and Employment at UC Berkeley indicates that higher wages reduce turnover and improve work performance and have no negative effect on the number of jobs available.

SB 935 is co-sponsored by the Women’s Foundation of California and SEIU California State Council. It is supported by a broad coalition of groups, including consumer advocacy, human rights, labor, government, health care and social worker organizations.