Latinos and the Presidential Election: The Need for a New Political Script? 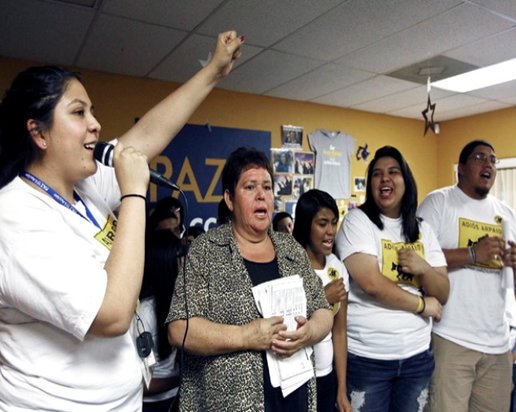 What are the key issues facing the Latino community during this unique U.S. Presidential election? Most of the discussion of the Latino role has been on the potential impact the Latino vote will have on the outcome, with concerns being largely about the need to overcome historically low voter turnout. With the Trump victory on the Republican side, the notion of a significant Republican Latino vote is not much of a consideration at this point. Therefore, one can see the reason for the focus currently being on Latino turnout in November as part of a Democratic coalition in assuring this party’s continued control of at least the White House. This focus has made the securing of resources to mobilize this vote the single most important priority.

Within the Democratic camp, the Bernie Sanders campaign has highlighted some divisions in that party to which Latino have been so loyal. He has pushed the political needle in progressive directions in his critique of the role of Wall Street and money in American politics, the need to extend the right to free public education to the community college level, and other issues. This has been helpful in broadening the Democratic Party agenda in ways that can make it more relevant to the needs of a largely poor and working class group like the Latino community.

In large part, the unusually divided nature of the national political process this year is a reflection of the weakening of the role of the major political parties in the Presidential election process. The relative weakness of the Hillary Clinton campaign, which originally seemed to expect a coronation, presents an opportunity for Latino political leaders. Perhaps led by the Latino Sanders’ people, they could play a more influential role in determining the party’s platform, the composition of the new White House team and the party’s leadership, as well as the overall future direction of the party. Up to this point, the Democratic Party and leaders like the Clintons have taken the Latino vote for granted, especially given the lack of a real alternative being offered by the politically schizoid Republicans and the absence of a currently viable third party.

While all the attention so far has been on the national election, there is as important a need to pay greater attention to Congressional and state elections. Here the Republicans have dominated and Latino Democratic representation has weakened. As the case of Puerto Rico’s debt crisis has highlighted, along with inaction on serious immigration reform, Republican domination of the Congress has been detrimental to Latino community interests. It is clear that relying on progress in this area to result from the coattails of the Presidential candidates is not practical, except that the possible Trump-based implosion of the Republican Party could have the effect of increasing Democratic control of the Congress. But there is clearly a need to not rely on these broader forces and pay greater attention to strategies at the more levels.

In all of the discussions on the role of the Latino vote this year, some key factors seem to be missing. One is the growing consensus in the Latino community that its political leadership is too compromised and timid. This is expressed many times as the complaint that Latinos do not have any national leaders like “an Al Sharpton.” There is also the frustration with a professional nonprofit and civil rights managerial class that is too mainstream and not militant enough. Much of the more prominent national Latino political leadership appears to be too much in bed with the White House and the Democratic Party hierarchy. These are concerns one hears continually, largely in an informal bout of frustration and not as the starting point of a much-needed debate about the merits of this criticism and the development of solutions.

When the discussion turns to the problem of low Latino political participation in voting, the general problem seems to be identified as the result of individual apathy or lack of information. Election season after election season, Latino community, and political organizations conduct voter registration and, in some cases, get-out-the-vote campaigns, with usually meager results at the national level. However, we rarely stop to reevaluate these strategies critically, sometimes mindlessly repeating this process in perhaps more technologically advanced but not necessarily more effective ways. However, as the issue of the discriminatory effects of voter ID laws has made clear, the problem of low Latino voter participation is largely structural in nature and requires a comprehensive reform of the country’s voting system. Changes such as making election days a holiday, allowing same day registration, promoting felony enfranchisement, among others that would make voting easier and eliminate the social class biases that limit it, should become a major priority for the Latino community.

This year’s Presidential election primaries has not only highlighted the growing internal problems of the two major parties and their waning influence at the national level, but it also raised questions about the privileged status they are granted by government. Although they are usually characterized as being “semi-private” political organizations, they clearly function as private entities. They are also representing decreasing sectors of the electorate with the significant increase in independent and other party voters. This raises the question of why government fully subsidizes their party primary elections to the tune of millions of dollars annually when these parties are clearly capable of raising their substantial funds. I would argue that it is time that we reassess the granting of the Democratic and Republican parties this privileged status and the financial underwriting of their primaries by the taxpayers.

The drama and party divisions of this year’s unusual election season have been confusing to many but also presents some interesting opportunities for the Latino community if only our leadership could be creative enough to take advantage of them. The fact that developments this year have resulted in the old political scripts becoming increasingly unreliable guides to political behavior points to the possibility that Latinos could become major players in writing the new ones.

Angelo Falcón is President of the National Institute for Latino Policy (NiLP), for which he edits The NiLP Report on Latino Policy & Political Issues where this article first appeared. He can be contacted at afalcon@latinopolicy.org.