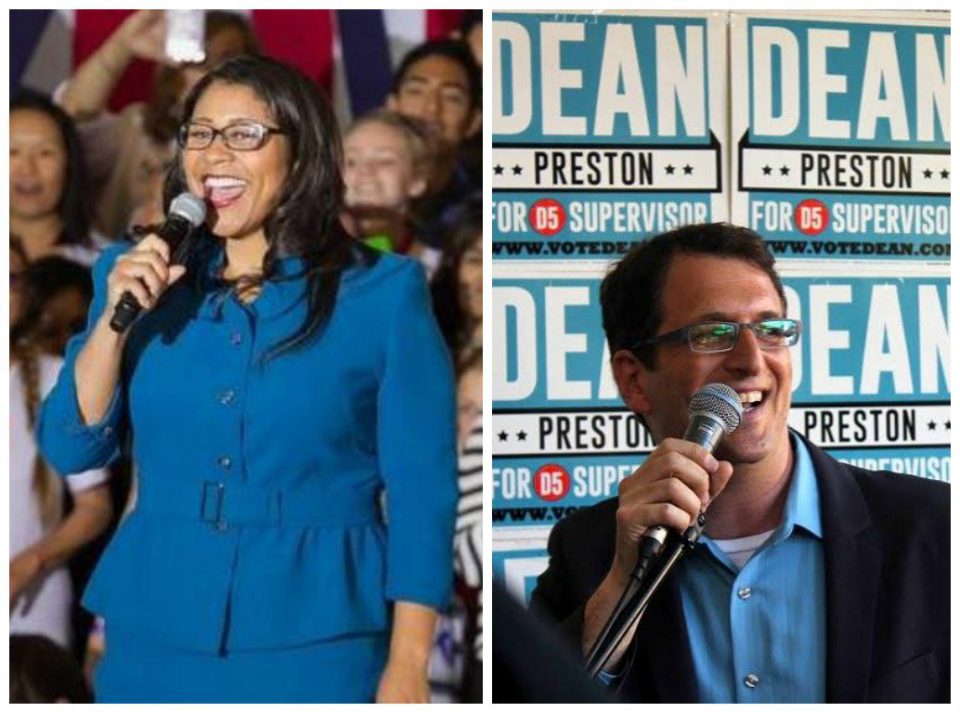 As absentee voting has begun and Election Day nears, some key San Francisco races may be tightening.  Unfortunately, the tightness of these contests have led to increasingly negative campaigning.

This is particularly true in the D9 and D11 supervisor races and in the Wiener-Kim State Senate contest. In contrast, candidates in D5 and D1 have remained on the high ground, with the London Breed-Dean Preston race getting my nod as the least negative and policy driven contest.

In D9, Hillary Ronen’s camp is attacking rival Josh Arce as “the candidate” of the SF Police Officers Association, not a real popular group in the district where Alex Nieto was killed by police (The SFPOA endorsed Arce for his DCCC race but not for supervisor) Ronen’s campaign has also called out Arce for allegedly lying about issues, and even implied that Arce’s campaign was behind the hate speech graffiti sprayed on Ronen’s campaign office.

Ronen began as the clear favorite in this race due to her support from the prior two D9 Supervisors, Tom Ammiano and David Campos. She also has a particular edge this election cycle as a woman running against a man in a progressive district.

Yet her campaign’s attacks on Arce may indicate that independent expenditure campaigns backing him are having an impact.  Ronen would have no reason to go so negative if she were safely in the lead.

Ronen remains a heavy favorite, but this race may be closer than I’ve thought.

Ahsha Safai in District 11 has recently been besieged by negative attacks,  which is likely attributable to his front runner status.  Kimberly Alvarenga backers are particularly questioning Safai’s  progressive credentials, a smart line of attack given that the most progressive candidate has won all of the D11 races since 2000 (Sandoval and Avalos).

I don’t know the D11 electorate well enough to assess whether these attacks on Safai will succeed. But Safai may be protected from such charges due to his endorsement by the city’s most progressive union (UNITEHERE Local 2, who duo endorsed) and by Jane Kim (who also duo endorsed). He also got the sole endorsement of the city’s largest and most activist tenant organization (the Community Tenants Association).  Safai is also a close ally of SEIU Local 87 and its charismatic leader, Olga Miranda. Miranda is the highest ranking Latina on the SF Labor Council.

I previously wrote, “The cost of winning election as a supervisor or state legislative candidate in San Francisco is so high that it requires people to raise money from people who they may disagree on many if not most issues.” If progressives think they can elect a mayor, state senator, or even a supervisor in most districts who does not need funding from non-progressive sources, they should be running millionaires.

The D11 race is clearly tightening, and remains the most competitive supervisor contest.

London Breed and Dean Preston deserve credit for running substantive, policy-driven campaigns. Breed has reinvented her political identity since 2016 began and has backed a number of progressive measures. Since Preston attacked her for past votes favoring Airbnb, she voted with the Board’s progressives last spring to require registration.

Last week Breed cracked down even more on short-term rentals when she joined Peskin and Campos in sponsoring tough new legislation limiting all Airbnb rentals to 60 days. Breed’s measure also includes a desperately needed nonprofit enforcement provision (which I have been pushing time and time again since Mayor Lee and Supervisor Kim backed the proposal in 2014).

Can Preston convince D5 voters that Breed’s progressive record will end after the election? It won’t be easy.  This may not be an election cycle where D5 voters want to replace an African-American woman with a white male, particularly when that woman is President of the Board of Supervisors. Preston’s efforts to distinguish his own progressive credentials were recently helped when he became the only supervisor candidate in California endorsed by Bernie Sander’s new political organization, “Our Revolution.”

The D1 race was temporarily rocked by reports that front runner and School Board member Sandra Lee Fewer solicited campaign donations from school district employees. But Fewer did nothing illegal and had a legal opinion to support her.

After the smoke cleared it came down to certain people telling the media  that Fewer’s conduct was “unethical.” If D1 voters share that view and believe that Fewer’s following the law was not enough, the issue could tighten her race with Marjan Philhour. Both Fewer and Philhour have stayed on the high road throughout this race.

Jane Kim and Scott Wiener are two of the most substantive and legislatively productive politicians the city has produced. Both graduated from elite colleges, became attorneys, and take pride in being known as policy wonks.

But these career parallels are overshadowed by a “vast chasm” in their ideology and political approach. These sharp differences should have made this a policy driven race about the current and future of San Francisco rather than a contest that has descended into a constant array of negative attacks.

Kim addressed what this campaign has turned into at her rally with Bernie Sanders last Saturday, and urged a refocusing on the issues that divide them.  Scott Wiener is just as confident as Kim in the rightness of his views, and it is unfortunate that negative campaigning could cloud voters understanding of this critical race.

With backers of both Kim and Wiener fervently believing their candidate’s policies are supported by the majority of voters, there’s still time for issues rather than hit pieces to decide this race.

San Francisco (and the parts of San Mateo County included in the district) deserve no less.

Finally, I’m finding that people are so focused on Donald Trump’s latest speech or scandal that local elections are being tuned out. This focus is understandable, but it means that voters will either skip a lot of local ballot measures due to a lack of information or be more reliant on the guidance of trusted slate cards.

I’ll discuss the political impact of this in a future article.

Randy Shaw is Editor of Beyond Chron. He will be discussing the national, state and local elections with the SF Examiner’s Joe Fitz Rodriquez and SFDCCC head Cindy Wu at the Tenderloin Museum on Nov. 7 from noon-1pm. Click here to buy tickets.