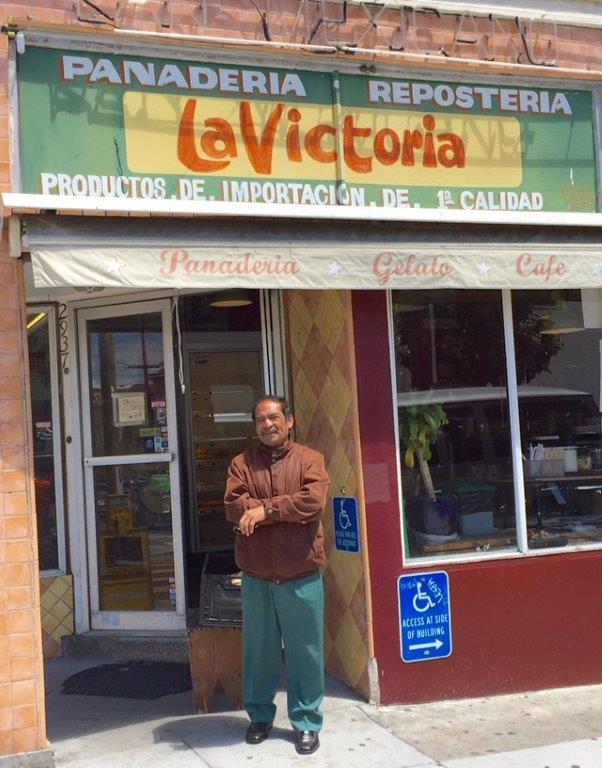 A Mission Block Under Siege

Raul Vasquez is the 11th victim of an Ellis Act eviction in the 2800 block of Folsom Street. I previously profiled the first nine victims, as well as the Mission swing dancer who was the tenth.

Raul was born to bake. While his early life was in Guanajuato, Mexico, in search of a better life for his family, Raul migrated to the United States 30 years ago and settled in the Mission District. Raul found affordable housing in the 2800 block of Folsom and good work at La Victoria Panderia on 24th Street. For 28 years Raul has been the primary baker, or “Panadero” at La Victoria.  Raul recently retired due to disabling medical conditions.

Settling into the Mission allowed Raul to make a reasonably good living and obtain affordable housing while he raised five children. Raul’s children are grown and he now has six grandchildren.  Some of Raul’s baking specialties were “Alfajores”, “Cuernos” and “Bollilos”,  or Peruvian cookies, Mexican croissants and Mexican sandwich rolls, respectively.  The Mission is Raul’s community and the only life that Raul has known for most of his adult life. His church, Iglesia St. Peter is several doors away from the bakery and is health care providers are located within walking distance at 16th and Capp streets.

Raul is at an extreme loss as to where he will live if he is evicted. The Ellis relocation funds will not even begin to help Raul in obtaining housing in San Francisco. While his children are grown, Raul cannot imagine how he will be able to stay in the Bay Area and remain in contact with his children and grandchildren.  For Raul, successful use of the Ellis Act will forever exclude him from San Francisco.

Whereas the Ellis Act was intended as the means for long-term landlords  to go out of residential rental business, Ellis exploiter Danny Sun never intended to be a landlord. Rather, he acquires rent-controlled buildings, expels the long-term tenants, performs a quick rehab and then sells the operation as a tenancy-in-common, at a huge gain. On August 19, 2015, Sun purchased the 2820-2824 Folsom Street building.  Barely 7 months later, Danny Sun served eviction notices on all 12 long-term residents, 9 of whom are San Francisco-based artists. In 2015 Danny Sun performed the same kind of affordable housing rip-off at 642 Natoma.

As previously described, private family trust and pension plan money facilitates  the rip-off.  The Levine Family Trust, of which Howard and & Irene Levine are Trustees, loaned Sun $200,000.00 for the Folsom Street evictions. In addition $500,000.00 was borrowed from the Boris and Tiffany Beljak Family Trust,  $590,000.00 from The One to Four, Inc. Profit Sharing Plan and $350,000.00 from investors Leo and Donna Boger of San Jose.

Exploitive use of the Ellis Act in the Bay Area erects an “economic wall” as against those of moderate income, often artists, musicians, dancers, artisans, teachers and those serving non-profits. Thus, many who have contributed greatly to the City’s cultural vibrancy, once they have lost their rent-controlled housing, are forever economically-barred from San Francisco.

This is particularly egregious where the motive is pure profit, realized by real estate speculators who acquire, Ellis evict and convert rent-controlled housing into tenancies-in-common, sold at huge gains..

Stephen P. Booth is an attorney at the Tenderloin Housing Clinic who represents Raul Vasquez