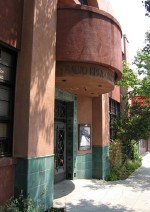 The future of KPFA radio is now in the hands of its members, who have until September 30 to cast ballots in Local Station Board elections. KPFA and Pacifica Radio have faced many “moments of truth” since progressives defeated a corporate takeover of the network in 1999, but the financial challenges and internal infighting have never been worse. On one side is the Save KPFA slate of candidates, who believe the station should be the voice of the entire progressive community, and must expand listenership to help broaden the progressive base. This slate is opposed by the Independents for Community Radio (the “Independents”), who believe the station should primarily speak to its core base – prioritizing “wildly unpopular perspectives that could never get on the air anywhere else.” A victory by the Independents will likely usher in massive downsizing at KPFA, eliminating popular programming and replacing the current paid, unionized on-air staff with all volunteers.

Since my story last March about the growing crisis at KPFA and Pacifica, the situation has worsened. KPFA’s unionized radio staff is facing continued attacks from those favoring an all-volunteer station – leading a large contingent of prominent progressive and labor activists including Norman Solomon, NUHW leader Sal Rosselli, Dr. Carlos Munoz, and Pratap Chatterjee to publicly endorse the SaveKPFA slate (I am among the slate’s many endorsers).

The reason so many activists have decided to go public supporting a KPFA Local Station Board candidates slate is that the radio’s network ability to broaden the progressive movement is at stake. The two leading slates offer a choice between a vision of a professional operation that seeks to expand public exposure to progressive campaigns and ideas – and one that prefers to “speak to the choir,” believing that KPFA’s and Pacifica’s mission is to give voice to stories and ideas regardless of their broader interest.

Tracy Rosenberg, a candidate of the Independents who has written extensively on the dispute, recently wrote a piece for the Berkeley Daily Planet that reflects her (and perhaps others) profound misunderstanding of KPFA’s historic legacy.

According to Rosenberg, the Independents are the true heirs of Pacifica founder Lew Hill’s vision for KPFA. Noting that Hill was a “World War II pacifist who went to jail rather than fight in ‘The Good War,’” she argues that “he founded this place particularly and specifically to broadcast wildly unpopular perspectives that could never get on the air anywhere else.”

Rosenberg is partially right; Hill did promote perspectives out of the mainstream of the time. But what Rosenberg overlooks is that Hill sought to include a wide spectrum of views – rather than allow the sectarian left to monopolize coverage, which Rosenberg and her allies prefer.

Reviewing some old KPFA program guides (known as the Folio) from the 1960’s, I was surprised how much of the programming was devoted to classical music. There was a regular show on Israel hosted by a staffer from the University of Judaism in Los Angeles, and many speeches and addresses from academic conferences. KPFA also regularly broadcast melodramas, such as Sophocles and Homer.

Far from being a radio station run by and for the sectarian left, Lew Hill’s KPFA even had Republican Caspar Weinberger (who went on to serve in the cabinets of Nixon and Reagan) on the air. Hill wanted KPFA run as a staff collective, and would never have supported Rosenberg’s goal of putting listeners – rather than radio professionals – in charge of programming.

Rosenberg is the Director of Media Alliance, and has used that position to advance her agenda at KPFA, often without disclosing her personal interests. For example, she recently wrote a Huffington Post article that attacked the Save KPFA slate without disclosing her own candidacy on a rival slate; that seems odd for someone who runs an organization focusing on media ethics.

Rosenberg is openly critical of many staff, and even worked behind the scenes to recall Board member Bonnie Simmons, host of the popular Bonnie Simmons Show on Thursday nights. Simmons is a leader in promoting Bay Area musicians, and from her days as program director of KSAN in its 1970’s heyday to her present role at the Bill Graham Foundation and with Hardly Strictly Bluegrass, she is one of the music industry’s most respected members.

Sadly, Rosenberg’s attacks on Simmons are symptomatic of her misguided perspective on the station.

If it’s so obvious that the progressive community is better served by the SaveKPFA slate, than why did the Independents narrowly win the last election and could also prevail now?

The answer is twofold.

First, interpretations of election rules have distorted voting for the staff positions on the Board. For example, each individual member of a large collective that works together on a show that may run for just a half hour a month gets equal voting rights with a full-time staff person. This occurred with the show Pushing Limits, whose half hour shows runs twice a month, and is on air for only around an hour a month, and yet was awarded 10-12 voting collective members.

Second, and more importantly, a large number of KPFA members do not vote.

People financially support KPFA, because they like what they hear on the radio. Most want nothing to do with governance, and do not return the local station ballots.

The result is that only 14 % of members, a little under 3000, voted in the last election. And as the right-wing proved in the 1994 mid-term elections and hope to prove again this November, when only a small, unrepresentative minority votes, the majority will can be frustrated.

Voting continues until September 30. You can find out more information on the SaveKPFA slate at SaveKPFA.org and the Independents for Community Radio at http://bit.ly/awwRm0.

Randy Shaw is the Editor of Beyond Chron and has publicly endorsed the SaveKPFA slate.