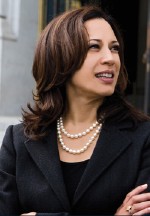 Tonight at 5:30 p.m., District Attorney Kamala Harris – who has yet to formally declare victory in the California Attorney General’s race – will host a “special announcement and celebration” at Delancey Street. A “celebration” on November 30th (which is also the deadline for when all votes must be counted) is now a foregone conclusion. But the “special announcement” is likely when Kamala Harris plans to resign from the D.A.’s office – which, depending on what date, will decide which Mayor gets to pick her replacement. Or it could be an announcement as to who she wishes to be appointed in her stead. As for Gavin Newsom, he has made it no secret that he wishes to stay as long as possible before heading to Sacramento – as he fears that the current Board of Supervisors will pick his replacement. But meanwhile, the voters approved a Charter Amendment on November 2nd mandating “Question Time.” If Gavin chooses to remain as Mayor until the last possible moment, he may have to finally attend one Board meeting – which wouldn’t be a bad thing, as the City grapples with a transition during tough fiscal times. In fact, he did it once before back in 2008.

Kamala Harris’ victory as Attorney General not only constitutes a “sweep” for California Democrats in every statewide office. It also adds a new layer to the palace intrigue at City Hall. Gavin Newsom’s exit from Room 200 to the Lieutenant Governor’s Office means that the Board of Supervisors will get to pick an Interim Mayor, and the obsessive question has been – will it be the lame-duck Board who gets to decide, or the new Board which takes office on January 8th? Add to the mix that the District Attorney’s Office will be vacant – and the City Charter allows for the “Mayor” (whomever that may be at the time) to appoint her replacement – and there’s suddenly a lot more at stake going on here.

According to the state Constitution, Newsom and Harris both take office on January 3rd – and Newsom has made it no secret his desire to remain Mayor for as long as he can. So if Kamala Harris resigns any time before that date, chances are that Newsom will get to make a lame-duck appointment. And that would be just as unfair (probably moreso) than allowing for the current Board to make a lame-duck appointment for Interim Mayor. If that’s the case, maybe Harris will announce today that she’s endorsing her replacement?

Meanwhile, Newsom is hoping to stay in Office until the last minute – for fear that the current Board will appoint an Interim Mayor. Which raises another question – could this mean that he would actually have to attend Question Time, which he avoided for 4 years?

In 2006, San Francisco voters passed a non-binding “advisory measure” which asked the Mayor to attend a monthly Board of Supervisors meeting to engage in policy discussions. Newsom chose to respond by refusing to go, instead staging Town Hall Lectures throughout the City. In 2007, the Board put Question Time as a mandatory Charter Amendment on the ballot, but it failed. This year, they put it on again as a Charter Amendment – and it passed.

So when does Question Time go into effect, where the Mayor – whomever that may be – must attend a monthly Board of Supervisors meeting? According to a City Attorney memo, Charter Amendments don’t become law until they are “accepted and filed” by the Secretary of State’s Office – according to California Government Code Section 34460.

First, the Elections Department must complete the vote count – which under state law must be done by today. Then, the Board of Supervisors – presumably at its next meeting on December 7th – must certify the election results. At that point, the City must submit a copy of all approved Charter Amendments to the Secretary of State – who will “accept and file” them. According to the City Attorney, that means in “mid- to late-December.”

After December 7th, the Board has one more scheduled meeting – on December 14th – before Gavin Newsom must leave office and take the Lieutenant Governor’s position on January 3rd. In other words, there would be a period of time where Newsom would still be Mayor and Question Time would be part of the City Charter – if the Board does meet.

Does this sound petty? Not really, if you believe that attending a regular Board meeting to answer questions from the Supervisors and engage in policy dialogue should be part of what we expect from a Mayor. In the four years while avoiding Question Time, Newsom attended one Board meeting – where he announced mid-year budget cuts. Far from becoming “political theater,” the Supervisors took the moment seriously – and treated the Mayor with respect.

Whoever becomes Interim Mayor – whether that person is chosen by the current Board, or the new Board – will inherit a mess. The city will have a $400 million budget deficit, and it’s very possible that the Mayor will have to make mid-year budget cuts. Newsom owes it to the City to attend one Board of Supervisors meeting in December, where he can answer questions from the legislative branch about the City’s fiscal health. It’s the least we can ask from him before he leaves for Sacramento …