Judicial Bias Out of Control in SF Superior Court 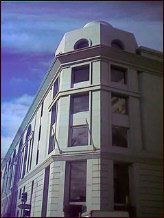 As 2009 drew to a close, the Appellate Panel at SF Superior Court quietly upheld the eviction of long-term San Francisco resident, Susan Suval. Without any explanation, the court rubber-stamped the erroneous trial court ruling that allowed a landlord to invoke the Ellis Act despite a written agreement with the City that he would do no such thing.

Suval Eviction – From Bad to Worse

I previously reported on the illegal eviction of Susan Suval. Suval’s landlord initiated an Ellis Act eviction in direct violation of his written agreement with the City to continue renting to low-income tenants for five years. The judge refused to even allow the jury to hear evidence at trial of the landlord’s agreement with the City, assuring a victory for the landlord.

The Appellate Division not only missed its opportunity to correct his injustice, but the three-judge panel compounded the injustice. The appellate panel could not even bring itself to issue a ruling discussing the merits, instead summarily affirming judgment for the landlord without comment.

For those who complain that San Francisco’s judges refuse to follow laws protecting tenants, this case provides indisputable proof.

Many judges join the bench after working at corporate law firms. With this background, some equate the monetary stakes of a case with its importance. Typical eviction cases involve pennies compared to multi-million dollar disputes between corporations. Many judges resent having to spend time on these cases when more “important” cases are waiting.

I represented Suval in her successful defense against eviction several years ago at the hands of the same landlord who later invoked the Ellis Act. In that case, Suval’s landlord claimed he wanted to move into the property, a claim belied by his claim under penalty of perjury that he also wanted to move into his recently purchased home in Daly City. The jury of 6 property owners and 6 tenants determined that the landlord was not evicting in good faith.

But I remember being disgusted by one comment the judge made as she arbitrarily cut off our closing argument, stating that “this case doesn’t warrant more than a 20 minute closing argument.” The statement was revealing. Without a doubt, she would have allowed longer closing arguments after a week long trial in a commercial dispute. But because this week-long trial involved “only” the housing of Ms. Suval, it was not worthy of more court time.

This occurs again and again in SF Superior Court. Judges barely read tenants’ papers (if they read them at all), apparently assuming that all filings by tenants are just frivolous delay efforts. Arguments that landlords have failed to comply with the law are met with judicial comments signaling that “it’s the landlord’s property and they can do what they want with it.” This is not what the law says, but it is repeatedly what judges in SF Superior Court say or imply from the bench.

When I began defending eviction cases in SF Superior Court, I was shocked by the level of judicial bias against tenants. Perhaps I was naive, having worked early in my legal career for a Republican-appointed federal judge who believed that judges should apply, not write, the law. In a year as his clerk, not once did I see him ignore the law in order to favor powerful interests over those of regular working people. I hoped that other judges, regardless of their political affiliation, had the level of intellectual integrity that I saw every day during my judicial clerkship.

I’ve thought long and hard about why San Francisco judges are so hostile to tenants. I’ve concluded that most simply do not believe in tenants’ rights, particularly rent control and its eviction protections, and view their job in housing cases as protecting a landlord’s “right” to do what he or she wants with his/her property. Most of these judges are property owners or landlords themselves, as are their family and friends. They view rent control as unfair to landlords. They view tenants as wasting their time by raising defenses to eviction in order to delay the inevitable.

Readers may wonder, “if it is so bad, why don’t I hear about this more often.” The answer is that lawyers appearing in these courts are not in a position to complain. Calling out a judge is risky business if that judge will preside over your trial next week.

Low-income and disabled due to polio, Susan Suval is as sympathetic a litigant as one could find. She’s a remarkable person, raising her family in the Sunset District, serving her neighborhood tirelessly, and representing everything that is good about the City of San Francisco. In contrast, her landlord is a real estate agent and lawyer who essentially stole money from the City – the City Attorney is suing him for taking grant money on condition that he continue to rent his property, reneging on his agreement, and refusing to return the money to the city.

Suval is not alone, as many sympathetic tenants fall victim to biased judges even where their landlords are totally unsympathetic. Consider the increasing frequency of cases in which banks are evicting innocent tenants after foreclosure. San Francisco judges have repeatedly blocked tenants in foreclosed properties from even filing papers in the court, claiming that tenants waived their rights to contest what are clearly illegal evictions. Only judges who are completely biased or totally out-of-touch with the plight of working people could possibly use their discretion to reward national banks that undertake illegal evictions against innocent tenants.

San Franciscans will also remember the cases of Grace Wells and Lola McKay. 83-year-old Grace Wells had lived in the Western Addition for decades. An out-of-town landlord bought the property and used the Ellis Act to evict Wells. The eviction was illegal, but the trial judge issued rulings robbing her of her defenses and forcing Wells to settle the matter and move so she could be spared the hardship of a trial.

Lola McKay, an 84-year-old tenant who had resided in her Mission District home for 50 years died fighting eviction at the hands of John Hickey, now serving a long prison sentence for elder abuse. Hickey was already under investigation when doing the Ellis Act eviction, but the judge bent over backwards to twist law in the landlord’s favor and deny the tenant full opportunity to litigate before a jury.

Countless other tenants turned to the SF Superior Court for help against ruthless speculators who set out to destroy the fabric of San Francisco by driving long-term tenants from their homes. Most notably, CitiApartments (aka The Lembi Group) employed bullying tactics that would shock most readers in an aggressive effort to push tenants out of their rent controlled homes. By and large the courts were complicit in their efforts, allowing the landlord to move forward with abusive evictions and refusing to impose sanctions for outrageous litigation conduct by CitiApartments and its agents.

Likewise, San Francisco judges bent over backwards to make sure that WB Coyle – a serial evictor in North Beach – and other speculators could purge their buildings of long-term tenants. Never mind that Coyle’s companies (including Telegraph Hill Properties) utilized an illegal business practice to evict tenants, or that Coyle’s evictions directly violated recorded deeds of trust in which he agreed not to evict without lender consent, or that Coyle repeatedly waived the right to evict under the Ellis Act by continuing to accept rent after supposedly “removing” units from rental use. Even where tenants had clear defenses, San Francisco judges went out of their way to deprive tenants the right to a jury trial.

There was one notable exception: Judge Charlene P. Mitchell issued an injunction against Coyle and his crew stopping an illegal subdivision scheme and Ellis Act evictions. Judge Mitchell’s ruling served to keep long term-low income tenants in their homes for years. This case illustrates the power that judges have to protect or ruin lives with the stroke of a pen. Judge Mitchell is one of the few in the Superior Court who has been willing to go where the law leads, even if that means standing up to well-financed real estate interests.

Biased Judges Can Be Ousted

Former San Francisco Supervisor Gerardo Sandoval ran a race raising such issues in 2008. He made protecting tenants’ rights part of his campaign to unseat a sitting judge, receiving the endorsement of the San Francisco Tenants Union in his race against the incumbent. Judge Sandoval now sits on the SF Superior Court bench.

In Los Angeles, candidate Lynn Olsen successfully challenged veteran Judge Dzintra Janavs. As Randy Shaw pointed out in a 2006 article on the race, Janavs was challenged in large part because of her strong anti-tenant bias. After all, she was the judge who issued the ruling allowing Ellis Act evictions to move forward at Lincoln Place despite the developers’ written agreement with the city that tenants would not be displaced, a situation finally resolved in the tenants’ favor after a lengthy appeal.

It is not too much to ask for judges to follow the law in housing cases. Those who refuse to do so and unfairly deprive tenants their day in court should be relieved of their robes.