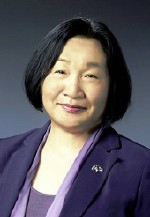 The story headline in the November 4 San Francisco Chronicle said it all, “Oakland mayor: Perata’s lead seems insurmountable.” With Don Perata at 35%, Jean Quan at 24 percent, Rebecca Kaplan at 21 percent, and Joe Tuman at 12 percent, ranked choice voting expert David Latterman stated “mathematically, she (Quan) just can’t do it. She would have to get virtually 100 percent of the votes of everybody behind her.” Latterman noted at last Thursday’s SPUR post-election meeting that nowhere in the world had a candidate come from so far behind to win through ranked-choice voting (Australia and New Zealand are among the many nations using the system), leading myself and even Jean Quan to assume that Perata’s victory was a done deal. But nobody accounted for a political miracle, and while the final outcome is still subject to some provisional ballots, Jean Quan and her supporters have likely pulled off the biggest political upset (she now leads 51-48.9%) in the modern history of not only Oakland, but the entire Bay Area.

Don Perata began running for Oakland mayor almost from the time term limits forced him out of the State Senate at the end of 2008. He assembled a campaign dream team of John Whitehurst, Larry Tramutola and others, won the support of key public safety unions, and raised significantly more money than his opponents.

As Election Day approached, the consensus was that Perata would be Oakland’s next mayor. Many had seen him as beatable, but the feeling was that Jean Quan had not run a sufficiently organized or strategic campaign to win a David v. Goliath struggle.

Here’s how the miracle of Oakland occurred.

After electing two-high profile mayors from outside the community (Jerry Brown lived in Oakland but was not involved in local politics; Ron Dellums had spent most of the last three decades in Washington, D.C.), Oaklanders wanted a mayor who they had worked with on local issues. Both Jean Quan and Rebecca Kaplan fit this bill, but neither appeared to have the campaign infrastructure necessary to defeat the well-oiled Perata campaign machine.

So the desire for a different type of mayor was present from the start, and Perata proved so unpopular among voters that it did not take a great campaign to defeat him. Why did voters so willingly embrace the “anyone but Don” message?

Perata was viewed as a career politician who was running for mayor because he needed a new job. In contrast, Quan and Kaplan were seen as people primarily concerned about improving Oakland.

My only direct experience was Don Perata was when he followed John Burton as California State Senate Pro Tem (ironically, Perata only won election to the Senate because his two opponents, Keith Carson and Dion Aroner, split the progressive vote and there was no ranked choice voting in the race). It was the equivalent of Abraham Lincoln being followed by Andrew Johnson, as Perata had none of the skills or the combativeness for the disenfranchised of his predecessor.

I learned that my low assessment of Perata’s abilities was widely shared in Oakland, and that he lacked the positive star quality of either former mayor Jerry Brown or incumbent Ron Dellums. But few if any thought that these doubts about Perata would lead to the election of Quan or Kaplan, neither of whom fit the city’s image of mayors since Elihu Harris left the state legislature to become Oakland’s mayor.

Oakland is no longer the low-turnout, the most-money-wins elections type of city many think of it as. Oakland showed on November 2 that it can resist the expensive campaigns of the next new thing, which few cities across the nation can say.

It took extraordinary political sophistication for Oakland voters to pull off the massive ranked choice voting switch that moved 75% of Kaplan’s votes (15, 426) to Quan. From a political junkies perspective, it is awe-inspiring.

I do not know Jean Quan well, and recognized that even many progressives who supported her are waiting to see that she has what it takes to provide the strong leadership Oakland needs. And after my bad mistake in believing Ron Dellums would be a great mayor, I will make no predictions on Quan’s success.

But I will predict that Oakland government will be more collaborative and democratic than it may have ever been. And that Quan will do a far better job of harnessing the talents of city residents than her many predecessors, all of whom favored a more top-down approach.

While provisional ballots remain to be counted, Jean Quan and Oakland voters have already created a political earthquake likely to be felt across the state. I congratulate all those who kept pounding the pavement and phone lines in the face of Perata’s millions of campaign dollars, and who never gave up in their belief that Oakland could choose a different course.

Randy Shaw is the Editor of Beyond Chron. His Beyond the Fields: Cesar Chavez, the UFW and the Struggle for Justice in the 21st Century is now available in paperback.