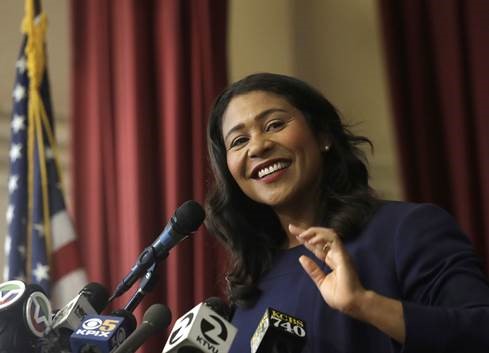 But San Francisco’s mayor’s race has only one major candidate: Mayor London Breed. Breed faces no serious challenger. That candidates for other offices are campaigning while no major candidate is even rumored to be considering a run against Breed is telling.

It tells me that the coast to Breed’s re-election is clear.

Breed’s victory over two strong challengers in June 2018 has left her essentially invulnerable for November. Just as Dianne Feinstein’s defeat of a recall in early 1983 paved the way for an uncontested victory that November, Breed’s triumph over the combined power of Mark Leno and Jane Kim has likely deterred a new challenger..

Incumbent mayors are only defeated in San Francisco if they lose key parts of their original base. Art Agnos lost liberal homeowners over “Camp Agnos” at Civic Center Park. Frank Jordan’s “base” was more about voters disappointment with Agnos; their temporary loyalty to Jordan shifted to backing Willie Brown in 1995.

Agnos (1991) and Jordan (1995) are exceptions—-San Francisco typically re-elects its mayors and usually without major opposition. The last incumbent to face a major challenge was Willie Brown in 1999, and he beat Tom Ammiano by nearly 20%.

London Breed has not lost any portion of her June 2018 base. In fact, she has likely expanded her support.

Breed has added voters who backed Leno out of a desire to elect the city’s first gay mayor and who favored both rivals because they felt Breed lacked sufficient experience. She has also wooed the powerful Chinese-American constituency by appointing Ivy Lee to the Community College Board and Jenny Lam to the School Board.

It also seems that Mayor Breed has spent as much time attending Chinatown events as Mayor Lee. Breed did well among Chinese-American voters last June and will likely do even better in November.

No Weakness on Issues

The Breed camp knew from the start that there was only one issue that could put the mayor’s re-election in jeopardy: homelessness. And Breed has continually focused on the issue to ensure that the homeless crisis does not hurt her.

Yes, she botched the handing of Prop C by opposing the measure only days before Salesforce’s Marc Benioff went all in on the Yes side. But fortunately for the mayor the measure passed. Breed then got a gift from Sacramento with the ERAF funds, which led her to become the city’s leading champion of spending $181 million for housing and homelessness.

Breed went from opposing Prop C to being the politician in San Francisco most committed to quickly implementing it.

Breed pushed  the city to replace the money held up by lawsuits challenging the less than 2/3 approval of Prop C and other measures. And when supervisors balked, Breed fought even harder for funding housing and homelessness. As a result,  San Francisco’s homelesscrisis is unlikely to claim London Breed’s mayoralty as a victim.

Can more be done to make San Francisco an even greater city?  Absolutely. But I do not see voters eager to entrust this task to someone other than London Breed.

I assume other potential major candidates see it the same way. Which is why none are planning to run against the mayor.