Should the Internet Change How SF Uses Land? 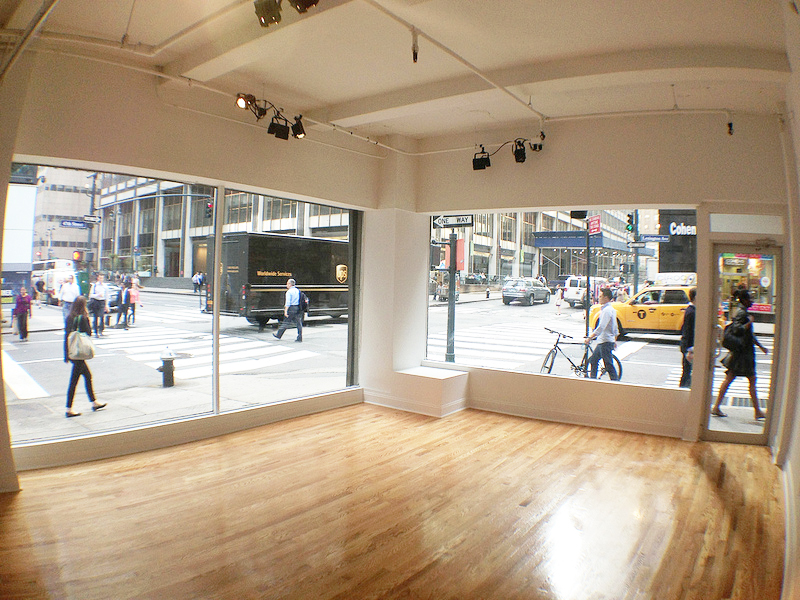 The closing of once popular San Francisco restaurants like AQ and the decline of longtime Union Square pillar Macy’s raise a larger question: Have the fundamentals of urban retail changed?

If the answer is yes, San Francisco could decide to reduce retail requirements in new housing developments while adding badly needed housing. This would represent a dramatic change in “best practices” for urban neighborhoods.

Jane Jacobs’ support for mixed use development with “eyes on the street” has long been seen as the best urban design strategy.  But this vision assumed that the retail under housing could be rented;  what if it cannot?  Or what if the only market for these retail spaces are for offices closed on evenings and weekends? Such uses do not offer the ongoing street activity that created Jacobs’ famed street “ballet.”

As San Francisco combats its housing shortage, requirements that ground floor space under housing become retail need to be open to debate.  We may conclude that the city should not be giving up housing units for retail spaces that are not needed.

An intriguing recent story out of New York City found that despite the economic upturn, vacancy rates are up in every Manhattan retail corridor. Some argue that unlike past downturns, this one is not cyclical. Brokers believe that “brick-and-mortar retailers will shrink dramatically during the next few years, so supply of retail space will outweigh demand for it.”

I recall Berkeley Daily Planet Editor Becky O’Malley questioning over a decade ago  whether Berkeley had too much retail in light of residents’ shifting purchases to the Internet. Urban America’s buying habits have shifted dramatically since that time, raising questions as to whether it’s time to rethink the popular model of mixed-use development.

Like nearly everyone else, I prefer the look of mixed use streets. I bemoan the Tenderloin’s unusual lack of mixed use housing,  despite challenges finding quality tenants for existing spaces. Jacobs was correct: mixed use streets are more interesting, and have more energy and foot traffic.

So before we give up on mixed use, let’s consider how can San Francisco and other cities maintain successful retail in our new Internet world.

Restaurants, bars and cafes offer something the Internet cannot duplicate: a sense of community. The same is true with entertainment venues. Even those not seeking community cannot get a latte or whiskey delivered in minutes online. Live music or theater does not have the same impact being watched on a computer.

In San Francisco’s Tenderloin, where I actively try to recruit retail, restaurants, bars, cafes, and entertainment are the only businesses that have ever thrived. I explain in my book, The Tenderloin: Sex, Crime and Resistance in the Heart of San Francisco, that even in the neighborhood’s  boom years that ended in the 1950’s the Tenderloin never had many neighborhood serving businesses. It never had a successful clothing, hardware or full-fledged grocery store. The neighborhood once had used book stores, a record store and a sporting goods store, but they are long gone.

This explains why nearly all new Tenderloin businesses are restaurants, bars, cafes or entertainment venues, or nonprofits not dependent on a local paying customer base. The few relatively new clothing and retail stores are the clear exception.

It seems that all of the San Francisco streets that transformed in the past decade—such as Valencia, Divisadero, and Hayes— saw the process driven by new restaurants, bars, cafes and entertainment venues. New condos and other types of retail played a part, but the visual look of the streets changed most due to the core Internet-protected retail businesses.

City staff must also provide a reality check for landlords seeking retail tenants. Many have a grossly inflated valuation of their space that results in longterm retail vacancies. These vacancies create a negative retail climate that makes others resistant to enter.

Mid-Market was long plagued by owners leaving spaces vacant while they held out for higher rent. I’ve seen spaces in Berkeley where the longtime retail tenant was forced to move after a steep rent increase only to have the space remain vacant for years.

For all that the city can do, it may be time for planners and city officials to take a more flexible, reality-based approach. The days of “if you build a retail tenant will come appear gone.”

The former Market Street Place now 6 X 6, described by JK Dineen in the SF Chronicle as “the biggest and most ambitious retail development in San Francisco since the Westfield San Francisco Centre expansion” a decade ago remains without a tenant. When a beautiful new development like this cannot easily get tenants, think what they means for those trying to rent other non-food retail along Market.

Should San Francisco bite the bullet and accept that the city needs housing more than new retail, and that online shopping makes requiring retail in new developments is not worth the housing loss?

One place to start is Planning or a Supervisor convening a public meeting to discuss the ground floor use issue. One idea is to allow developers to split ground floor space 50-50 between retail and housing, so we get some eyes on the street without sacrificing needed units. As developers are being asked to pay steeper inclusionary housing fees, allowing additional ground floor units could further a compromise.

With thousands of housing units in the pipeline, now it’s time for this conversation to begin. San Francisco should not be giving up desperately needed housing based on a vision of mixed-use success that online buying has undermined.