In the World of Disney Boys Soar, Girls Serve 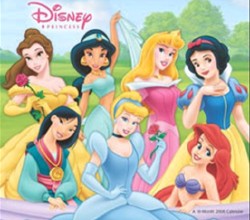 On June 16, 2011 the New York Times brought us the latest instance of Disney’s march toward sending our young girls back to a pre-feminist era. In a front page article about the use of creative mannequins to sell products, the Times reported about golfing mannequins selling the latest links fashion, and Nike plastic dummies gaining athleticism. How is Disney tapping into the latest retail development? According to the Times, “The Disney Stores chain has added little-boy figurines that fly from the ceiling and little-girl ones that curtsey.” Curtsey?!?!?

What exactly is a curtsey? According to Miss Manners (Judith Martin), courtesy of Wikipedia, it is knee bend as deriving from a “traditional gesture of an inferior to a superior.” I should have guessed. After all, as Peggy Orenstein has so well documented, Disney is a multi-billion dollar international mega-corporation saturating the world with princess culture. Of course its plastic girls should reflect its view of the sexes. Boys soar. Girls bow down.