If Smart Phone Users Mobilize, They Can Stop Thefts 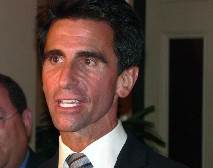 On April 24, the California State Senate defeated SB 962, which requires smart phones to have a “kill switch” that would render them inoperable in case of theft. But if smart phone users mobilize pressure against Democrats who opposed the bill, they can turn defeat into victory when the bill returns for a vote in May.

In The Activist’s Handbook, I dispute claims that big money always wins and offer many examples of how grassroots mobilizing can prevail. Yet without grassroots activism the side giving the campaign contributions will win, as we saw in last week’s vote against SB 962.

This consumer protection and safety bill should be a no brainer. Only two groups benefit from preventing a smart phone “kill switch”: phone manufacturers and criminals. The former profits from selling to new phones to victims of theft, the latter from reselling stolen smartphones.

Law enforcement groups backed SB 962 because between 30 and 40 percent of all robberies in several major U.S. cities are connected to smart phone thefts. The bill, sponsored by San Francisco’s Mark Leno, notes that “many of these robberies often turn violent with some resulting in the loss of life.”

According to Consumer Reports, an estimated 1.6 million people were victimized for their smart phones on 2012. A New York Times study claimed “113 smart phones are lost or stolen every minute in the United States.”

In a nation less committed to the extremes of the “free market,” this legislation would not be necessary. Federal law would require kill switches, as this reduces robberies and saves consumers billions of dollars. But in the U.S., smartphone companies call the regulatory shots, fostering an unpopular, pro-robbery policy that hurts millions of Americans.

How does this unpopular scenario persist? We saw this play out last week. Few Californians knew the bill was coming to a vote, and even fewer know which Senate Democrats voted against smart phone users.

The telecom companies certainly knew all about the vote. In the 2010-12 election cycle, AT&T, Verizon, Sprint and T-Mobile alone donated 700,000 to state senators.

Since the bill’s defeat, Democrats voting no have understandably refused to defend their opposition (Nor did most Republicans, though a few openly opposed the bill on “free market” grounds).

This makes political sense. Why would an elected official want their constituents to know that they increased the likelihood of them being robbed, physically harmed, and subject to new phone purchases in order to benefit billion dollar smartphone manufacturers?

The Dems Voting No

Democrats have nearly 2/3 control of the State Senate, so many had to vote no to defeat the bill. Here’s the list:

I doubt many of these Democrats heard from their constituents about SB 962 prior to voting against the bill.

Jim Beall represents Silicon Valley, where nearly everyone has a smartphone. Yet while the phone manufacturers let him know of their opposition, I wonder if many in his district called him to urge a yes vote.

Two Los Angeles Senators voted no despite LAPD statistics reporting a 12 percent increase in smart phone theft in 2012. Their district’s smart phone users victimized by such crimes likely contacted neither.

Public, grassroots campaigns targeting these Democrats for their pro-robbery votes would make a difference. The no side is so indefensible, and the actual victims of smartphone thefts are so numerous, that connecting the latter to the politicians who voted no has a great chance to change the outcome on the May revote.

Those living in Republican districts can also target their Senators. But California Republican Senators are so extreme that moving them will be difficult.

I’ve argued for some time that Californians are more effectively connected to national issues than to state politics due to the many nationally oriented websites (Daily Kos, Huffington Post etc.) that mobilize people. The effort to pass SB 962 is a chance for millions of Californians to mobilize for something that directly benefits them. If you live in the district of the Democrats who voted no on April 24, take less than a minute to phone and email them urging they support the bill.

Big money is vulnerable on SB 962. If it prevails, it will solely be due to the public’s continued lack of information about the measure. Activists in all fields should do their part to spread the word.