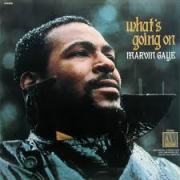 STOP the killings! Ban automatic assault weapons! Lyrics from late singer, Marvin Gaye, ring in my mind, ‘Mother, Mother…Father, Father…WHAT’S GOING ON?’ Last Friday morning, the world shook over the horrific news that a mass killer rampaged at Sandy Hook ELEMENTARY school in Newton, Conn. 26 dead – 20 sweet, innocent children, trust in their hearts, thinking about Christmas; 6 and 7 years old, murdered by a crazed young man of 20 years old! Gunman killed himself and his mother. This week, families, with a heavy heart, are burying their children in tiny coffins.

Thinking about lil’ innocent babies, happy smiles, suddenly wiped out – dampened my spirits! These killings on school campuses have got to STOP! TOO numerous! Get rid of assault weapons that shouldn’t be on the streets. The Nation need to galvanize around this terrible issue, not just discussions. President Obama’s plate is full but it’s time he make this a priority. Killings on the streets of America is rampant!

Friday morning, President Obama made a passionate statement, on TV, offered his condolences on behalf of the country, a tear threatened as he wiped his eye, “We’ve endured too many of these tragedies the past few years, and each time I learn the news, I react not as a president, but as anybody else would, as a parent . And that was especially true today. “

The president’s plate is loaded, “Fiscal Cliff “ high on his agenda, but something has got to be done to control weapons, and the mentality of those who cause destruction – lose it; you don’t know where the next tragedy will occur!

When I was raising my son, there was no fear to send our kids to school. Of late, kids are being killed, whether in their homes, drive by shootings intended for someone else – they are caught in the middle. Mother. Mother…Father, Father – WHAT’S GOING ON???

MOVING ON POLITICALLY – This year has been a tough one in City politics. Last week The San Francisco Board of Supervisors convened until the first week in Jan 2013. Their agenda was full. Leaving – Supervisors Sean Elsbernd (termed out) and CHRISTINA OLAGUE, defeated in her bid to hold on to the District 5 seat. Appointed by Mayor Ed Lee to serve out the year remaining on Ross Mirkarimi’s term, who was voted Sheriff in last year’s November election. Olague lost. LONDON BREED, the winner, will take office in January.

Mirkarimi ‘s swearing-in was marred by allegations of Domestic Violence, reference abusing his wife, when bruising her arm, and guilty plea to a misdemeanor. Blocked from taking office. A public hearing by the San Francisco Ethics Commission, carried on most of the year. You know the story!

Happy Breed won, REGRET Olague had to go through tortuous treatment because she voted, along with three other supervisors, to reinstate Mirkarimi. She crossed Mayor Lee. Turned out to be a BAD move on her part for what was to follow!

Politics can be cold – felt her treatment was cold – as she states she was ‘”BULLIED” out of office (if there was a chance she could win, that was taken away). Never looked at her treatment this way until hearing her statement at the Board meeting last week. SHE’S RIGHT! The final week of her campaign described as “nasty”.

ANDREA SHORTER, Political consultant, commissioner Status of Women, launched a campaign, with support from women of Domestic Violence groups, and money influence from tech investor Ron Conway, and others, to DEFEAT Olague over the Mirkarimi vote. They were successful!

Olague appears to be a strong woman, despite deep hurt, she will survive! She’s quoted as saying “I’m happy to be going back to a quieter life.”