“I Heard That”: Bring the Golden State Warriors Back Home! … 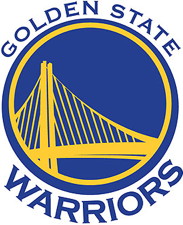 My goodness! Shocked over the news that the Golden State Warriors will return to San Francisco! The team’s NEW owners, since purchasing the Franchise, July 15, 2010, for a record $450 million, PETER GUBER of Mandalay Entertainment and his partner JOE LACOB are on a ROLL – BIG TIME!

Last week, Tuesday morning (May 22), the partners, flanked by Mayor Ed Lee, members of the Board of Supervisors, Warriors Coach Mark Jackson, NBA Commissioner DAVID STERN (flew out from New York), and former players, AL ATTLES and NATE THURMOND, and other dignitaries attended the news conference held in front of the Embarcadero waterfront site of Piers 30-32. And where plans to build the Warriors new state-of-the art multi-use arena, 17,000 – 19,000 seat on the 13-acre site near San Francisco/Oakland Bay Bridge, AND near my NEW coffee spot – RED’S JAVA HOUSE!

The popular coffee house is located at the front edge of the Piers where the proposed arena will be built. Owner SHAWN PATON, assured by Guber and Lacob, they WILL NOT be forced out of business! GOOD NEWS, for at one time there was a bit of controversy and fear that the small business, threatened by the America’s Cup event coming up, and the proposed take over of Piers 30 and 32, the shop would be forced out of business, BUT the Cup deal canceled out, and the opportunity for Guber and Lacob to enter into meetings with Mayor Lee to purchase the site!

Now, a 5-year plan to build on the Piers, and open in time for the 2017-18 NBA season when the team’s lease at the Oracle Arena in Oakland expires.

In 1962 then, the San Francisco Warriors, played at the Cow Palace and Civic Center Auditorium, until the franchise moved to Oakland and the Oracle Arena. Like many fans, the move broke my heart! An Avid follower, attended several games – never followed them to Oakland!

I’m EXCITED over the potential move! On the downside – the Arena will further impact traffic in the area; especially on game days at AT&T Park nearby – GIANTS bring in about 41,000 fans. Warriors’ schedule would add to the traffic congestion.

Since moving to the Southeast of town, last summer, take pleasure in having a cup of coffee at Red’s Java House, and brisk walks along the cement promenade, taking in the fresh sea breeze. On my last visit, day of the news conference, first time meeting Mr. Phil, patriarch/ founder, now in his late 80s or older, a kindly white bearded chap, waiting on a few customers. Phil and I talked – learned he came to the U.S. from Greece, opened Java in 1935, then an area of warehouses. Red’s Java House is a family operation.