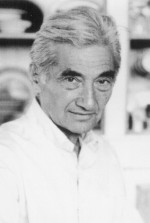 Howard Zinn, whose 1980 People’s History of the United States revolutionized the studying and teaching of American History, spoke out for social justice until the day he died. It is no exaggeration to say that when we talk about influential progressive academics over the last half-century, Howard Zinn is in a category by himself. Nobody was more generous with their time, or more committed to mentoring and inspiring others toward lives of activism. I experienced Zinn’s beneficence first hand when he graciously provided a blurb praising my book, The Activist’s Handbook, even though we had never met and he gets these requests from hundreds of authors. Zinn inspired millions to become activists and to see the history of the United States in a new way, and while Presidents and other politicians come and go, Zinn’s legacy is forever. He would be the last person to suggest that his insightful critiques of American society will be missed, but Howard Zinn is as close to one gets to being irreplaceable.

We know that the true giants of the world will not live forever. Studs Terkel went strong until dying in 2008 at age 96, and Howard Zinn was still promoting social justice and opposing unnecessary wars when he died this week at 87. Terkel and Zinn had at least one important trait in common: they were universally loved and admired, and they dedicated their lives to telling the long ignored stories of the lives of working people.

Howard Zinn’s life and accomplishments are so extraordinary that those reading his obituaries decades from now will assume that some of his experiences had to be fiction.

After growing up in Brooklyn, he became a professor at Spelman College in Atlanta, a school for black women, in 1956. Think how rare that was for a white man of that era to go down to such an institution.

Zinn soon got involved in the civil rights movement, and was an adviser and mentor to activists in the Student Nonviolent Coordinating Committee (SNCC). He later wrote SNCC: The New Abolitionists. Among those mentored by Zinn was Alice Walker, who went on to become an activist and acclaimed novelist.

Always standing up for principle even when it risked his career, Zinn was fired in 1963 for insubordination related to his activism. He then joined Boston University, where he became a leading critic of the Vietnam War.

He also became a leading critic of Boston University’s right-wing President John Silber. Silber described Zinn as one of those teachers “who poison the well of academe.”

Zinn wrote in his autobiography, You Can’t Be Neutral on a Moving Train (1994), “From the start, my teaching was infused with my own history. I would try to be fair to other points of view, but I wanted more than ‘objectivity’; I wanted students to leave my classes not just better informed, but more prepared to relinquish the safety of silence, more prepared to speak up, to act against injustice wherever they saw it. This, of course, was a recipe for trouble.”

Zinn’s outsider status continued through his death, with Amy Goodman reporting that the New York Times did not even have an obituary ready and relied on the Associated Press obit with quotes diminishing his impact. In contrast, the Times had a long obituary ready for novelist J.D. Salinger, released almost immediately upon his death.

In today’s Times, Salinger’s obit appears prominently on the front page, and continues on to a full page inside. Zinn’s death receives a fraction of the space toward the rear of the Business section. The contrast between the Times’ exhalation of a writer who lived outside society for the past fifty years, and its diminishing the legacy of a writer who also won popular success but who worked for social justice and inspired millions, could not be more stark.

But Zinn would understand this contrast, and likely laugh about it. He long recognized that the power structure does not want to reward or encourage challengers, or those like Zinn who created vast legions of new social critics and activists.

President Obama missed a great teaching moment in not acknowledging Zinn’s death earlier that day in his State of the Union. Among the greatest American Patriots of our time, Zinn has fortunately left videos, books and a large body of work that ensures that he will be speaking wisdom to us for the life of our planet.

To learn more about Zinn, go here. You can also hear him talk about how he would like to be remembered.

Randy Shaw is also author of Beyond the Fields: Cesar Chavez, the UFW and the Struggle for Justice in the 21st Century.