How Workers Lose in Negotiations: The ABCs of Corporate Rip-Offs 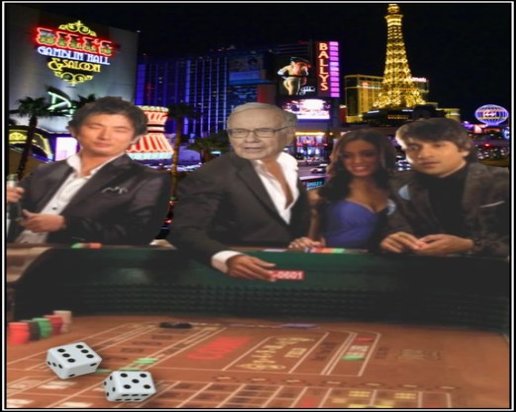 Unlike the ninety percent of American workers who have only their own personal voice to influence their wages, benefits and working conditions, union employees use their collective organization to establish guarantees.

And, union workers come to negotiations very well prepared with lots of economic data, with each contract proposal “costed out,” and with the whole team backed up by a professional staff of legal and industry analysts. So, then, how is it that we still get hammered?

In real dollars, wages and benefits have not risen since the middle 1970s. We know this, but it still doesn’t make any sense. Why haven’t things improved for most of us and how has the seemingly impossible happened with 95% of all new income since the 2008 “recovery” going to the top 1%?

To answer these questions properly, we have to go beyond just blaming offshoring and contracting out and dig deeper, right down into the heart of how finance capital operates today.

Here’s How It Works

As it stands now, the Top 500 S&P corporations come to the negotiating table after already having played most of their big money cards elsewhere, in the stock market – thus, earning the well-deserved moniker of “casino capitalism.”

In essence, CEOs try to squeeze every dollar they can from offshoring, contracting out, terminating pensions, keeping wages low and reducing the workforce, just so they can push more cash into funding their ultimate prize – buying back stocks and paying dividends. This is where the real money is for investors.

As labor economist Les Leopold explains in his new book, Runaway Inequality, as corporations purchase their own company shares from the market, the value of the fewer remaining shares are automatically increased. This is a well-known fact in the board rooms but far lesser known in the break rooms.

Leopold explains it simply this way: if 100 shares on the market have a value of $10 each because a company is valued at $1000, then, if total outstanding market shares are reduced after “buy-backs” to 50 shares, the value for each remaining single share immediately jumps to $20.

In essence, “buy backs” reduce available shares by taking them off the market and, thus, quite naturally, increasing the value of the remaining lot. Pure and simple, this is nothing less than a form of stock manipulation – not one penny goes to adding any real social value such as increasing production or enhancing the quality or performance of the product.

Which is why, after the Great Depression in 1929, regulations were introduced in 1933 that severely limited “stock buy backs.” And it worked. From 1933 until 1982, corporations only spent around two percent of their profits buying back stock. But in 1982, President Reagan lifted these restrictions.

As a result, by 2007, stock buy-back expenditures from the Top 500 rose to 75% of profits and, if you include dividend payments, it represents over 100% of profits being distributed to investors, says Leopold.

This may seem untenable but, actually, there is so much money to be made by artificially inflating stock value through “buy-backs” that companies are willing to go into debt to finance the whole enterprise. Recall also that interest payments on corporate debt are tax deductible, unlike individual personal credit card debt. Being in debt is also a potent management argument used to extract even more concessions from employees.

Thus, there are both financial and political incentives for this wasteful spending and its corollary of corporate indebtedness.

These are undisputed facts. In fact, in 2015, Bloomberg reported that “S&P 500 components were on track to spend a record $914 billion on buybacks last year — roughly 95% of all corporate earnings.”

Finding ways to obtain more and more cash to feed this investor greed drives this high-stake, scheming and slick way of artificially increasing the value of a company’s stock. Even some financial news outlets see it this way. For example, MarketWatch has described stock “buybacks” as “Just another Wall Street Scam.”

Show Us the Money Say CEOs

As diabolical as it all might appear to those on the bottom, it is extremely lucrative for those at the top. In fact, to make sure increasing stock value is the singular pursuit of upper management, CEOs from the Top 100 S&P corporations now earn 95% of their salary from stock options.

In 1980, just before Reagan lifted restraints on stock “buybacks,” CEO pay was 95% salary and bonuses and only 5% stock options. Quite a difference today.

Using the Boeing Corporation as an example, we can see how all this is planned out in the boardrooms and how it affects negotiations and, by extension, the wage and benefit standards of all workers.

As some may recall, the giant aerospace company terminated pensions in Dec. 2013 for thousands of Machinist Union members. Yet, literally only a few weeks earlier, Boeing approved a $10 billion increase in its stock buyback program along with an additional increase of about 50% in its quarterly dividend payments.

This duplicity is the operating standard for all major corporations. Think not?

Let’s look at United Airlines (UAL) and the railroad, CSX, both of whom are currently asking for concessions from their unionized workforce while billions of their cash reserves have been continuously ill-spent over the past several years.

When United Airlines announced big plans in 2014 to spend $1B to buy back stock, it was only a few months after negotiating a contract with 30,000 Machinist Union members and it was while the company was outsourcing hundreds of jobs. But, the fight is not over. Teamster mechanics just rejected a few weeks ago by 93% the company’s so-called “best and final offer.”

It’s the same thing at CSX, the largest railroad in the eastern U.S. It launched in 2015 a stock buyback of $2B with a 13% increase in dividends, the thirteenth dividend increase in ten years. Overall, CSX has spent nearly $9B since 2006 buying back its stock.

And, following the same pattern described above with Boeing and United, CSX has been demanding draconian concessions from its union employees at the same time. The railroad’s proposals were so onerous that workers overwhelmingly voted them down last December.

How to Fix It

Well, that’s always the hard part. How do we fix the “fixed economy?”

First, Leopold made an absolutely crucial point in our conversation – it is impossible to cure all the ills of Wall Street at the bargaining table. The policies are too entrenched and the problems too far spread across the whole political and economic landscape, as we have tried to describe.

To carry the fight forward against the imposing obstacles workers face, labor will need allies demanding together, an end to Wall Street domination over our lives.

Of course, such a movement would have both social, political and economic goals. But, to address the problems of corporate greed cited above, Leopold suggests the following be part of the initial conversation.

We are only at the beginning of a national discussion of these issues that first jumped off in 2011 with Occupy Wall Street. But going beyond those ground-breaking protests, the big question today is whether talk will eventually materialize into organization. And by that, I mean, unions initiating the organization of the working class into a mass anti-austerity coalition.

Note to Readers: Les Leopold currently directs the Labor Institute, a non-profit that designs research and educational programs for unions, worker centers and other socially progressive organizations. I highly recommend bulk purchases by unions of Runaway Inequality: An Activists Guide to Economic Justice: (Labor Institute Press, 2015) to train stewards and members about how they are getting the shaft from Wall Street “strip-mining our economy,” a term Leopold coined. It is already in its second printing.

Carl Finamore worked at United Airlines (ret) and is currently Machinist Lodge 1781 delegate to the San Francisco Labor Council, AFL-CIO. He can be reached at local1781@yahoo.com