How the Media Protected Leland Yee 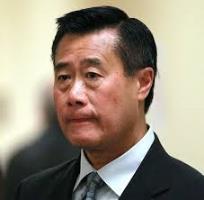 Until his recent arrest, nearly all Bay Area media other than Beyond Chron protected Leland Yee. Here’s why.

It’s amusing to now read the many news stories about Leland Yee’s long history of “undiscovered” pay to play politics. The media protected Yee for years, and is now revealing his past problems only after his political career is over.

Beyond Chron has long critized Yee. Yee’s camp recognized this, which is why Jim Stearns, Leland Yee’s mayoral campaign manager, told me in September 2011 that he did not consider Beyond Chron to be part of the press. Stearns was accustomed to media echoing the SF Chronicle and Bay Citizen’s false attacks on progressive Chinatown activists and groups while ignoring Yee’s own pay to play record.

Yee was a favorite of the SF Bay Guardian in its Bruce Brugmann days. The Bay Guardian regularly praised Yee for supporting “open government,” and saw him as a positive alternative to progressive Chinatown activist and tenant supporter, Rose Pak.

While Pak stopped hundreds of low-income tenants from being evicted, Yee was a bagman for landlords. Yee even opposed affordable housing construction.

Yet a remarkable number of progressives long praised the landlord-backed Yee, while saving their attacks for the so-called “Burton machine” and then to the alleged “Brown-Pak-Lee” machine.

The Chronicle protected Leland Yee because he was the only San Francisco state legislator who backed the paper’s pro-landlord agenda. As a result, rarely did the Chronicle look into connections between Yee’s campaign donors and his votes.

In the 2011 mayor’s race, the Chronicle went out of its way to protect Yee from questions about the compensation for Yee’s campaign manager, Jim Stearns.

As Chris Roberts writing for the SF Appeal reported on January 21, 2011, “More interesting than the heaps of cash thrown Stearns’s way by labor are the heaps of cash Yee threw Stearns’s way. Yee faced no serious opposition in seeking a second term in the Senate in November, and won 80 percent of the vote. Yet he spent lavishly nonetheless, and spent on Stearns. In 2010, Stearns received $215,000 in “consulting fees” from Yee’s campaign alone, a figure that does not count the $283,000 spent on mailers and ads on TV and radio.”

But when Chronicle reporters John Cote and Heather Knight covered the story of Stearns’ payment in March 2011, it was placed in the context of how other candidates may have used money from one race to pre-pay for another. The story’s message was that Yee’s conduct was no different, even though rivals Dennis Herrera and David Chiu directed funds to ballot measures to boost their stature, and did not shift money between their own campaigns.

Many suspected that the Chronicle wanted to address Yee’s negatives far in advance of the November election. This would make them “old news” when voters were focusing on the race. This explains Cote’s August 1, 2011 story, which shows a smiling Yee in his office with the caption: “Leland Yee: It’s time for an ethics overhaul.”

Cote’s story describes Yee’s proposal: “Leave it to state Sen. Leland Yee, a mayoral candidate who has made open government one of his staples and always has a finger in the political wind, to unveil his “Plan for an Independent City Hall,” complete with an overhaul of the commission. The 21-point proposal, part of his campaign policy statements, also calls for open hearings on ethics complaints and a crackdown on unregistered lobbyists.”

While the story links to Cote’s earlier story on how Yee and rival candidates were allegedly pre-paying for the mayor’s race from other campaigns, the Chronicle makes sure to bring Mayor Lee-backers Willie Brown and Rose Pak into the story:

“Perhaps not surprisingly, Yee’s plan also calls for updating the definition of lobbyist, saying: “San Francisco’s lobbyist ordinance still does not effectively capture some of the most influential power brokers in the city.”

Sure sounds like he’s talking about former Mayor Willie Brown and his ally, Rose Pak, neither of whom are currently registered lobbyists, despite wielding considerable influence in political circles.”

After downplaying Yee’s pre-payment to Stearns by claiming, “everybody does it,” the Chronicle promoted Yee as an ally of open government who now seeks to regulate two “power brokers” who supported Ed Lee. One might forget reading the story that “wielding considerable influence in political circles” is not the test for being a lobbyist; the Chronicle was so focused during the 2011 mayor’s race on charging Mayor Ed Lee with corruption that it eagerly promoted Leland Yee as a bastion of integrity.

To accompany Carla Marinucci’s March 26, 2014 story on Yee’s “rocky past? the the Chronicle’s SFGate website chose a 1997 photo of Yee with then Mayor Brown. Think that was a coincidence? If so, ask yourself what a 17-year-old photo about an Irish-American Bushmills whiskey boycott has to do with the subject matter of the article.

(SF Gate likely sought a photo of Rose Pak next to Yee. But she knew enough never to even be in the same room with Yee if possible)

The Evidence Was Always There

Leland Yee’s political career should have ended in 1991 when as a School Board member he got his kids into a preferred school by lying about his address.

Or after being detained by police for allegedly soliciting a prostitute, and being arrested for shoplifting.

Or after former Supervisor Ed Jew said after he was arrested for bribery that he had learned how to do that from Leland Yee.

But instead of investigating Yee, the media targeted Yee’s progressive Chinatown adversaries. For example, there was the Bay Citizen’s August 8, 2011 malicious hit piece on Gordon Chin and the Chinatown Community Development Center (CCDC) and the Chronicle’s false front page “swift boating” of Chin and CCDC on September 22, 2011.

The SF Bay Guardian made Yee its third choice for mayor behind Avalos and Herrera, despite Yee’s steadfast support for the tenant displacement and gentrification that the Guardian claims to oppose. Yee was also endorsed for mayor by the Harvey Milk Democratic Club, and was awarded its Community Ally Award at its annual dinner on July 24, 2013.

By carefully serving the political agendas of both the left and right, Leland Yee enjoyed a remarkable political run. And having watched him get away with so much for decades, I was only surprised that he was finally caught.