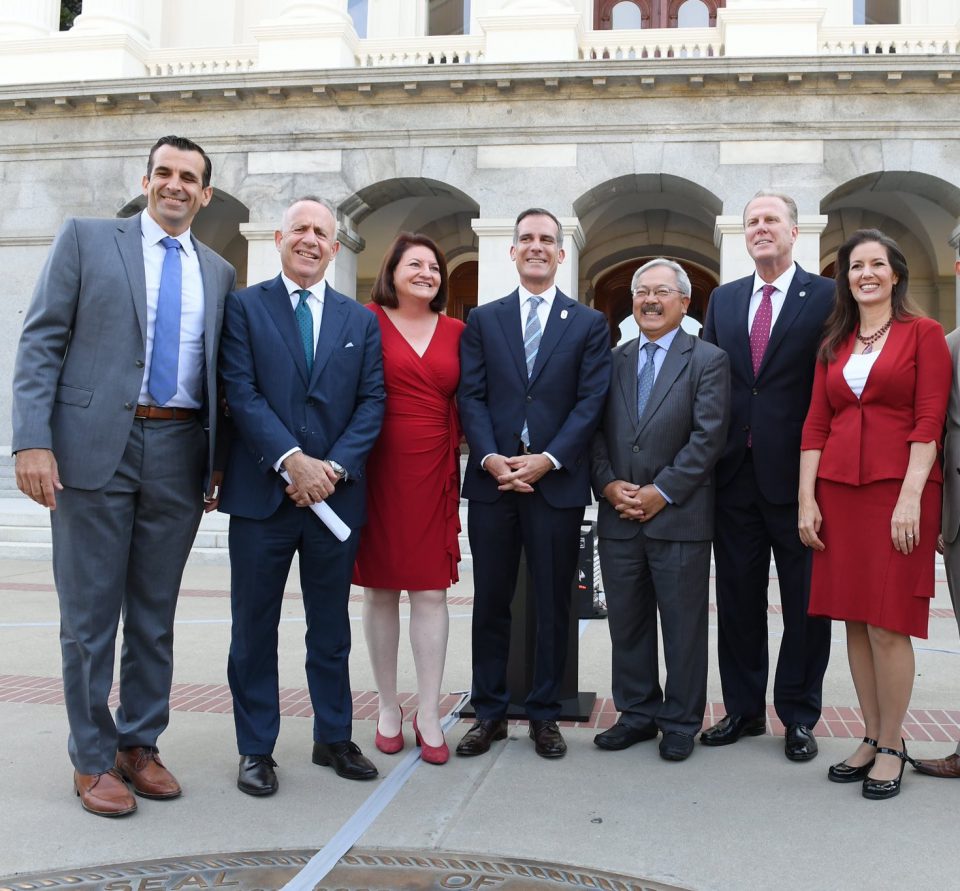 In February 2015, then California Assembly member Toni Atkins introduced AB 1335, which imposed a $75 fee on real estate transactions for affordable housing. The measure had multiple sponsors but failed to get the necessary 2/3 floor vote.

I knew about AB 1335 because Doug Shoemaker, head of Mercy Housing, was pushing the bill and told me about it. I then wrote about the bill’s failure in October 2015 in  “A Disastrous Week for Housing.” The story criticized the California Legislature and Governor Jerry Brown for failing to address the housing crisis.

AB 1335 was revived this year as SB 2. It was an entirely different campaign.  AB 1335 was invisible on Twitter and other social media. This was in sharp contrast to the massive outreach that accompanied SB 2.

What changed from 2015? Or even from 2016, when the Governor and legislature again failed to address the housing crisis?

California’s housing crisis did not begin in 2017, but there was no state movement for affordable housing funding until this year.

I use the term “movement” to mean broad based activism with a specific agenda and cohesive, broad based organizational force. Past efforts to win housing funding in Sacramento were not backed by a “movement.” Instead, they were led by extremely skilled and hard working regional and state-based nonprofit housing groups which lacked the organizational capacity on the ground to swing key votes.

I know from my own Sacramento experience that you can win big victories for housing and tenants without a broad movement. We’ve got a strong inside game.  But without a broader movement you cannot get the 2/3 votes that SB 2 and SB 3 required, and you cannot get Governor Jerry Brown on board.

Why did a housing movement emerge in 2017?

First, the housing crisis is spreading and getting worse. When Assembly member Eduardo Garcia from Coachella in the Central Valley got up last Thursday night to talk about the housing crisis in his district, it was clear that this was not simply a coastal or big city issue.

Second, YIMBYs prioritized passage of state funding for affordable housing. This created a social media storm missing from state housing funding campaigns. And all of this YIMBY activism was for bills promoting affordable housing.

Third, an unprecedented level of media coverage of state housing bills added to the sense that something big was happening. Media helps validate people’s activism. It confirms the importance of every little action to advance the broader goal. I think the housing movement was particularly helped by editorial writers and reporters personally believing in the importance of the cause, a feeling that came through in their writing.

I learned about twenty years ago that no matter how much public and legislative support a housing funding bill has in Sacramento, it must be a leadership priority to pass.

I was leading a statewide campaign to reinstate the California Renters’ Tax Credit. It had been suspended in 1991 during an economic downturn but then not restored when the economy picked up. We got newspaper op-eds from across the state, ran postcard campaigns in swing districts, and had signed letters of support from Assembly Speaker Anthony Villaraigosa and Senate Pro Tem Bill Lockyer.

The problem was that neither Villaraigosa nor Lockyer saw funding a Renters Tax Credit as a top priority. The speaker was very up front about favoring an earned income tax credit over our proposal, while Lockyer preferred spending money elsewhere

Everything changed in 1999, when John Burton became Senate Pro Tem. Burton always made tenants a top priority. He ensured that a version of our Renters Tax Credit totally $250 million annually became law.

Senate leader Kevin De Leon showed his commitment to housing by unveiling “California Rebuild” infrastructure proposals on December 6, 2016. Senate Bills 2 and 3 (the $75 document fee and the housing bond) were both in the package.

De Leon’s support was essential. But it has been the Assembly where housing funding and pro-tenant bills have historically died. That put the burden on Assembly Speaker Anthony Rendon to get the votes to move SB 2 and 3 as well as other proposals.

On April 17, 2017 Rendon convened a large group of his colleagues and unveiled a pro-housing agenda that paralleled the Senate’s efforts. The Speaker sent a message to Assembly Democrats that he expected action on housing. Considering Rendon will remain speaker until 2024, colleagues wavering on the votes were reluctant to disappoint him.

I do not recall urban mayors ever being as involved in securing state housing funding as they were this year. Chief credit goes to Los Angeles Mayor Eric Garcetti for convening an August 30 meeting between 11 big city mayors and Governor Brown. Garcetti had previously joined with San Francisco’s Mayor Ed Lee and other mayors in sending an August 21 letter to Brown supporting the affordable housing package.

Nobody can read the mind of Jerry Brown, but as a former mayor he had to be influenced by the gathering Garcetti assembled.

A year ago I described the failure to secure this money as “a monumental strategic failure by progressive opponents of Brown’s plan.” Fingers were pointed in every direction over this failure, but the key point is that in 2017 San Francisco’s Senator Scott Wiener got SB 35 to pass Brown’s muster. The bill potentially unlocked $5 billion in affordable housing funds in the next five years alone.

2017 was a wild ride. Despite all of the factors leading to victory, the outcome was still in doubt until the last two Assembly votes for SB 2 were cast after 10:00 pm on the session’s next to last day. Once SB 2 cleared, the rest of the package was fine.

When longtime housing funding opponent Governor Jerry Brown tweeted “There’s no place like home” after the votes, it confirmed that a housing revolution had occurred in California.

Randy Shaw is Editor of Beyond Chron. He details the importance of affordable housing in The Tenderloin: Sex Crime and Resistance in the Heart of San Francisco.