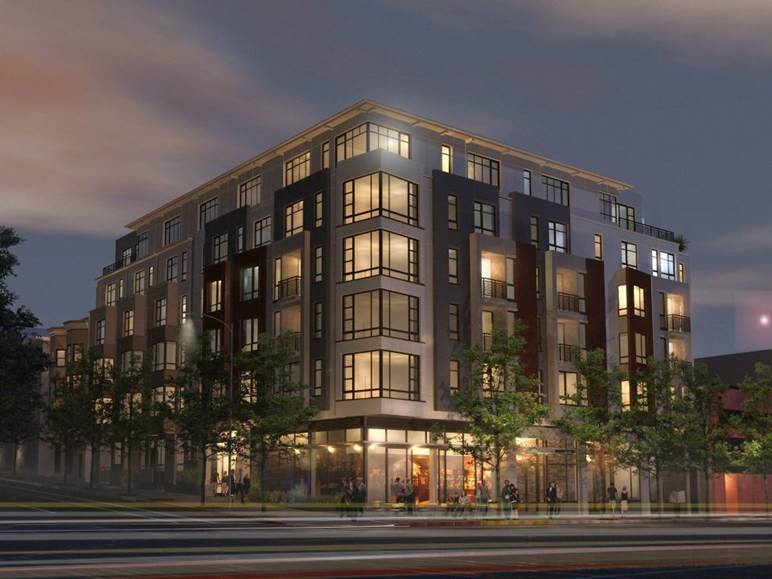 I learned last week that the San Francisco Housing Action Coalition (SFHAC) is honoring some people whose commitment to housing I have appreciated. I wanted to share my stories about some of them.

Bill Witte is getting a Lifetime Achievement Award. Bill founded Related California thirty years ago and is being honored for constructing 16,000 new homes. My experience with Bill preceded that.

I met Bill Witte in 1983 when he was the Deputy Director of the then combined Mayor’s Office of Housing/Office of Community Development. I had become the first fulltime employee of the Tenderloin Housing Clinic in September 1982 (we opened in February 1980) and we were seeking CDBG funds to keep afloat. THC was part of the Council of Community Housing Organizations’ (CCHO) collective CDBG funding request.

We got CDBG funding,  which was vital to us at the time.  I annually met with Bill to go over our program. Many years later I was deposed during a lawsuit and was shown notations (which I have assumed were Bill’s) on our CDBG performance. He wrote, “Randy runs a great program but sometimes bites the hand that feeds him.”

That likely referred to my constant criticism of Mayor Feinstein’s tenant and homeless policies, which did not stop OCD from funding our tenant counseling operations. I always felt Bill was a class guy and his support for funding us knowing I was openly criticizing the mayor further confirmed that (and even if those notations were somehow from someone on his staff, Bill had to approve our funding).

Bill soon became Director of MOH/OCD and stayed in the position after Art Agnos became mayor in 1988. That did not sit well with CCHO leader Calvin Welch. Agnos had given Welch a commitment that he would replace Witte.

Despite the commitment, Agnos soon realized that Bill Witte was super competent. Witte saw his role as carrying out Art Agnos’ agenda, not Dianne Feinstein’s. So Agnos saw no need to replace Witte.

But this did not sit well with Welch and after a lot of conflict Agnos replaced Witte in 1989. Art once told me that his problem with Welch was that “Calvin wants to be mayor.”

(Note: The day after this post Bill Witte informed me that he actually left voluntarily and that Agnos did not give in to Welch’s demand. Witte was given an opportunity to open a California branch of Related and took it. I had been given a different account and regret the error).

Leaving city government was the best career move Bill Witte ever made. He started Related in 1989 and the rest is history.

Brown understands that it is not “progressive” to oppose middle-class housing.  To the contrary, insisting that San Francisco build only “affordable” housing denies future housing options to  the working and middle-class. Zoning prohibits new affordable apartments in most San Francisco neighborhoods, so limiting support to “affordable” projects is akin to accepting that no such housing will be built in most upscale neighborhoods.

Only building  “affordable” housing also fails to solve the city’s jobs/housing imbalance. That’s because  many new jobs—like those the Board backed at Central SoMa- pay workers above the income limits for  nonprofit affordable housing.

Brown also recognizes that D5’s gentrification  was not driven by new housing development. The Haight-Ashbury, Alamo Square and other upscale parts of the district have experienced virtually no new housing construction for decades. What has kept working and middle-class families from moving into the district is opposition to new multi-unit housing with on-site affordable units. Building such housing offers the best if not only chance for the non-rich to move into D5’s upscale neighborhoods.

I describe how the Haight-Ashbury and other neighborhoods gentrified in Generation Priced Out; it had nothing to do with “luxury” developers driving up housing costs.

SFHAC is awarding its first BayHAC award to the CASA Compact team. I wrote in January about the CASA Compact’s efforts to unify tenant and affordable housing groups with private developers on a broad housing platform; that Senate leader Atkins subsequently torpedoed SB 50 and put AB 1482 at risk (rent caps and statewide just cause) does not mean that the CASA strategy was not sound.

Michael Lane and Michael Covarrubias will accept the award for the team. Covarrubias is Chairman and Chief Executive Officer of TMG Partners. TMG played a key role in boosting the CASA Compact coalition but I do not know Covarrubias so will instead focus on Lane, a true unsung Bay Area housing hero.

I got to know Michael when he was Policy Director at the Non-Profit Housing Association of Northern California (NPH). When he moved last year to become Deputy Director of Silicon Valley at Home I foresaw Lane making a real difference.

He clearly has. I can’t say that Michael had a hand in all of Silicon Valley’s housing progress in 2019. But since he arrived there has been more publicity about the South Bay’s housing crisis than ever before. And perhaps in the prior five years combined.

The South Bay housing crisis impacts the entire Bay Area. I think the single biggest mistake San Francisco housing and tenant activists made in the past two decades was to not pressure the Silicon Valley to build housing when the dot com boom began in 1997. We were so busy getting legislation and ballot measures passed to protect tenants in San Francisco that we did not focus on pressuring South Bay cities to build housing. Such a campaign could have brought support from those who opposed new market rate units in San Francisco itself, but it did not happen.

As a result, activists attacked “tech” for bringing in workers who drove up San Francisco rents.  But no pressure was placed on South Bay cities to build any housing for their thousands of new employees.

The post-2012 tech boom has seen a different response. Housing policies in Cupertino, Sunnyvale, Palo Alto, San Jose and even Atherton are being discussed throughout the Bay Area and even in state housing debates. And Google and Facebook have both committed millions to new housing after years of doing little or nothing.

I know from following Michael on Facebook and Twitter (@michaeldlane) how involved he has been in so many of these South Bay housing campaigns.

It often takes a catalyst to get all these balls rolling. Michael Lane has helped play that catalyst role.

The Housing Hero awards are on October 3 and can be purchased here.