Home Depot On Its Way To Board of Supervisors, And Possibly Bernal Heights 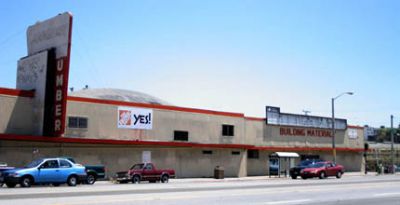 Culminating a grueling eight-hour session, the Planning Commission approved an Environmental Impact Report (EIR) that strongly advances Home Depot’s bid to build a store on the border of Bayview/Hunter’s Point and Bernal Heights.

The 4-2 vote followed several hours of public comment on specific elements of the EIR report as well as the Commission’s critique and examination. Participation was enthusiastic, as well over a hundred citizens came out either to support or oppose the construction of the hardware giant. Many sported large orange Home Depot stickers, while others preferred the opposition “Too Big” sticker.

The final passage of the EIR came with several conditions, including the following: that the portion of the new store’s jobs going to Bayview residents would be permanent, not seasonal; that the store would sponsor through the city some sort of accommodation for day laborers who are frequently found near such stores; and that the store will provide a one-year progress report on traffic congestion. The Commission also passed a motion that reduces the proposed store size from 150,000 square feet to 140,000 square feet.

Supporters and opposers brought up a multitude of issues pertaining to the construction and impact of the store. In public comment that likely reached 100 participants, one of the most frequently cited concerns had to do with cars. Vicky Legion, an asthma specialist and City College of San Francisco instructor, said “it would be extremely irresponsible to add more ozone to the air in Bayview” by building a store that would draw significant vehicle traffic.

Other participants projected massive traffic drags that would arise from the store’s position near two highways, from what they called flawed traffic flow predictions, and from consumer traffic.

Such objections were met passionately on the other side of the aisle, as numerous supporters of the Home Depot project lauded its potential for job creation and economic empowerment in what has been a traditionally low-income Bayview community.

Bayview is also a substantially African-American community, as several speakers noted. One African-American gentleman adamantly supported the Home Depot on the grounds that “Forty percent of our people are out of work…we’ve got to have employment in this town.”

Many other Bayview residents echoed this declaration, describing the proposed build site as a wasteland for drug dealers and illicit activities. “It’s been a depressed and blighted area for long, too long,” said one resident.

Still others emphasized the gulf between the Bernal Heights neighborhoods and those in Bayview. “The environmental impact on our neighborhood is death and crime in our streets,” said Al Norman, President of the Bayview Merchants Association. “This is a matter for the haves and the have-nots.”

Home Depot representatives continued their ‘minimal-impact’ pitch, emphasizing workers’ wages and benefits, nearly half a million dollars in tax revenue for the city, and their collaboration with a local neighborhood organization to train and hire 150 San Franciscans for entry-level jobs. Concerns about traffic and impact on local businesses were largely downplayed both by Home Depot representatives and Planning Department personnel.

The proposal is widely thought to have a good chance of approval with the Board of Supervisors.