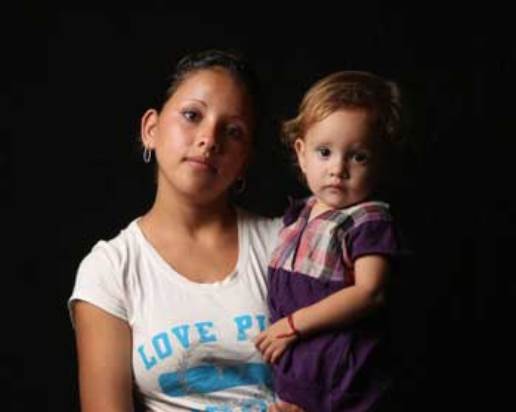 The tens of thousands of Central American children streaming towards the US border are refugees from violence and economic crisis fostered by decades of wrongheaded US foreign policy.

By comparison with the Central Americans, tens of thousands of Cubans have been welcomed for decades as “refugees from communism” and granted immediate status, creating a right-wing Miami boom after their arrival. Few conservatives would claim those Cuban exiles were a “drain on the taxpayer” or a threat to America’s “way of life.” Yet they have harbored cliques of anti-Castro terrorism, turned southern Florida into a sanctuary for their numerous plots, and built a “Cuban lobby” which has distorted American politics with money and votes for years.

Not only have Cuban exiles been warmly integrated here, but so have hundreds of thousands of Soviet Jews, Vietnamese “boat people” and many others from the losing sides of wars in which the US was heavily engaged. Over two centuries ago, Thomas Jefferson created a haven for thousands of Irish Catholic refugees after the failed 1898 nationalist uprising. The Irish immigrants were opposed on the grounds that they would contaminate Anglo-Saxon culture by over-breeding, immorality and crime.

Today’s child refugees are from three countries trampled by: the American military, from counterinsurgency to the drug war; US corporations, seeking cheap labor and resources; and political affirmative action favoring oligarchs and landowners. The children also are fleeing the Central American drug cartels subsidized by American consumers.

Gang violence is blamed by many, even in a recent Nation article, as a cause of the refugee flight instead of a malignant symptom. The gangs in question were formed in Los Angeles by an earlier generation of Salvadoran children fleeing Ronald Reagan’s military intervention and ensuing civil war. Arrested in LA, the “frutas de la guerra” were deported to their homelands, triggering a vicious cycle, which included the revival of death squads and right-wing governments. There being virtually no safety net due to neo-liberal cuts in social welfare, the outcome was mass incarceration and, in multiple cases, the executions and burning of inmates who belonged to gangs. Official neglect and official violence were the causes of the mayhem that led so many to flee.

Honduras, the epicenter of the current refugee crisis, is an old banana republic, which was the base of America’s wars in Central America during the 80s. As recently as 2009, the US supported a Honduran military coup against the democratically elected government of Manuel Zelaya, even after President Obama described it as a “coup”, which would have suspended US military aid. Since that Honduran coup, a wave of repression has been unleashed against civil society organizations and journalists. Thousands of homeless street children have nowhere to go, since social programs are absent.

El Salvador was the scene of another US military intervention in the Eighties, with 75,000 civilian deaths. Gang violence rose in the postwar vacuum, though it has been sharply reduced by incarcerated gang members themselves, supported by Homies Unidos and progressive activists here in Los Angeles. The US government has failed to recognize the Salvadoran truce and step forward with significant rehabilitation and jobs programs.

In Guatemala, right-wing religious elements in the US supported a military junta that killed at least 200,000 indigenous people in the 80s, a genocide for which President Clinton later apologized.

The irrational discourse in American politics erases all this background, instead casting political blame on President Barack Obama for a more lenient deportation policy. In battling the Republican narrative with tough language of his own, however, Obama steadily loses support among Latinos and most Democrats. Only last week, Obama promised immigrant rights advocates in the White House that he was done with waiting for Republicans on immigration reform, and would take executive actions of his own, building on his protections for thousands of undocumented youth under the Dream Act. He neutralized that very message by asking for $3.7 billion for an expedited deportation process for the children at the border. In effect, Obama appeared to be giving in to the screaming little mob in Murietta, California, who no doubt would like to see him deported to somewhere in Africa.

The Obama administration is forced for political reasons to gloss over the evidence that deportations of refugee youth have declined recently. According to data compiled by the Los Angeles Times last week, deportations from border facilities back to the three Central American countries dropped from 8,143 in 2008 to 1,669 last year. That’s a result that only came to light through a Freedom of Information Act disclosure.

If Obama wants to avoid the hyper-criticism that he’s become, “the deporter in chief,” he may need to alter his current crisis management.

Under international law, as the United Nations recently has asserted, the border children are entitled to be classified as refugees from violence and war. They can be held in emergency tent facilities for 60-90 days, provided legal advocates, and have their individual cases adjudicated. (See the New York Times’ analysis by Sonia Nazario). Those considered refugees from violence or persecution are entitled to asylum arrangements. (Homies Unidos founder, Alex Sanchez, was granted asylum in a 2012 federal proceeding on grounds that he would be tortured or killed if deported to El Salvador.)

Standing up for innocent children will win Barack and Michelle Obama more public support than by deporting them without due process. He should consider flying to the border to welcome some of those granted asylum, as a presidential rebuke to Rick Perry and Jan Brewer.

Obama isn’t likely to do that, of course, but there’s more he must consider. First, he should fire the head of the Drug Enforcement Agency, Michele Leonhart, a Republican symbol of the numerous conservative federal officials who are defying his policies. He should confer with the Central and Latin American officials who are pleading for the end of the drug war violence, and act on their recommendations in their countries. Finally, he should pivot from the Clinton-era neo-liberalism to a long-promised revision of policies like NAFTA, and CAFTA, which cause disruption, unemployment and the refugee influx north.

Withdrawing from the drug war, militarization, and privatization policies in Central America will be as complicated as the US “redeployments” from Iraq and Afghanistan. The broad peace and justice movement will have to focus greatly on the challenge. A different policy toward immigrant rights in the United States begins with new policies south of the border, but equally with a greater movement at home against deportations, runaway shops and white nationalist hysteria.

This piece first appeared in TomHayden.com