The High Cost of Sitting Down With Industry 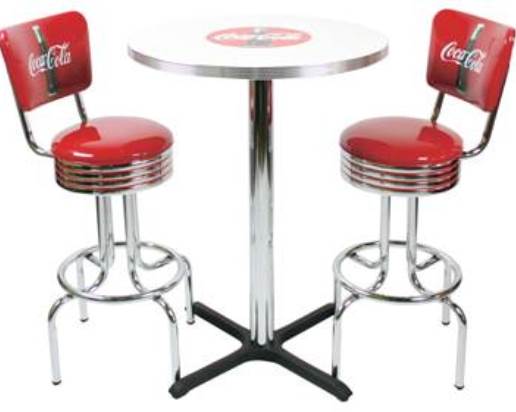 Is it possible for the food industry to be part of the solution to our country’s nutrition-related health woes, or is it simply part of the problem?

Big Food and Big Soda cling to, and propagate, the myth that they are “sitting at the table” with health organizations to tackle public health problems. Disturbingly, health organizations that accept funding from the likes of Coca-Cola, McDonald’s, and PepsiCo – like the Academy of Nutrition and Dietetics (which represents registered dietitians like myself) and the American Society for Nutrition – often parrot that idea to justify these financial relationships.

The nutritional fable goes something like this: Rather than criticize industry for its questionable practices, health organizations should “sit at the table” with industry leaders and see what compromises can be reached.

This all sounds wonderfully cooperative and democratic, but it also ignores some stark realities.

Let me ask you this. What do you think would happen if a 4-foot tall, 80 pound person is matched up with a 9 foot tall, 500 pound person for a three-legged race? And imagine that while the 4 foot tall individual has a goal of going left, their giant partner is intent on going right? There is no doubt that the latter’s sheer size and strength would dominate, and the 4-foot tall partner would be dragged along.

That is pretty much what happens when health organizations and Big Food/Big Soda come together. Health organizations have – or should have – one simple goal: help Americans achieve healthier lives. Coca-Cola has one very specific goal: sell as much product as possible. Expecting Coca-Cola to prioritize health over profits borders on delusional.

Certainly, coalition politics and “sitting at the table” are paramount for success, but health organizations should prioritize such meetings with other organizations that have similar goals.

While industry is always quick to point out how interested and motivated it is to be “part of the solution,” it is crucial to consider its actions, which mainly show how it fights relentlessly against public health and has no qualms about spinning science to its benefit.

With added sugars — and especially sugar-sweetened beverages — continually coming under scrutiny within the public health realm, sales of sodas in freefall, and Connecticut Congresswoman Rep. Rosa DeLauro’s recently proposed national tax on sugar-sweetened beverages, it is fair to say the writing, though faint, is on the wall for soft drink giants like Coca-Cola and PepsiCo. That is not to say they won’t employ every tool in their arsenals to deny and spin the public’s mounting concern.

1) “Studies show that under some circumstances, intake of sugars can boost performance on cognitive tasks.”

It’s interesting how Coca-Cola is always quick to point out that sugar is found all over the food supply (i.e.: “don’t blame soda for sugar intake!”), yet when it comes to the benefits of carbohydrates, they are quick to take full credit and conveniently forget to inform the general public about healthier versions of carbohydrates (such as oats and whole fruits).

2) “The U.S. Institute of Medicine found that very high and very low intakes of added sugars were associated with lower micronutrient intakes. The report suggested an intake level of 25% or less of calories (energy) from added sugars in the total diet based on data showing decreased intake of some micronutrients in some population groups exceeding this level.”

Fear-mongering at its worst. This is a misleading and irresponsible warning that cutting back on added sugar could hinder nutrition. Let’s look at what the Institute of Medicine actually says:

Note that the Institute of Medicine does not mention a minimum daily recommended amount for added sugars. Let’s also remember that plenty of scientific evidence points to a significantly lower recommended maximum intake of added sugars (the general consensus being no more than ten percent of total calories consumed).

3) “The causes of diabetes continue to be a mystery.”

Not really. While a multitude of factors can increase risk for the development of Type 2 diabetes, nutrition research has clearly demonstrated that increased intake of sugar-sweetened beverages is linked to a higher risk of developing various chronic diseases, including Type 2 diabetes.

At the bottom of the page, visitors are encouraged to learn more on the issue by reading documents from the International Food Information Council — a food industry front group that Coca-Cola (and other food companies) helps fund.

This type of spin is in addition to the relentless lobbying industry engages in to actively fight any public health policy that threatens its bottom line. That isn’t surprising; it’s how the capitalism game is played. With that in mind, health organizations should be savvy and realize that expending energy on getting Coca-Cola “to do the right thing” is unproductive and inefficient.

When it comes to “sitting at the table” with industry, industry sets the table, chooses the menu, and then sticks health organizations with a hefty bill.