Has SF Lost Its Non-Conformist Spirit? 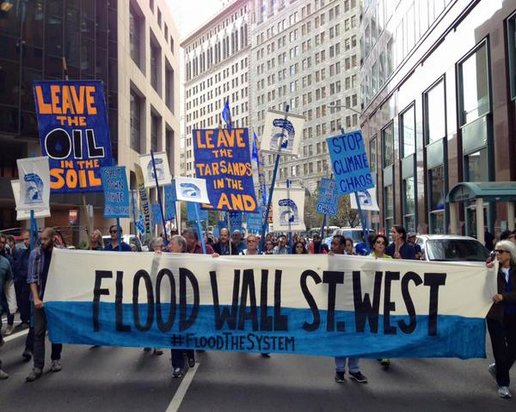 Last weekend, San Francisco featured a nude march down Dolores Street, the BDSM-themed Folsom Street Fair, and an anti-eviction themed Mission block party. Does this look like a city that, as one recent article described, “is starting to resemble a boring suburban place”?

I ask because the drumbeat of claims that tech has destroyed the offbeat, non-conformist San Francisco conflicts with the city’s reality. Yes, Google buses annoy the heck out of residents, artists are being forced out, and housing prices on vacant apartments and single family homes have gone through the stratosphere (though neither have been “affordable” for some time).

We could fill a catalog with indices of San Francisco’s increasing wealth. But rising affluence does not mean the city is now a replica of the white picket fence suburbs.

In other words, has a wealthier San Francisco dulled the city’s activism, offbeat spirit, support for tenants and workers, commitment to greener transit, investment in the poor or any other measure whereby we test whether the city has become a “boring suburban place?”

I see more grassroots activism around progressive issues in San Francisco today than at any time since the 1990’s. This would not be possible if tech had killed the city’s historic spirit of dissent.

You don’t see tenant activists in mass occupations of City Hall in Orinda, Lafayette or Ross. I’m unaware of any suburb in the country that has anywhere near the level of ongoing street protests that still characterize San Francisco.

If you want to talk about a Bay Area city that has transformed into a politically quiet suburb, it’s Berkeley. Berkeley has changed far, far more than San Francisco over the past decade, but its skyrocketing housing costs and more conservative milieu—-neither related to tech— are ignored.

Berkeley’s median single family home price now exceeds $1million. A community that long served as a hip, cheaper alternative to expensive San Francisco now has a much less activist population than at any time since the 1950’s.

Whereas San Francisco continues to be infused with young activists despite soaring rents, Berkeley has a sharply diminished young activist base. Most of those still engaged are seniors. 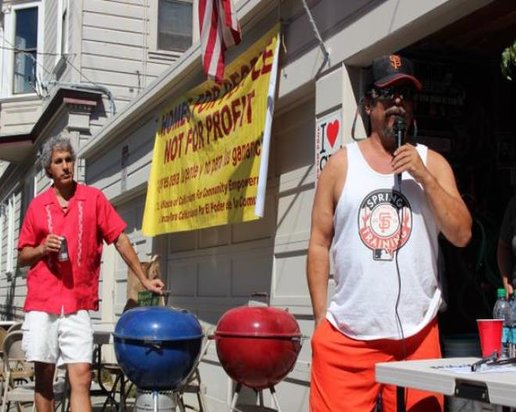 Only a Matter of Time?

The best argument I’ve heard from those concerned about tech’s impact on San Francisco is that the change to a suburb-like city is only a matter of time. It is said that those protesting today arrived before the tech influx, and that what people are fighting for today is who will be living in San Francisco twenty years from now.

In other words, San Francisco’s spirit of non-comformity is not dead yet, but will be absent activism to change this future.

This assessment makes a lot more sense than all those claiming San Francisco has already been “destroyed” due to Google buses and outlier hamburger prices. It’s the reason I was so bothered by Alexandra Pelosi’s false depiction of the future of San Francisco’s public housing; here we have an example of San Francisco affirmatively moving to protect economic diversity longterm and yet the film falsely says that “rich white people” will get the new public housing units.

I don’t see anything “progressive” about claiming all hope is lost for maintaining San Francisco’s diversity and then belittling or ignoring all efforts toward this goal. And based on what is actually happening in today’s San Francisco, reports of it becoming a conformist, Revolutionary Road type suburb are disconnected from reality.