Kamala Harris Holds All the Cards for 2016 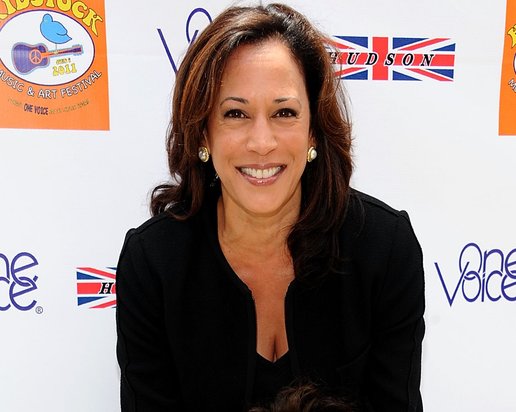 The media loves speculating about future elections. It is far more interested in the daily plans of likely Republican presidential primary candidate Jeb Bush than in covering issues like the lack of safe and affordable housing, which impacts millions of Americans each day. That’s why Barbara Boxer’s announcement that she would not run in 2016 set off a wave of stories speculating about potential candidacies to replace her.

But there is one candidate that is politically stronger than the rest, and she holds all of the cards for 2016: Kamala Harris.

Harris would defeat any other candidate in either the Senator of Governor’s races. After doing what many thought impossible in winning election to the Attorney General as a woman of color, her statewide political strength is clear. Harris either decides to become the state’s next governor, or wins Boxer’s seat hands down.

I’ve always assumed that Harris wanted to be Governor. She would be California’s first that was female and the first non-white.

California Governors have dramatically more power than the state’s U.S. Senators. Ronald Reagan used the position as a springboard to the White House, and Jerry Brown tried to do so.

In contrast, none of California’s Senators have reached the pinnacle of national power since Richard Nixon, who gave up his seat in 1953 to become Vice-President.

Dianne Feinstein got a lot of press over her role in exposing the Bush Administration’s torture, but neither she nor Boxer were a regular presence on the national stage (a role seemingly reserved for Republican Senators like John McCain and Lindsey Graham, who dominated Sunday talk shows even when Democrats controlled the Senate).

Senators are one vote out of 100 in a body where on key issues majority does not rule. Governors implement policies and programs, Senators do not. That’s one reason that Barack Obama was only the third sitting senator (the others were Harding and Kennedy) to win election as President.

If Harris takes office as California’s Governor in 2019, she would only be 54. If her ultimate goal is reaching the White House, as many believe, she would be able to seek the presidency in her second term as governor in 2024 at age 60. That’s a lot younger than Hillary Clinton (now 67), Jeb Bush (62 next month), or Mitt Romney (68 in March).

I understand that the political winds have Harris running to replace Boxer while Gavin Newsom opts to wait for the 2018 governor’s race, but that would put both politicians in the job less suitable for their talents (Ed note: That will be the result, as Newsom announced later on Jan 12 that he would wait for the Governor’s race and Harris declared her Senate candidacy) Harris For Harris to give up the Governor’s office to spend years rising up the seniority chart in the Senate only makes sense if she is eager to live in Washington DC.

Who Gets Boxer’s Seat?

Let’s assume Harris decides to run for Governor. That creates a scramble for Boxer’s Senate seat.

Unfortunately, the best candidate for Boxer’s seat is not eligible. That would be Julian Castro, the current HUD Secretary whose home state is Texas. Castro is the type of rising Latino political star that California Democrats need to elect to one of the state’s top positions (Senator or Governor).

But California lacks someone like Castro. Two-term Los Angeles Mayor Antonio Villaraigosa should have been that rising Latino star. But his personal self-destructive conduct, lowlighted by a trip to Mexico with Charlie Sheen, likely disqualifies him. The Sanchez sisters have no state presence. Former Assembly Speaker John Perez lost the race for State Board of Equalization, and Secretary of State Alex Padilla lacks the name recognition and funding capacity for a Senate race in 2016.

This leaves Gavin Newsom and billionaire climate change activist Tom Steyer as the two strongest candidates. If Steyer wants it, he might be tough to beat.

Steyer has unlimited funds and is seen as a guy who can get things done.

Once again, a Senator from California is just one vote out of 100. If the choice comes down to whether Steyer or Newsom is more likely to put climate change on the national agenda, the answer is clearly Tom Steyer.

Dianne Feinstein won’t be in the Senate forever. Her eventual departure opens up another slot for California’s many ambitious politicians. Newsom wants to grab Boxer’s seat before Los Angeles Mayor Eric Garcetti or a rising Latino politician is ready to run for Feinstein’s spot.

That’s enough for 2016. Now if we could only get the media to write about how Governor Brown’s state budget completely ignored California’s worsening housing and homelessness crisis.

Brown’s supposedly realistic budget offered no new money for a housing affordability crisis impacting millions of Californians. How does a Democratic Governor get away with ignoring this critical problem?

If our traditional media spent as much time connecting the lack of state dollars to rising homelessness across the state as it does speculating on future elections, Brown might feel compelled to act.

Randy Shaw is Editor of Beyond Chron. His most recent book is The Activist’s Handbook: Winning Social Change in the 21st Century.