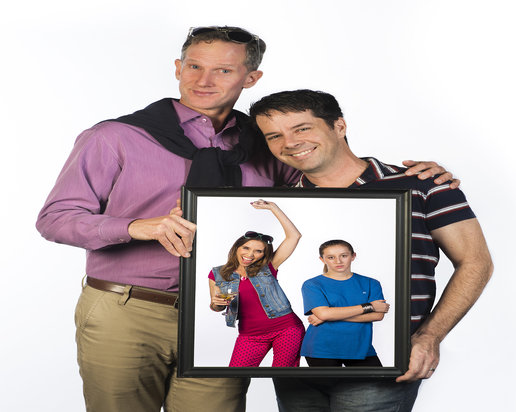 By Lois Tema - The Team

Lets start out with this:

There are two guys that seemed to be in love for a while. But, you know how things happen. For instance — one of the guys said: “All babies should be packed into pie’s.” Wow – that’s a little bit nasty isn’t it? I hope that they are just kidding. Instead she said: Can I have a week-end – before we drive off the rail? Yes, she is a big drag. Plus – she has a bubble on her tummy.

There is a friend that has taken over their cozy home. She is a witchy bitch showing that Donna is really pregnant (Teri Whipple). She is more than a little bit on the Drug side. It’s getting worse at the boys charming little Apartment. Everything was alright now – but that baby will be running around soon. The two men at home are not really having a great time. It’s not genuine magic.

The young girl doesn’t care what she does. She want to be known as cool. The boys asked about the parents: “All my parents are dead!” I guess they just don’t care. That’s for sure!

One of the boys is younger. He’s says that he is writing a story or something. One of them says – “This is not an adventure – Ass Hole!”

It seems at this moment that there are tremendous uproars going on. The two men can’t get together at this point, and the Lady won’t leave each ‘Gay Bob’. She knows how to make people miserable. Where’s the money?

OPT OUT – both men might do better on a Cruise Ship. It’s so much fun. But not always. Love is sometimes ugly.

THE ACTORS ARE SUPREME

But the play kinda falls to pieces.