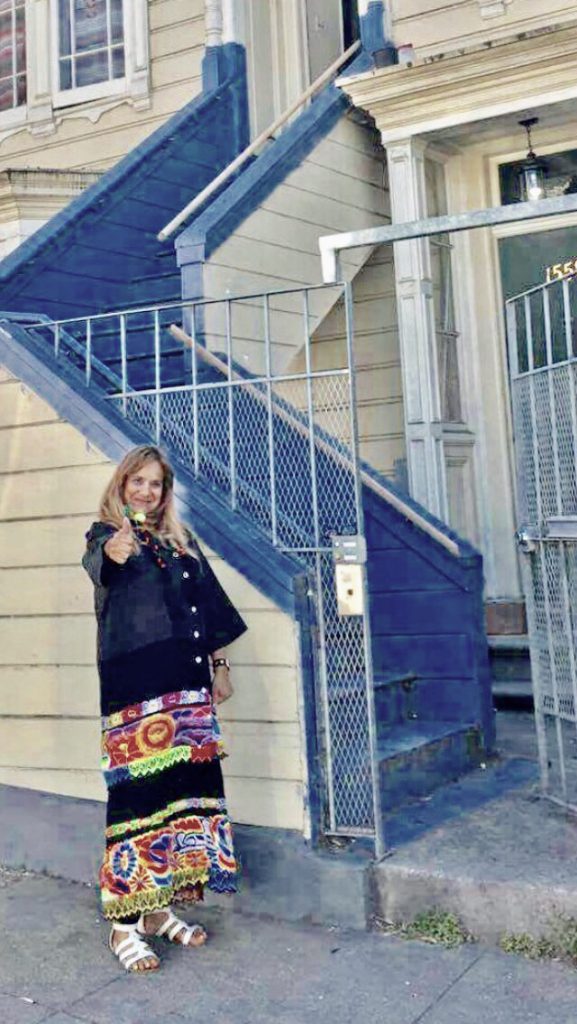 As I wrote in the Spring of 2016, grounded for 35 years in the Sunset District, Mariella Morales is braced with Pachamama beliefs from her childhood in Peru, that humans are bound to live in a manner that supports a sustainable future that works for all.  Mariella says she will not let the newly-rich displace her from the wooden floors and the backyard earth she and her children have walked on for more than three decades

In February 2016, Mariella and Jason were served with Ellis Act eviction papers.  The property valuation evidences the motive; according to the online data the property sold in September 2015 for $825,000. It is now valued at $1,300.000.  Rental property with tenants removed has an even greater value.

Arvand Sebetian’s internet profile (Inc. 2013) depicts him as an Eldorado Hills, Belvedere or Santa Rosa based Founder / CEO of tech company Arvixe, LLC.  In a May 2013 article “30 under 30” in Inc.com, Sebetian’s company is described as having no offices, though with 85 employees, including “one employee who lives out of his RV, drives all over the country and homeschools his kid.”  According to the article Arvixe was expecting $12 million in revenue.

In his haste to evict these long-term tenants, landlord Sebetian did not comply with the law. On June 19, 2017 Mariella and Jason’s legal challenge to landlord eviction action was argued in the San Francisco Superior Court.  The Honorable Ronald Evans Quidachay sustained the tenants’ legal challenge that landlord Arvand Sebetian’s termination notice was fatally defective, as it failed to comply with the requirements of the San Francisco Rent Ordinance.  Arvand Sebetian’s  case will be dismissed.

While Mariella believes that the landlord will continue to seek to displace her, she takes comfort that just as the destruction of rain forests is incompatible with a sustainable ecosystem, the churning of property and displacement of persons for mere financial gain is truly shallow and unsustainable conduct, doomed to failure.