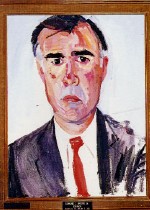 Unlike Barack Obama, incoming California Governor Jerry Brown did not sell himself to voters as an agent of transformative change. To the contrary, Brown was the cool veteran who could be trusted to steer the ship wisely, a career politician offering stability after the shaky Schwarzenegger years. But Brown’s history shows that he likes to shake things up soon after taking office, and he now has the perfect opportunity. The public desperately wants a solution to California’s longstanding budget crisis, and Brown’s political capital is as high as it will ever be following an election where Democrats won every statewide race and maintained all their Congressional seats. Yet activists face a major challenge. Brown’s history also shows that the lack of progressive pressure causes him to move to the right, which means activists must organize statewide to ensure that Brown’s budget reforms are as progressive as possible. This means mobilizing outside the electoral process, which has been a problem in the past. I have no doubt Brown will succeed in getting people excited again about California’s future, and progressives need to make sure they are central to this agenda.

Jerry Brown is the savviest active politician in the United States today. He coasted to an easy victory over Meg Whitman’s millions, and did so without raising expectations among his supporters.

But because Brown did not inflate backers expectations does not mean that he does not recognize that 2011 is the critical year of his second stint as Governor. His first year as Governor in 1975 – when he signed the nation’s first Agricultural Labor Relations Act among other achievements – and as Mayor of Oakland in 1999, when he began implementing his downtown redevelopment plan – shows that Brown understands that political opportunities are fleeting and must be seized.

Brown’s first priority is getting California out of its budget mess. Schwarzenegger used the state’s massive budget deficit to recall Governor Gray Davis, and Brown knows that his success in 2011 will be entirely measured by his handling of the budget.

This means that Brown will not follow his two predecessors and simply stitch together a budget that pushes the hard decisions off to the future. Brown realizes that this strategy is not only a political loser for him, but also prevents him from ever getting the opportunity to fund new programs that will be part of his legacy.

Because Democrats control the Legislature and after Prop 25’s passage no longer need a 2/3 vote for budget approval, Brown has greater flexibility to engage in major budget reforms in 2011. Many of these reforms will be bitterly fought by groups that backed Brown, but legislators and constituency group leaders know that it is Democratic constituencies and interests that are the primary victims of the state’s structural deficit and that meaningful change must now occur.

While much was made about Brown’s insistence that voters approve any new taxes, and by Prop 26’s requirement that “fees” now also go to the voters, this does not mean that such approval must be statewide.

Of course, many cities and counties will not be able to pass local revenue measures, and getting voters to approve any new expenditures in the current economic climate is not easy (consider the defeat of Prop 21, which imposed a mere $17 annual fee for maintaining state parks). But Brown will create openings for such strategies that were previously foreclosed.

Will Brown go after the budget of the state’s obscene prison industrial complex? He is longtime allies of the powerful California Correctional Peace Officers Association (CCPOA), but even its website notes that “in light of a diminishing budget and court orders to reduce overcrowding, Gov.-elect Jerry Brown is expected to continue the cost-cutting and population reducing measures already under way for the state prison system.”

Solving the structural budget deficit requires every constituency to take a hit, and there is no way Brown will get himself in a high-profile fight with Democratic legislators over protecting prison guard largesse. This is an area where Brown can make a budget deal where a Republican Governor – who CCPOA saw as adversarial –could not.

As Brown puts every state agency and program on the possible budget chopping block, statewide organizing to protect vital services will be more critical than ever. California grassroots groups have proved very successful around elections, but either disappear or lack the funding to be effective in between elections when activism is critically needed.

This lack of activism will prove deadly for progressive constituencies under Governor Jerry Brown.

As I describe in my book on the United Farmworkers legacy, Cesar Chavez and the UFW had to use grassroots pressure tactics to get Brown to act in 1975 even after he (1) had promised during his campaign to back an agricultural labor relations law, (2) personally supported such a law, and (3) admired Cesar Chavez perhaps more than any other living person.

The fact that incoming Governor Jerry Brown needed to be pushed in 1975 by the political ally he most admired and a constituency who worked hard to elect him should tell today’s activists all they need to know. Brown’s psyche requires that he sees constituencies mobilizing for what they care about, and if this is missing, it does not matter how much the Governor shares your views or what your group did for his 2010 campaign.

This does not mean that Brown is not loyal. To the contrary, Cesar Chavez and the UFW had a tremendous relationship with Brown, and key UFW staff led Brown’s 1976 and 1980 presidential campaigns.

But the UFW always understood that the terms of Brown’s loyalty required that they often had to be in Brown’s face. And this dynamic has not changed for progressive constituencies dealing with Brown four decades later.

Can the labor unions and grassroots organizations whose recent electoral outreach work brought Democratic victories in California effectively mobilize around state budget policies, not candidates, in a non-election year? The answer better be yes, and this means foundations and other donors funding organizing as they do electoral work.

The funding of ongoing state organizing on behalf of working people would be great to see. And given the extreme budget crisis and Brown’s commitment to even radical actions, such funding is imperative.

Jerry Brown will be as progressive a Governor as we make him. The time for self-congratulation for our California victories in November is over; now activists must ensure they translate into results.