Did Gentrification Save Brooklyn? 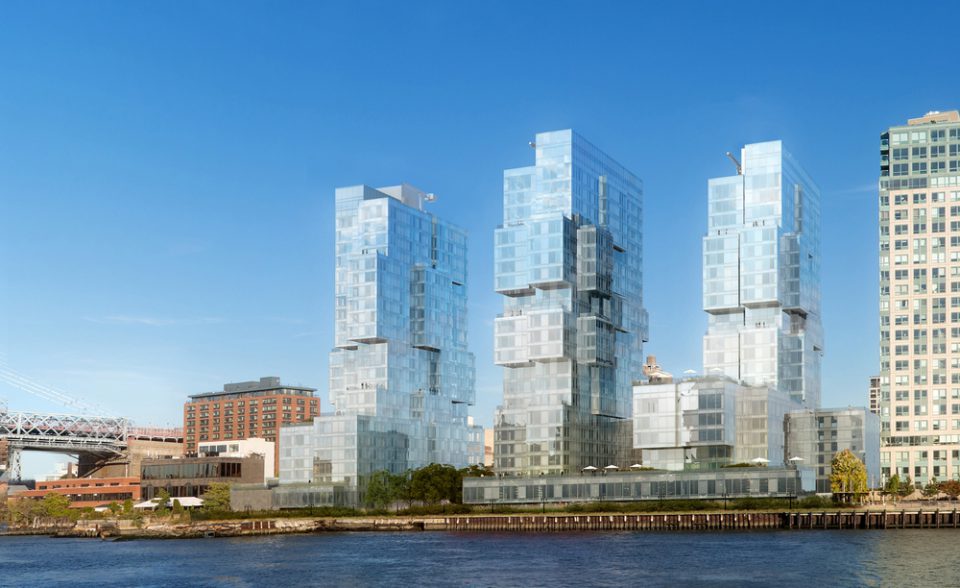 The 2005 upzoning of the Williamsburg waterfront

Angry over the upscale transformation of formerly working-class Brooklyn neighborhoods like Park Slope and Williamsburg? Kay Hymowitz argues that rather than bemoan Brooklyn’s gentrification we should applaud it. In her new book, The New Brooklyn: What It Takes to Bring a City Back,  Hymowitz argues that declining urban neighborhoods face a choice: create a safe and healthy community through an upscale transformation that replaces the working class with affluent new residents, or keep the community crime-ridden and impoverished.

Given the alternatives, Hymowitz makes her choice obvious. She contrasts gentrified Park Slope with ungentrified and still dangerous Brownsville and understandably favors the former. She cites the advice of a London “hipster:” “If you want to stop a place—anywhere—from becoming gentrified, don’t move there, don’t even go there—leave it the hell alone.” She sees Brooklyn’s Brownsville neighborhood, a still economically depressed “permanent ghetto,” as the result of following this strategy.

Before I explain why gentrification is not an essential element of neighborhood revival, let’s consider Hymowitz’s arguments.

Hymowitz, a fellow at the Manhattan Institute who lives in Park Slope, sees Brooklyn’s revival in the context of other American cities struggling for a post-manufacturing future. She correctly argues that since the blue-collar jobs of the past are not coming back the cities that prosper today must attract the educated white collar workers who create economic growth.

Much of Brooklyn has clearly done that. And Hymowitz admires the results. Her book offers a valuable reality check to those who believe that all would have been fine in Brooklyn had the Dodgers not moved to Los Angeles and new generations of young white professionals had followed their parents lead and lived in the suburbs.

Brooklyn was declining prior to the gentrification of Park Slope and other neighborhoods. While the author exaggerates in suggesting that much of Brooklyn in the 1960’s and 1970’s was headed to becoming another Detroit, it is hard to dispute her conclusion that the return of the creative class and highly educated young people to Brooklyn has made it a far more desirable place to live and work.

The story of Brooklyn’s transformation, however, is more complex and  troubling than Hymowitz presents. Consider Williamsburg.

In her chapter, “Haute Hippie Williamsburg,” Hymowitz describes how in the 1980’s and early 1990’s a longtime Italian, Puerto Rican, and Satmar Hasidim working-class community saw an influx of young artists “drawn to the adventure of the razor-wire and oil-tank landscape and the waterfront, with its broken piers, abandoned burned cars, and occasional body parts in the high grasses; walking ten blocks to the Laundromat while dodging the more than occasional rat made for good war stories and polished their starving-artist cred.”

In 2005, the Bloomberg Administration accelerate the gentrification process by rezoning the Williamsburg waterfront for highrise, thirty-story luxury condo development.  Instead of allowing Williamsburg to develop organically, a massive transformation of the North Brooklyn waterfront ensued. Although Hymowitz notes that critics of the rezoning were proved correct and that there were broken promises for affordable housing. she  largely defends Bloomberg and the developers.

Yet Williamsburg’s waterfront upzoning counters the author’s thesis that bringing cities back often requires “creative destruction.”  Building waterfront highrises had nothing to do with “creativity” or “bringing Williamsburg back.” The neighborhood was already thriving. Instead, like America’s long history of “urban renewal” projects it was a government strategy to reward real estate speculators through displacement and gentrification.

Also in 2005 the Bloomberg Administration used zoning laws to demolish over 100 buildings housing artists in Williamsburg. Curiously, Hymowitz omits this essential part of the Williamsburg story. This demolition of affordable living spaces and mass displacement of working class tenants was not necessary to “bring Williamsburg back” or to prevent it from descending to the economic malaise of Brownsville; rather, it was intended to reward real estate speculators and expedite gentrification.

The author’s cheery account of Williamsburg’s transformation downplays the actual damage to people caused by the the demolitions and displacement. For an inside look at this dark side of Williamsburg gentrification I strongly recommend Su Friedrich’s 2012 film, Gut Renovation, which chronicles the destruction and artist displacement.

The mass, government-initiated evictions in Williamsburg coupled with the  waterfront upzoning shows a city government aggressively promoting displacement and gentrification, This is contrary to the upbeat account of a largely organic improvement of Brooklyn described in The New Brooklyn

Also absent from the book is the demolition and displacement in the Atlantic Yards project in Prospect Heights, adjacent to Park Slope. As in Williamsburg, artists, small businesses and working people were displaced from the area around Atlantic Yards not because they were drug dealers or were part of a “permanent ghetto” but because they stood in the way of massive speculator profits. The commercial and residential areas around Atlantic Yards were doing just fine before the massive Barclay Center and condo towers were proposed. The resulting displacement was not “creative destruction” but the worst of undemocratic,profit-driven planning.

I challenge the view that recovering communities and cities must either be gentrified or remain undesirable in my book on San Francisco’s non-gentrified Tenderloin neighborhood, The Tenderloin: Sex, Crime and Resistance in the Heart of San Francisco.   I discuss how some in the 1980’s and 1990’s felt the Tenderloin needed a “big economic punch” to revitalize its long dormant economy. Had the Tenderloin been in Brooklyn, the city would have rezoned the neighborhood for highrise office and condo towers. The resulting demolitions and mass tenant displacement would be seen by pro-gentrification scholars like Hymowitz as a natural part of the historic process of neighborhood change.

Yet the Tenderloin proves each day that it can become a safe and desirable  without displacing existing residents. The same could also be said for San Francisco’s Mission District in the 1980’s, which was thriving without speculator evictions of Latino families.

Williamsburg, Park Slope, Fort Greene and other Brooklyn neighborhoods were progressing just fine for the reasons Hymowitz describes in her book without government interventions that accelerated and intensified their upscale transformation.

Political decisions produce gentrification. The process is usually not an “inevitable” outgrowth of a neighborhood’s inherent virtues. I share Hymowitz’s joy at the restoring of historic Park Slope brownstones and the revival of Brooklyn neighborhoods. But this process could and should have been accomplished without displacement, and the government interventions should have been to protect existing residents, not endanger them.

Randy Shaw is Editor of Beyond Chron. He writes about the historic Williamsburg coalition of Satmar Hasidim and Puerto Rican Catholics who came together to successfully stop a city-backed proposed waste incinerator at the Brooklyn Navy Yard in his book,  The Activist’s Handbook.