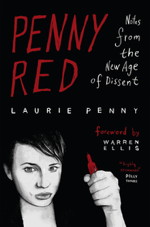 If the desire to buy gifts during the holidays has infected even you, Dear Beyond Chron reader, why not display a little quirkiness? At the very least, one of the items described here may wind up expanding the recipient’s perceptions in unexpected ways.

Why not surprise the comics reader in your life with Tadashi Agi and Shu Okimoto’s “The Drops of God?” It’s an enthralling page-turning manga about … wine appreciation. Estranged son Shizuku Kanzaki learns of his father Yutaka Kanzaki’s death. The elder Kanzaki was a famed wine critic who amassed a collection of rare and valuable wines worth 2 billion yen. Despite having his senses of taste and smell trained by his father, the son has little interest in the collection.

Shizuku’s attitude changes when he learns that he must fight renowned wine critic Issei Tomine for his inheritance. Both men have one year to identify 12 great wines described in Kanzaki’s will as well as a mysterious 13th wine referred to as “The Drops of God.” Can a man who’s ignorant of the world of wine defeat a man who’s made his career learning about the ways of wine?

Both Two Buck Chuck drinkers and those who imbibe Richebourg Grand Cru will find much to love about wine in this wonderfully illustrated graphic novel series. Whether turning decanting wine into an art or metaphorically rendering a wine’s taste as a lively Queen concert, the reader will be both educated and entertained. Equally importantly, both types of readers will be introduced to such incredible real-life wines as Miani and Cros-Parantoux.

Shizuku’s gradual education in wine appreciation is a metaphor for accepting his family’s heritage. It’s also a way to painlessly introduce readers to the accessibility of wine’s long history. Perhaps that’s why Decanter Magazine called Agi & Okimoto’s work the most influential wine publication of the past 20 years.,

For recipients whose tastes tend towards the carnal, perhaps custom-made glow-in-the-dark vagina dentate panties may make a perfect gift. Melissa Dowell’s unique underwear offers the sexual thrill of wondering whether the recipient loves the giver or secretly harbors castration fantasies.

(Glow-in-the-dark vagina dentate panties can be ordered off Etsy for $18 apiece plus S&H. For pictures and further information, go to http://www.etsy.com/listing/88030022/vagina-dentata-glow-in-the-dark .)

Animal lovers and those with a taste for the visually freakish will enjoy Don Lewis and John Beck’s documentary “Worst in Show.” It’s a portrait of Petaluma’s legendary Ugly Dog contest, and the humans who enter their canines in the competition. The film has just been commercially released on DVD courtesy of Breaking Glass Pictures.

One of “Worst in Show”’s strengths is its revelations about what a person’s relationship with a dog says about the person. Dane, who owns the award-winning Chinese crusted dog Rascal, demonstrates a sense of entitlement to fame and fortune that quickly grates on the nerves. The owner of a flea-bitten and malnourished mutt rescued from Animal Control finds her caring for the dog helps her heal from the pain of a loved one’s suicide. A Katrina rescue dog owner’s compassion for her dog’s tribulations overshadows any awareness that her dog lacks the looks to be considered ugly.

The documentary also offers a brief consideration on whether the blind and sometimes crippled dogs are being exploited. While the dogs lack the comprehension to understand the purpose of the contest, they do appreciate the attention coming from the audience. The more disturbing and unanswerable question is whether Ugly Dog contests allow audience members to publicly express their dislike for creatures whose appearance does not conform to accepted standards of beauty.

Sam’s spectacularly crooked teeth and hanging tongue first propelled Petaluma’s Ugly Dog Contest to wider media attention. Unprepared viewers will admittedly be initially repulsed or amused by his appearance. But after seeing the genuine love and devotion displayed by Sam’s owner Susie Antrim, such viewers will agree with Lewis and Black’s argument that any dog regardless of appearance is deserving of love and attention. The tricky part is finding a human whose heart is big enough to deliver that love to less-than-perfect dogs.

(“Worst In Show” DVDs cost $19.95 plus S&H. It can be ordered online via http://www.shop.breakingglasspictures.com/Worst-In-Show-BGP291.htm )

Laurie Penny’s “Penny Red: Notes from the New Age of Dissent” gives a passionate and eloquent answer to potential recipients who wonder why the UK Uncut and Occupy Wall Street movements arose. The English journalist comes from the same general background as the protestors. She’s 25 and has lived the three-to-a-room, frozen pizzas 24/7 life for years. Yet what wonderfully tempers any “Voice of Her Generation” pretensions is her humble awareness that her writing for the New Statesman and appearing on Democracy Now is the product of luck. That humility translates into acknowledging how much she doesn’t know about the world. However, she knows enough to “question any smiling bastard who offers you a quiet life in exchange for good behavior.”

“Penny Red” collects some of her best columns from “The New Statesman.” These include first-hand accounts of being trapped inside police kettles at Whitehall and Parliament Square, her look at Stieg Larsson’s “Millenium Trilogy,” and why social mobility will never be the same thing as social justice. The setting may be different, but the social and political injustice Penny shines her laser-like passion and wit on crosses borders. One must give props to someone who can puckishly describe police charges against a beaten protester as “headbutting a police truncheon.”

Penny’s advocacy journalism offers an emotionally and intellectually stimulating alternative to passively accepting the pronouncements of the 1% or their powerful sock puppets. Get angry and get this book for others…and yourself.

(“Penny Red” can be obtained by mail for $20 plus S&H courtesy of Pluto Press http://us.macmillan.com/PENNYRED/LauriePenny )