by Peter Dreier and Donald Cohen on September 5, 2012 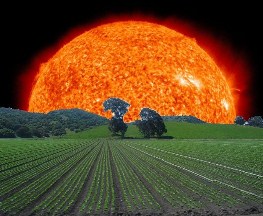 According to the National Oceanic and Atmospheric Administration, 2012 has been the hottest year on record — ever. Millions of Americans suffered through the sweltering heat this summer, many in triple-digit temperatures in the Northeast and Southwest, and in California’s Central Valley. California farm workers are literally dying from the heat. And their deaths are entirely preventable. Four hundred thousand California farm workers toil in extreme heat, producing 90 percent of the labor for the multi-billion-dollar agriculture industry that helps feed the nation our tomatoes, strawberries, grapes, lettuce and much more. They often lack water and access to shade throughout the long day in the fields. Since 2005, at least 16 farm workers have died due to heat illness.

In 2008, for example, there was Maria Isabel Jimenez, a 17-year-old girl who was pruning a vineyard for Merced Farm Labor, near Stockton. She worked in the fields for nine hours straight without any water and with no shade. After working under such brutal conditions, she collapsed. After delayed medical treatment, she was taken to a hospital several hours later and had a body temperature of 108.4 degrees. Within two days, Maria died.
Her case highlights everything that is wrong. The farm labor contractor involved had been caught before for not providing water and didn’t even call 911. The lopsided criminal justice system convicted the contractor of manslaughter but then sentenced him to “community service.”
A bill is now on California Governor Jerry Brown’s desk that will end these brutal practices and save lives. The Humane Treatment for Farm Workers Act (AB 2676) says that agricultural employers must treat farm workers at least as well as animals or face the same criminal penalties. (California law makes it punishable as a misdemeanor or felony for every person who fails to provide any animal with proper food, drink, shelter or protection from the weather.)
AB 2676 requires that farm workers must be given “continuous, ready access” to shade and enough “suitably cool” water for each employee to drink one quart per hour throughout their eight- to 10-hour work shift. Employers would be guilty of a misdemeanor subject to a six-month jail term and a fine of up to $10,000, increasing to one year in jail and a $25,000 fine if the worker-victim suffers injury.
The agriculture industry, predictably, is opposed to the new law. As always it claims that it’s a “job killer” that would “put farmers out of business.” They claim that it would actually hurt farm workers, since employers would send them home rather than risk fines. It’s hard to believe that farmers would risk their crops when they could simply provide shade and water — the humane and profitable thing to do.
California grower complaints and predictions of economic disaster about common sense laws that protect farm workers are nothing new.
They’ve been “crying wolf” for years.
Forty years ago, California’s farm workers were forced to stoop eight to 12 hours per day with short-handled hoes tending to lettuce and other crops. After only a few years in the fields, most workers suffered from chronic and debilitating back injuries.
In 1972, the nonprofit California Rural Legal Assistance petitioned the Industrial Safety Board of the state Division of Industrial Safety (since replaced by the Cal-OSHA standards board) to prohibit the use of el cortito, as the short hoe was known in the fields. The California Rural Legal Assistance argued that farm workers should be allowed to use a long-handled hoe to reduce back injuries.
The growers predicted economic disaster. Lettuce growers were among the loudest opponents. Hector de la Vega, a lettuce grower from Calexico, testified in 1973 to the Industrial Safety Board that California would “absolutely do away with the industry if the short-handled hoe was outlawed.” Another lettuce grower, Tom Merrill of Salinas, testified to the board in 1975 that the ban would result in reduced production, which would lead to a “total loss of food crops of monumental proportions.” Attorneys for Salinas-based Bud Antle Inc., the largest lettuce grower in the world at the time, argued that banning the short-handled hoe would be disastrous, leading to fewer crops and higher prices.
In 1975, the safety board rejected a ban on el cortito, but California Rural Legal Assistance appealed the decision. The state Supreme Court subsequently ruled against the agribusiness lobby. Soon after Jerry Brown become governor (the first time), the state Division of Industrial Safety banned the short-handled hoe.
The growers’ dire predictions proved wrong.
Today, California’s $30 billion agriculture industry is the world’s fifth-largest supplier of food and agricultural commodities. Lettuce production and revenue have steadily increased since 1975, when the hoe was banned. As of 2010, more than three-quarters of all U.S.-grown lettuce is produced in California. And the number of agricultural workers in California has steadily increased since the ban.
Even growers admitted they were wrong. Robert Antle, president of Bud Antle, told the San Francisco Chronicle in April 1975, “We fought this thing and worried about it and now it turns out not to be a problem.”
The governor, who created the groundbreaking Agriculture Labor Relations Board in 1975 during his first stint as governor, has a long history of protecting farm workers. He should sign AB 2676 that will advance the ALRA’s mission to “guarantee justice for all agricultural workers” and save lives.
This article first appeared in Fryingpannews.org