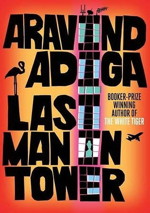 The past year will not go down as a cultural highpoint, with no novel (or movie) standing out from the pack. I found myself applying my highly recommended 50-page rule more than ever – if a novel does not grip me in fifty pages, and appears unlikely to do so in the next fifty, I go on to the next one. I finish far more nonfiction books, so my favorite list is weighted in that direction. But I did find one recent novel I can highly recommend, Aravind Adiga’s Last Man in Tower. The author of the wonderful White Tiger has come back with an even better follow up, and again raises questions as to why so few novels set in the United States deal realistically with class and social conflict. Here is my list of favorite books for 2011.

My favorite novel of 2011 was Last Man in Tower, a brilliantly nuanced account of a plan by a wealthy Mumbai developer to tear down two rundown apartment towers and replace them with luxury condominiums. The book provides remarkable insight into the character of those impacted by this process, and could easily be seen as foreshadowing the Occupy movement. This is a fun novel to read, and uses various characters to reflect the different perspectives toward development, community, family, personal ambition and other core values. It deserves wide readership.

My second recommended novel may be the most reviewed book of 2011, Jonathan Franzen’s Freedom. I was such a huge fan of Franzen’s early books that I went to Cody’s in Berkeley (now gone) to buy The Corrections on the first day it was available. My disappointment with that book soured me on Franzen, and I took my time before trying Freedom.

There is enough wrong with this book to support a negative review. But there are also more brilliant perceptions than are collectively found in dozens of contemporary American novels, and Franzen’s illuminations make up for his shortcomings. I give Franzen credit for immersing his characters in the actual politics and life of the United States, instead of writing a book about internal family dysfunction, zombies, vampires, or the other subjects that dominate fiction today.

I will also include Julie Orringer’s The Invisible Bridge among my favorites because it came out in paperback in 2011. It is as good as critics claim, and is the novel I felt most confident in recommending this year.

Brandes Gratz is not the first author to tackle issues of urban development with the Moses-Jacobs New York City conflict as a backdrop, but this book’s insights and conversational style sets it apart from many others. Some may feel she is overly protective of Jacobs’, but she does an excellent job responding to recent revisionist literature defending Moses.

Steve Early’s book on the nation’s labor movement and battle between SEIU and NUHW was a great contribution when it came out, and its value increases with each passing month. Early was among too few labor observers to recognize that SEIU’s trusteeship of its large, California-based UHW local was not merely an “internal” matter, but had broader political goals. Early’s criticisms of former SEIU President Andy Stern seem particularly on point in light of Stern’s alignment with corporate interests since leaving SEIU.

Chris Carlsson and Lisa Ruth Elliot’s book on San Francisco history beweenn the often covered 1960’s” and the better known 1980’s fills a critical gap. Among its stories,the book shows how activism at San Francisco State seeped into citywide movements, and describes the impact of the city’s growing multi-culturalism. I am not usually a fan of edited books with multiple authors, but it works here.

Harvey Pekar and Paul Buhle illustrated and wrote one of my favorite books of 2010, The Beats: A Graphic History. They reunited on this one of a kind book that represents the great Pekar’s (American Splendor) last work before his death in July 2010.

If you are interested in Yiddish culture or history, Yiddishkeit is an essential work. Paul Buhle has a remarkable talent for synthesizing material and understanding what interests readers. I have read nearly a dozen of Buhle’s works and have never been disappointed.

What always distinguishes Buhle is his unifying culture and politics, with insightful commentary on left politics of the 1930’s through the Cold War an ongoing theme. The artwork alone makes the book worth purchasing.

If you enjoy flea markets, or spend Saturdays hunting down garage sales, you will have trouble putting down Maureen Stanton’s Killer Stuff and Tons of Money. Stanton spends time with an antiques dealer at Brimfield’s legendary flea market and at other sites, and in the process she – and the reader – learn some very important lessons about antiques, ephemera, and other collectibles. The book does not romanticize the arts of picking and collecting, and it is guaranteed to make you feel better about purchases you now regret or wish you had made – it gives many examples of how even experts make mistakes.

I have not had time to read Oakland author Hank Chapot’s new e-book, Bordello Politique, but any book about San Francisco’s Atherton scandal and the case of Dolly Fine in the 1930’s deserves a read. If you think San Francisco politics are tawdry today, this book shows how things were far more corrupt in the past.

And if you are open to reading books not published in 2011, let me plug two of mine, The Activist’s Handbook and Beyond the Fields: Cesar Chavez, the UFW and the Struggle for Justice in the 21st Century (both from UC Press). 2012 is the fiftieth anniversary of Chavez’s drive to create a farmworkers’ union – so if you haven’t read about the movement’s legacy, now is a good time.

Regardless of what type of books you enjoy, pledge to keep reading books – not just Facebook or Internet news stories – in 2012.