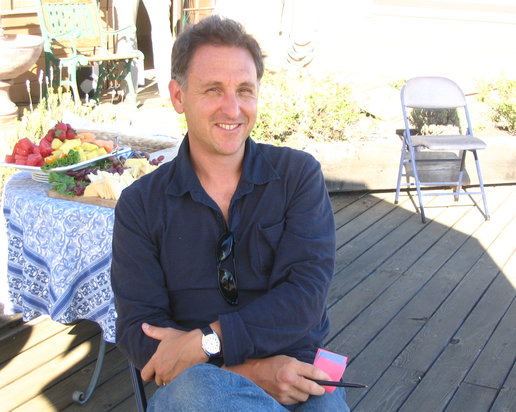 Erik Schapiro, who played a key role in the 1985 rezoning of the Tenderloin and the passage in 1990 of a powerful law protecting its SROs, died this week after a long bout with cancer.

I met Schapiro in the early 1980’s when he arrived in the Tenderloin as the community planner for the North of Market Planning Coalition. I was working in the NOMPC office at the time, as I was the sole paid employee of the Tenderloin Housing Clinic and we could not afford separate office space. Erik came just as the group was gearing up for the campaign that would determine the Tenderloin’s future: the battle over the neighborhood’s rezoning.

In the early 1980’s, the Tenderloin’s zoning was the same as downtown. Highrise buildings could have filled the longtime lowrise, residential area, with massive displacement of its low-income population.

Erik played a critical role in assembling the data to convince the Feinstein Administration that the Tenderloin’s zoning should be changed to reflect its residential status. And with the strong support of neighborhood residents and key community institutions, the new zoning was enacted in 1985. It reduced height limits from over 30 stories to 8 in much of the Tenderloin and 13 on its borders; non-residential uses were barred above the second floor.

The rezoning was only the first of many campaigns Erik spearheaded on the Tenderloin’s behalf.

In 1984, Safeway announced it was closing its store at California and Hyde. It was the closest supermarket to the Tenderloin, and residents were outraged.

In typical Erik fashion, he came up with an idea to address the problem: legislation requiring supermarkets to give six months notice of closing. That would give enough time for the community to recruit a replacement market for the site.

Erik came up with the Supermarket Notification Ordinance years before federal laws (the WARN Act) requiring large employers to give 60 days notice of business closures. His innovative strategy galvanized the Tenderloin. Large turnouts at Supervisor hearings got the measure through the Board of Supervisors, only to have Mayor Feinstein veto it.

Despite the veto, Erik’s strategy brought enough attention to the Safeway site that Cala Foods decided to occupy it. The site now houses Trader Joe’s, so its supermarket use has been preserved.

Erik also worked with residents to stop a proposed condominium project across the street from the Great American Music Hall. Erik carefully analyzed the economics of the out of scale structure and became convinced that, with construction loans then at 21%, there was no way the project was economically viable.

But after project opponents made their case to the Planning Commission, Commission President Toby Rosenblatt made a statement that I have frequently repeated ever since. Rosenblatt said it was not the Commission’s job to evaluate whether projects were economically viable.

The Commission then approved the massive project that, as Erik predicted, fell into foreclosure soon after groundbreaking. It was eventually completed, purchased for a song by Angelo Sangiacomo, and remains rental housing today.

Erik left the North of Market Planning Coalition in 1986 to become an aide to progressive supervisor Nancy Walker. In those days, the Board only had two solid progressives, Walker and Harry Britt.

Erik’s new job gave him the opportunity to use his skills to push progressive legislation. I asked him for help on an increasing problem of landlords using renovation schemes to displace longterm tenants through capital improvement evictions. Landlords were obtaining all the necessary permits for the renovation prior to the tenants even learning about the plans, which denied them their right to appeal such permits to the Board of Appeals.

Erik and I came up with an idea for legislation that would require applicants for renovation permits to post a sign outside the building. This would alert tenants who could then be notified of the permit’s issuance in time to file an appeal.

It would be great for tenants, but in that political climate passage was unlikely. Erik and Supervisor Walker came up with a plan to conceal the legislation by including it in a package of other sign notifications unrelated to residential landlords.

The 1986 hearing on what we were calling the Sign Notification Ordinance was among the most raucous in San Francisco history. A fiery Irishman named Joe O’ Donoghue had become President of the Residential Builders Association and was using this hearing to send a citywide message that attacks on the building industry were now to be met with outright war.

Sherriff’s deputies were called in case the shouting and yelling by RBA members turned into a riot. I asked Erik and Nancy if I should stay to testify and she laughed and said that with the builders up in arms over a separate piece of sign-posting legislation she didn’t think anyone would even notice our measure. She was right. The measure sailed through committee, the full Board, and was signed into law.

No way this legislation passes if Erik not been working for Walker, and it has stopped the eviction of hundreds of longterm tenants.

I had been trying since 1982 to strengthen the city’s Hotel Conversion Ordinance (HC0), which was passed in 1981 to prevent the conversion or demolition of the city’s SRO hotels. Yet major loopholes undermined the law’s goals. Erik used his position as mayoral aide to get the city attorney’s office to draft the legislation with the provisions we wanted. He also sold Agnos on the measure’s importance.

Enacting a stronger HCO was a battle. The first supervisors hearing was in August 1988, and the measure did not pass the Board until the following April. But thanks to Erik’s tenacity, the law did not get weakened along the way. When it took effect on May 12, 1990, San Francisco had an HCO law that was tough and enforceable. Without Erik pushing from the inside, we don’t get that big victory.

The above campaigns only touch a fraction of Erik’s productivity in the 1980’s. We often rode bikes to and from work together, in the days before Valencia Street had formal bike lanes. Erik was a star player on the Tenderloin Times softball team. The enormous energy he spent making flyers (these were the days of press on lettering) and meeting with residents, planning staff, legislative aides did not leave him too tired to play baseball after work.

But as Erik worked tirelessly for social justice, he and his wife Abbey began thinking about their future. Working for Agnos was all consuming. Erik decided he did not want to be a political lifer, but instead wanted to balance work with family. He, Abbey, and their oldest child Avi (later to be joined by daughter Shayna) moved to Santa Cruz, opening up a new chapter in Erik’s lifetime commitment toward helping low-income tenants.

In San Francisco, debates over housing construction centered on a project’s affordability. In Santa Cruz, many people did not want housing built at all.

So as Erik’s talents led him to rise through the ranks to become Santa Cruz County’s housing chief, he had to figure out ways to get affordable housing built in a very difficult political environment. He seized upon a population that in many ways was the Santa Cruz-equivalent of Tenderloin SRO residents: mobile-home owners.

Erik worked to save a rundown trailer park near Pinto Lake, which, like many of the San Francisco SROs in the 1980’s, many wanted to tear down. He found the resources to transform this housing of last resort into a quality mobile home park that kept its residents in their homes.

Erik saw mobile home parks as he did SROs: as an underrated housing resource that only needed to be nurtured to grow into a positive force. I spent a night talking with Erik for two hours about his many ideas for expanding mobile home parks in Santa Cruz. He explored every possible way to protect and expand what he saw as the most cost effective and practical way to keep low-income people in Santa Cruz County.

Erik also found the money to create what is now named the Schapiro Knolls Family Housing, an 88-unit project in Watsonville owned by Mid-Peninsula Housing. Erik spent over a decade working to make the project happen. It will serve people earning 30 to 50 percent of the county’s median annual income, which when it opened in 2012 was $28,740 to $47,900 for a family of four.

Throughout his life, Erik Schapiro took on the big fights on behalf of low-income tenants. His passion and high energy turned even the most unlikely challenges, like trying to pass the nation’s first law regulating supermarket closures, into winnable fights.

I was fortunate to work on a daily basis with Erik through the 1980’s, and to remain his close friend until the end. In the last conversation we had in November when he was still able to effectively communicate, we talked about his attending the opening of the Tenderloin Museum next spring. I told Erik that one way or another we would get him to the opening, and he was really eager to make this happen.

He didn’t make it. But the Museum will help preserve his Tenderloin legacy and that of others who fought to save the community and are no longer with us.

Erik Schapiro died on Hanukkah. It was a fitting day for a man who brought the world so much light.