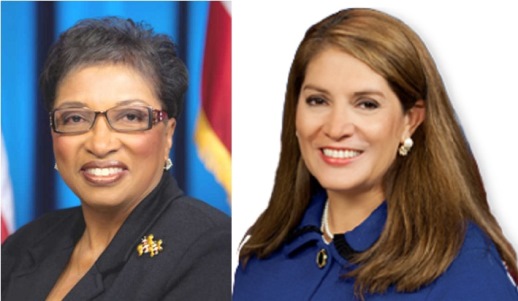 Landlord interests have nothing left to fight against in the Legislature this session, and are putting all of their efforts into protecting the right of speculators to evict elderly, disabled and other longterm and vulnerable tenants. Opponents from San Francisco are expected to turn out in force for the June 18 hearing, and reports are that their chief message is that Ellis reform is unfair to the city’s Chinese-American residents.

Yes, such a claim makes no sense when Ed Lee, the city’s Chinese-American mayor, is helping lead the Ellis reform struggle. And when Lee is far and away the most popular politician among Asian Americans. Yet the California Legislature is not a fact driven body. It only takes two Democrats on the Committee to hang their hats on the “Ellis reform is racially biased” claim for the bill’s defeat.

As occurred in the climatic State Senate floor vote, Ellis reform advocates face the challenge of winning the votes of legislators who have no direct connection to San Francisco or to speculator evictions. Bay Area housing activists may forget that much of California is still in a housing downturn, and the crisis affecting San Francisco is not easily felt by legislators in other parts of the state.

SB 1439 needs four votes on the Assembly Housing and Community Development Committee. They will have to come from San Francisco’s Tom Ammiano, the North Bay’s Mariko Yamada, Committee Chair Ed Chau, Cheryl Brown and Sharon Quirk-Silva (the latter two are pictured above).

San Francisco’s ability to protect vulnerable seniors from speculator evictions ultimately comes down to whether SB 1439 gets the vote of either Brown or Quirk-Silva. Brown is an African American woman who represents San Bernadino. This is one of the areas hardest hit by the bursting of the state housing bubble, and Ellis and speculator evictions are a non-issue.

I’ve learned a lot about Quirk-Silva’s record in the past week. She is a strong voice for labor, veterans, foster care parents and those with mental health problems. She has been a champion of working people, demonstrating a commitment to the type of vulnerable residents that SB 1439 seeks to protect.

But the challenge of winning tenant legislation in Sacramento is that otherwise progressive legislators like Quirk-Silva have no direct connection to the underlying issue. Unless she hears from her labor backers or other supporters encouraging her to vote yes on SB 1439, she may not want to cast a vote against the real estate industry.

No straw is being left unturned in trying to secure both Brown and Quirk-Silva’s votes. But we will likely not know their position until the June 18 hearing.

Will the Speaker Help?

Historically in Sacramento, the leadership’s support for a bill makes a huge difference. The original version of term limits weakened the Assembly Speaker’s influence because they could only serve three terms and had limited ability to direct money to and away from other members.

But now that Assembly members can serve for twelve years, some of the Speaker’s clout has been regained. New Speaker Toni Atkins could serve in this capacity until 2022 (she was first elected in 2010), which means that she can follow Senate leader Darrell Steinberg’s lead in helping to sway Brown, Quirk-Silva or both to support SB 1439.

Atkins is a strong tenant advocate, but if she has engaged in helping pass SB 1439 it is far under the radar. The Speaker’s support will be critical to getting through both the Housing and Community Development Committee and the Judiciary Committee next week, and now is the time for Atkins to step up.

In light of the expected large turnout from bill opponents, supporters are encouraged to attend the hearing. Once again, the statewide tenants group Tenants Together is arranging bus service to the hearing from San Francisco.

To get on a bus, people should meet on Wednesday, June 18 at 7am sharp on Fulton Street between the Asian Art Museum and Central Library. This early start is essential because the hearing begins at 9am (it is in Room 126). The buses will return to San Francisco thirty minutes after the hearing ends, which is expected to be at noon. If you prefer to drive up yourself, consider asking others to join you.

Keeping Eye on the Prize

Excitement over SB 1439’ s State Senate passage may have created the misleading impression that the bill was home free. It’s not. And while many have gone on to other issues —and key state allies have understandably been preoccupied with the budget—it’s now time to refocus attention on what remains the single most important housing related action San Francisco can take to address its housing crisis.

This means thinking hard about people you know who may live or work in Assemblymember Brown or Quirk-Silva’s district, and reaching out to them today to call their offices urging support of SB 1439. Many San Francisco activists and groups are connected to statewide networks/coalitions; now is the time to ask those living or working in these two key districts to get on board.

This effort to stop speculator evictions under the Ellis Act has come too far to end in failure this week. Let’s do everything possible until the June 18 vote to win this crucial battle for San Francisco’s future.