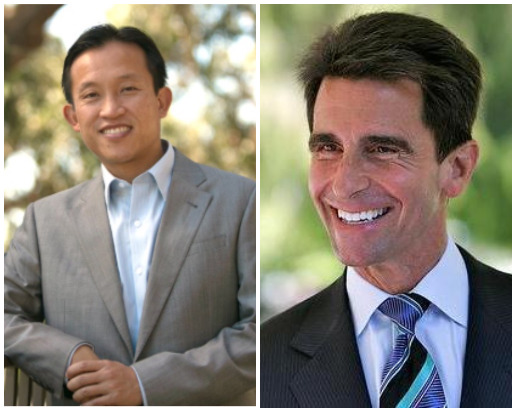 With San Francisco Mayor Ed Lee having three full years left in his term (he gives his 2017  State of the City speech today at the Tenderloin’s Hibernia Bank), it seems premature to discuss the November 2019 election for his successor. But with Matier & Ross reporting that Mark Leno has hired SCN Strategies —which ran both of Lee’s successful campaigns—to prepare for a 2019 campaign, this future race is already a topic of discussion.

While the 2019 race will resemble 2011 in having multiple, well-known candidates, Mark Leno and David Chiu have to be considered the current front runners. Both have won San Francisco elections beyond a supervisor’s district, and can raise money. They also both have a core political base and a proven track record of putting in the work necessary to win.

While Matier & Ross quotes SCN’s Sean Clegg that Leno is “head and shoulders above the field” when it comes to having a progressive agenda, that’s not so clear for the mayor’s race.  Leno was among the most progressive Sacramento legislators. He was outstanding on tenant issues, and tackled tough, third-rail progressive issues.

But Leno’s record within San Francisco politics is different. He was never part of the progressive bloc on the Board of Supervisors. He stayed neutral in the contentious 2014 Campos-Chiu Assembly race, which hurt Campos’ argument that his election was essential to keep the seat in LGBT hands. Leno endorsed and sent out campaign mail for Scott Wiener in his race against Jane Kim, even crediting Wiener for helping with Ellis Act reform (See my October 24, 2016 story, “Wiener Never Fought for Ellis Act Reform.”)

Some will give Leno a pass on backing Wiener due to their longtime friendship. But I know a lot of progressives who can’t simply forget that in two key state races shaping San Francisco politics, Leno passively or affirmatively helped the more moderate candidate win.

Some progressives will also note that while Leno opposed Airbnb and backed stronger short-term rental regulations, he endorsed Wiener, the Board’s leading opponent of such measures. Overall, progressives will not quickly line up behind Leno.

I’m also not sure how many San Francisco voters really know Leno. He hasn’t run a seriously contested race since defeating Carole Migden in 2008. The electorate has changed. Now he faces three years out of public office, and potentially out of the limelight.

Leno has obvious strengths. He carries the mantle of being San Francisco’s first gay mayor. He is the ideal candidate for a large race decided by ranked choice voting because it is hard to find anyone who feels negatively about Mark Leno. He could win the mayor’s race by virtue of being everyone’s second or third choice. On a personal level, Mark Leno is as classy as they come.

David Chiu is the other front runner. If you wonder why Chiu is so formidable, consider this: who are the Ed Lee voters in 2011 and 2015 that will not  also support David Chiu? Chiu will win big among Asian-Americans. He also had the breadth of support to defeat Campos in an Assembly district that largely excluded Chinese-American and moderate voters.

Chiu cannot match Lee’s historic 2011 campaign is in voter enthusiasm, but he will need to fire up a volunteer base.  In a race with Leno and other candidates, can Chiu mount a grassroots campaign of people working fervently on his behalf? That is his challenge.

Unlike Leno, Chiu has people who really oppose him and will not include him among their top three choices. His sponsorship of the weak short-term rental legislation in 2014 (and his receipt of $500,000 in Assembly campaign funds from Airbnb investors) burned his bridges with some sectors of the tenant community. His support for the Parkmerced development did the same.

Chiu has routinely been underrated in his career but his record of winning elections and political battles is impressive. A mayor’s race with him and Leno would be a contest of two super smart politicians who both know how to win. It would also present a fascinating consultant match-up between the city’s two most successful firms, SCN Strategies and Nicole Derse’s 50+1 Strategies.

Many progressive activists who backed Campos and Kim in the state races will not be content supporting Chiu and Leno, both of whom backed Wiener.  This means a third major candidate from the progressive ranks will emerge.

While some suggest that person will be Jane Kim, I don’t see that. I’ve often noted Kim’s strengths, but fundraising is not among them. I don’t think she can raise the threshold amount necessary to win a mayor’s race in 2019.  Further, Kim just lost a citywide race to Scott Wiener, a weaker candidate than either Leno or Chiu. Kim could have a future shot at becoming mayor but it won’t be in 2019.

The strongest progressive choice is Aaron Peskin. In a multi-candidate race with Leno, Chiu, Mark Farrell and potentially London Breed (I doubt she will run, bur she is often named), Peskin is the clear first choice of progressive voters. He would also be the second choice of a lot of Chiu and Leno voters.

Peskin has broader support than many realize. Check his list of supporters in his Julie Christensen race—it may surprise you. He was a big backer of Sandy Fewer in her District One race and would likely beat out Leno among Asian-American voters.

Peskin is expertly transactional. Many voters (and developers) prioritize that quality in a mayor even if they do not agree with them on some issues.

Peskin’s challenges? It’s unclear whether he can raise enough money. His transactional effectiveness leads to charges he can’t be trusted or is too shifty, the same charges wrongly leveled against a transactional genius named Willie Brown.

For Peskin to win against Chiu and Leno, the electoral mood of fall 2019 would have to favor a hands-on mayor who knows city government better than his rivals. At this stage, I would think Peskin has to be considering a run.

If we end up with Mark Leno, David Chiu and Aaron Peskin in the 2019 mayor’s race, it would be the type of nail biter we have not seen since 2003. After years of one-sided mayoral races, San Francisco deserves a down to the wire 2019 campaign.