Dixie Justice: The Roots and Legacy of the South’s Incarceration Boom 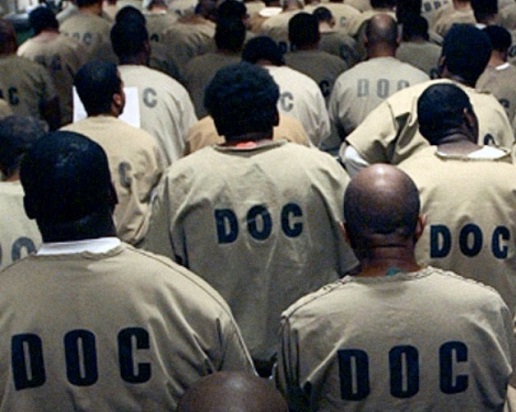 It’s not news that the United States is the incarceration capital of the world: The 2.4 million people behind bars in the U.S. today is, as Matt Ford at The Atlantic noted, “more than the combined population of 15 states, all but three U.S. cities, and the U.S. armed forces.” As Adam Gropnik wrote in his compelling 2012 piece, “The Caging of America”:

Shadows of slavery loom over today’s mass-incarceration boom, as singer John Legend brought to the attention of a national audience in his acceptance speech at the 2015 Oscars. They are cast by two defining features of our carceral state: the immense racial disparities in who gets sent to jail and prison, and the unique regional roots of mass incarceration in the South.

As Michelle Alexander argued in her pioneering book “The New Jim Crow,” incarceration has long been linked to social and racial control. After the Civil War, for example, Southern states passed new laws — and resurrected old ones — that cracked down on vagrancy, loitering and other minor offenses, often targeting African-Americans. The South’s prison population, especially of African Americans, skyrocketed: In Georgia, incarceration jumped fourfold between 1868 and 1908; in North Carolina, the prison population jumped from just 121 people in 1870 to 1,302 by 1890.

A key driver was the infamous convict lease system, which Southern states used as a source of cheap labor after the end of slavery. Through “vigorous and selective enforcement of laws and discriminatory sentencing,” Southerners — disproportionately African-American males — were arrested, imprisoned and then leased out to plantations, coal companies, railroads and other private interests, with states taking a share of the profits.

The country’s next big boom in incarceration came in the wake of the Southern civil rights movement. Starting in the 1970s, Southern states again led the way in a steep increase in incarceration, fueled by the War on Drugs, new policing strategies and strict sentencing requirements.

Recently, Twitter and Reddit user @MetricMaps posted this time-lapse map charting the growth in the numbers of inmates in state and federal prisons by state. The map dramatically shows how Southern states played in a leading role in the recent incarceration explosion, a pattern soon followed in other areas of the country:

The latest incarceration boom is marked by profound racial disparities. The profit motive has also played a role: The share of state and federal inmates in for-profit prisons grew by 37 percent between 2002 and 2009.

The two biggest for-profit prison companies, Corrections Corporation of America and the GEO Group, Inc. — which enjoyed a combined $3.5 billion in profits in 2011 — are based in Tennessee and Florida, respectively, and have drawn fire for lobbying to maintain or boost harsh sentencing laws and other measures that increase the supply of prisoners in their facilities. With the rapid growth of the South’s immigrant communities, it’s also notable that half of detained immigrants are held in for-profit detention centers.

In recent years, economics has also helped provoke a backlash against costly incarceration. Starting in the Great Recession of the late 2000s, when states faced record budget shortfalls, many began looking at ways to trim prison spending — including reducing harsh sentences for nonviolent offenders and accelerating release times for those education, training, treatment and work programs.

But the legacy of Southern justice remains: Of the 20 states that lock up the most of their residents, 12 are in the South — and all have incarceration rates that dwarf the rest of the world.