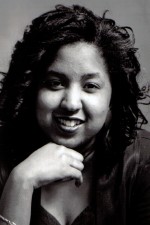 There’s no doubt that Dawn Smith is now the poster child for why single-payer (or its weaker alternative, public option) healthcare is not a choice for Congress, it’s a moral obligation. She is the American every person, condemned to die when their insurance company refuses to cover a life-saving operation.

Smith, who is from Georgia, is not going quietly into her fate. She is taking on the giant of giants, CIGNA. The company has denied coverage for a treatment that will save her life, and which she cannot afford. Her story is not unusual in America, one of the only western countries not to provide guaranteed healthcare to all of its citizens.

In 2005, Smith was diagnosed with a brain tumor; two years later, another one popped up. Both tumors can be removed, but the operation will cost more than she can afford, and CIGNA won’t cover it. To add insult to injury, the company has doubled her monthly premiums to $753. It also increased the co-payment on her anti-epileptic medicine from $10 to $1,115.

After Smith’s story hit the press, the company suddenly discovered an “error” and reduced her co-payment back to what it was.

In its defense, CIGNA released a statement that said the company has “approved and covered many diagnostic tests for services for the evaluation and treatment of her benign and stable brain tumor by a prominent medical center in her hometown.”

Which is gobbledygook, and doesn’t address why the profitable enterprise increased her premiums and won’t help save Smith’s life by paying for the operation to remove the tumors that has been recommended by her doctors.

At this writing, Smith is in Washington, D.C. lobbying Congress members about a public option, which she believes will help people who are in her situation. On Thursday, she flies into Philadelphia to try and get a meeting with a CEO from CIGNA.

Says Smith, “CIGNA still refuses to answer even the most basic questions about why they’ve treated me so badly over the years. And they’re experts at giving me the run-around over the phone. So I’ve decided to go up to their headquarters in Philadelphia to demand answers to some basic questions.”

As she fights her battle with CIGNA, her symptoms are getting worse. “Debilitating electric-shock-type pain racks my body and shoots through my head,” Smith said. “I have sudden, painful seizures, sometimes knocking me to the ground. The seizure medications barely help, while their side effects ravage my body.”

“You shouldn’t have to fight to battle the illness and battle the insurance companies at the same time,” Smith told Channel 8 News in Arlington, Virginia. “Both of those are full-time jobs.”