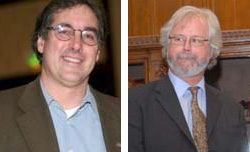 San Francisco Supervisor Chris Daly has long championed organized labor. But following the Labor Council’s signing a community benefits agreement with the Lennar Corp. and agreeing to back Prop G, Daly lashed out at his longtime allies. He lambasted “Big Labor,” accusing the city’s unions of “selling out.” He also described San Francisco Labor Council head Tim Paulson as the “Top Big Labor Boss.” If Daly thought his comments would encourage labor to support progressive causes in the future, he is wrong. The two labor representatives who negotiated the deal—Paulson and UNITE HERE Local 2 President Mike Casey—are longtime progressives. Both have tried to move the city’s labor movement to the left. Daly’s attacks on them simply allow labor’s conservatives to say “I told you so,” pushing the Labor Council to see Mayor Newsom, not Chris Daly, as a more trusted ally.

Daly’s May 22 article attacking labor mixes valid criticisms of the Labor Council’s deal with Lennar with entirely inappropriate personal attacks on the integrity of Tim Paulson among others. Daly calls Paulson the “Top Big Labor Boss,” even though he knows that Paulson is essentially the representative/agent of the Labor Council and has no ability to “boss” any union or its members.

Daly also knows that Paulson is a longtime labor activist who has fought to make the San Francisco Labor Council more progressive. This is no easy task. Throughout the 1970’s, 1980’s, and 1990’s, the Labor Council was dominated by pro-development construction unions who joined with downtown interests in opposing progressive interests.

Paulson has also tried to bring the SF Labor Council into the 21st Century on the administrative side. He has formed key committees, and gotten prominent leaders like Local 2’s Mike Casey to become actively involved in the Council’s efforts.

Casey played as large a role as any labor official in the Lennar agreement. And for Chris Daly to suggest that Mike Casey has “sold out” on this deal, or has ever sold out his members’ interests on any agreement, is outrageous.

Progressive groups often make deals that warrant criticism, and I share Daly’s problems with Prop G. But disagreeing with the merits of a deal is quite different from accusing groups of “selling out.”

Daly uses the rhetoric most commonly found in the right-wing National Right to Work Committee playbook in continually referring to the Labor Council as “Big Labor.” Conservatives have used this phrase as a counter to “Big Business,” as if labor unions in the United States had anywhere near the power of corporate interests.

Given Casey’s central involvement, are the maids, clerks and banquet waiters who comprise Local 2 part of the “Big Labor” cabal Daly now scorns? And who does Daly see as comprising “Little Labor”? Are these the over 85% of the working population not in unions?

Frankly, I wish the United States had a “Big Labor” with significant union density in the currently non-union service, retail, and financial services sector. If the labor movement mirrored the economic clout of Big Business, the United States would soon have universal health care, a minimum living wage, smaller class sizes in schools, and millions more affordable housing units.

As much as Chris Daly admires Barack Obama, he seems to have missed the chief message of Obama’s campaign: the importance of seeking unity, not division. By attacking the integrity of Tim Paulson and Mike Casey, and, by implication, their colleagues in the Labor Council, Daly has made it much harder to get the city’s labor organizations to go out on a limb for progressive causes.

Proposition G is an important measure, but it is not self-executing and requires Board of Supervisors ratification. It is not the type of issue that should lead the city’s progressives to permanently alienate their allies in labor.

One suspects that Daly’s vehemence was motivated by labor reaching a deal “behind his back.” Daly likes to be at the center of things, and understandably was miffed at his exclusion from labor’s negotiations with Lennar.

But labor had a similar view toward Daly’s Proposition F. He did not seek their approval before moving forward with the measure, so labor likely felt no hesitation about proceeding without him in dealing with Lennar.

Group Accountability vs. The Lone Ranger

Chris Daly has proved very effective at pushing the progressive agenda, but increasingly does so without consulting affected constituencies. He has become the classic Lone Ranger. Meanwhile, the San Francisco Labor Council, ACORN and SFOP—who all signed on to the Lennar deal—are membership organizations that operate on a strict model of group accountability.

Unlike most cities, San Francisco’s progressive “movement” has disproportionately involved people whose political activities are not limited or controlled by broader membership organizations. This model for moving a progressive agenda can run into a conflict with the accountability paradigm, which expects proposals to be formally brought before group decision-making bodies for approval.

The future of Bayview-Hunters Point will not be decided on June 3. Rather, it will be fought through the Board of Supervisors and likely the ballot box until development of the area takes off, which could be years.

Ideally, the Labor Council could have worked with Daly and other progressive Supervisors and groups after the election to achieve a long-term win-win solution for the community. But Daly’s comments have prevented him from working with labor on reaching such a deal, and he has helped move the Labor Council closer to Mayor Newsom, hardly Daly’s intended goal.

No Progressive San Francisco Without Labor

When one considers the standard progressive agenda for San Francisco—which includes increased revenue through a gross receipts or real estate transfer tax, universal health care, improved public transit, an affordable housing set-aside, and increased funding for schools—how does this happen without the city’s labor movement? The Labor Council and its member unions have the resources necessary to help defeat downtown/corporate/real estate opposition to this agenda.

That’s why Daly’s attempt to turn progressives against the Labor Council is so self-defeating. And why progressives should challenge each other on the merits, rather than personalizing policy differences and ascribing sinister or profit-based motives to current and potentially future allies.