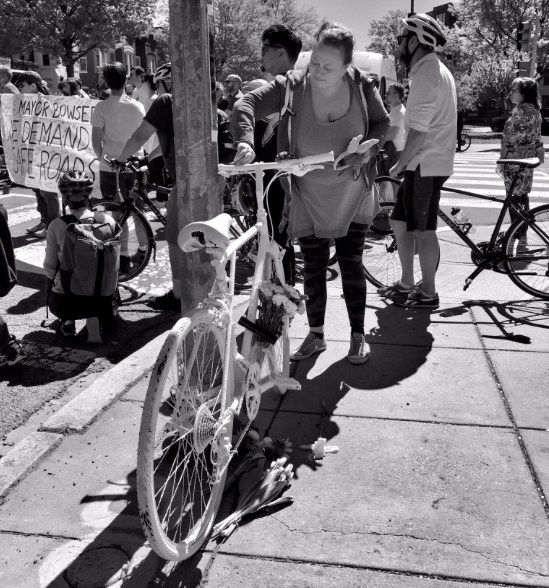 Before he was killed Friday by the driver of a stolen van on an unprotected stretch of Florida Avenue NE — a street with no bike amenities — Salovesh had written, “Separating bike lanes from general traffic, and keeping motor vehicles out, is the best thing cities can do to keep people bicycling safe.”

Salovesh and other DC cyclists were always ready to fill the gap left by local government. Once, according to the Washington City Paper, they used pool noodles to demonstrate how D.C. could physically protect cyclists from driver making U-turns across the Pennsylvania Avenue protected bike lane.

Members of Salovesh’s circle cited his death Friday as evidence that the city — and Mayor Muriel Bowser — have not done enough to live up to Vision Zero, the city’s stated goal to entirely eliminate traffic deaths. 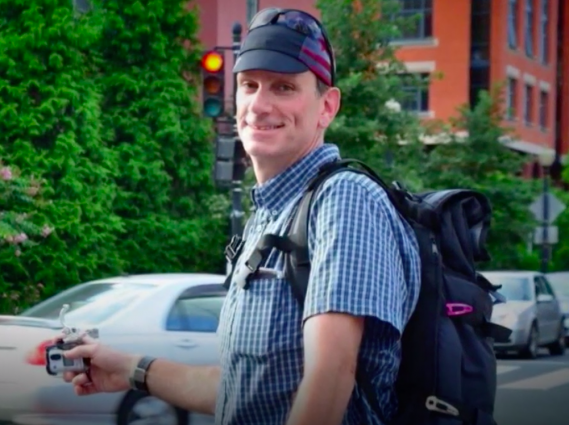 “You’re not seeing DDOT really do anything that looks like Vision Zero in a measurable fashion,” she told Streetsblog.

Fatalities are down slightly so far this year, but the city reports there have been 99 serious traffic injuries so far this year. About 10 percent of those were to bicyclists.

Salovesh, 54, was an IT worker. Cops say the driver who killed him was speeding when he ran a stop light in a stolen Grand Caravan. The alleged driver, 25-year-old Robert Earl Little Jr., was charged with second-degree murder.