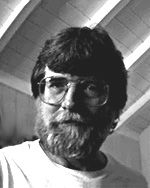 “I’m sad to report that Richard “RZ” Zvonar has passed away after a long bout with cancer.”, wrote good friend Steve Ellison last night. “He was a breath of fresh air to me when I moved out here, and was a big help and very supportive over the years.” Indeed, I’ll miss him too, as will countless others who benefited from his vast musical and electronic knowledge, from Jon Hassell, to Diamanda Galas to the Grateful Dead. Zvonar once told me of how he first arrived in California from New England, nearly broke and living out of his car. Yet his determination, conviction kept him going. He succeeded, earned a doctorate, and became one of the most respected innovators in his field.

Richard Zvonar was a composer/performer and intermedia artist who specialized in electroacoustic music. Some of his significant early influences included Louis and Bebe Barron’s electronic sound track to the 1956 film Forbidden Planet, the Wizard of Oz (“Pay no attention to the man behind the curtain”), and the Witch Doctor and Chipmunk recordings of David Seville.

During his freshman year as an Aeronautics and Astronautics major at MIT the Beatles appeared on Ed Sullivan. Intensive guitar practice and first attempts at song writing ensued.

Boston was not a major center for avant garde music in those years (has it ever been?) but Zvonar pursued an autodidactic education courtesy of the electronic music and new music bins at the record department of the Harvard Coop. Recordings of Stockhausen, Cage, Oliveros, Reich, Riley, Subotnick, and the Columbia-Princeton crowd were as influential on his musical thinking as the music of Zappa, Hendrix, the Beatles, the Who, and other ’60s pop experimentalists.

Zvonar’s undergraduate thesis was a short film for three synchronized projectors. During this period he also began composing tape music.??His first performances of electroacoustic music, using quadraphonic sound and tape delay systems, as well as several short theater pieces, came while a student at Cabrillo College in the Santa Cruz area. This supportive community college environment was an ideal springboard into graduate study, and Zvonar was accepted to the composition program at US San Diego. His teachers included Pauline Oliveros, Bernard Rands, Roger Reynolds, Robert Erickson, F.R. Moore and others, all active contemporary music thinkers and practitioners.

Zvonar emerged from academia after seven years with a PhD in Composition from UCSD and a brain filled unto bursting. Zvonar’s work at this time included purely electronic music, musique concrete, pieces for live performer and tape, and intermedia performance works. His Doctoral piece was a 45-minute intermedia theater piece based on the memoirs of a schizophrenia German judge (“soul murder”), combining multi-screen slide projections, kinetic staging, choreography, and a mix of electronic and processed vocal sound played through a multichannel sound system.

In 1980 Zvonar started a five-year collaboration with singer Diamanda Galas, recording and performing works for solo voice, live electronic processing, and multitrack tape. The two split in 1985 and Zvonar began working with Macintosh computers and MIDI systems for composition and performance.

For several years after his move to Los Angeles in 1986 Zvonar was part of the technical staff of Good Sound Foundation, researching and promoting the use of high-quality multichannel sound systems for live performance. He also worked as an independent consultant and software developer for clients such as Pauline Oliveros, Jon Hassell, the Grateful Dead, sound artist Max Neuhaus, and Marc Canter’s Media Band. In 1994 he started working with Steve Ellison’s company, Level Control Systems, bringing similar concepts and technologies to the world of commercial entertainment. The work with LCS included training and technical support for theme parks and Broadway and Las Vegas shows.

Also during the 1990s, Zvonar’s work with live signal processing continued in the context of the “ambient groove and spoken word” band Cosmic Debris. Live recordings of the group’s performances have been compiled into several CDs (available from MP3.com), and a studio remix project under the name of Alias Zone was released commercially, debuting at the #1 position in the New Age Voice chart in February 2002. Zvonar’s recent work includes pieces for multichannel surround sound (the 8-channel tape piece “Frikkit!”) as well as solo performances using digital looping and signal processing (recent participation in the Y2K2 Loopfest and Woodstockhausen Festival). He was also in a “woodshedding” phase of learning new software and re-learning the guitar, with the vague notion of melding all his past musical lives into some Frankensteinian new genre.

Some of his more recent works and writings included his “History of Spatial Music” and “An Extremely Brief History of Spatial Music in the 20th Century”, his famous L.A. “Technology Salons”, and I couldn’t help but notice Tower Records still sporting his “State of the Bass” compilation album with the likes of James Sellars, Orlando Jacinto Garcia, Amy Knoles, Paul Dresher, Robert Black and the great John Cage on “snare drum”.

Dr. Richard Zvonar, aka “RZ”, will always have a place in our hearts, for his insights, his genius, his humor, and in these final years, his compassion. He was one of those unsung heroes you never hear about, but are unknowingly influenced by everyday.

We will miss him…