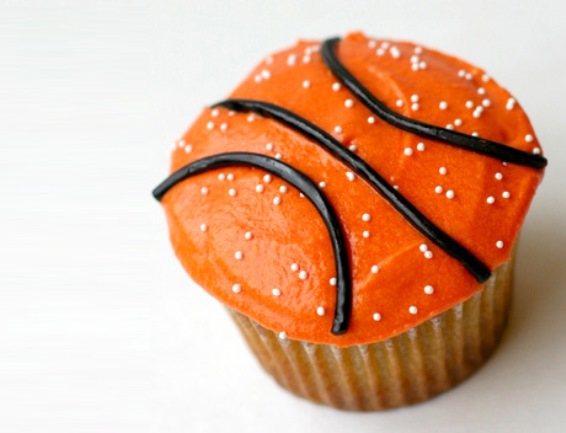 I’m writing about food policy – specifically, a recent study on California’s school nutrition standards – but first I need to talk basketball and the Golden State Warriors. It’s playoff season, I love the NBA playoffs, the Warriors are the best team in the league, and although I stink at sports predictions, I fully expect the Warriors to steamroll their way to an NBA title.

Better yet, the Warriors make a great metaphor for why the U.S. food system is screwed up. After years of futility, the Warriors’ dominance this year demonstrated something our futile food system hasn’t figured out yet:

To be the best, you can’t just be really great at one thing.

The U.S. food system is great at one thing. And that one thing is making health disparities worse.

That is, we’re widening the gap in disease rates between low-income, racial/ethnic minority populations compared to high-income, White populations. Even well intended policies might indirectly widen this gap. How? Because the only thing we’ve learned to do is make relatively healthy populations even healthier.

You don’t win with straight shooters

A little background for readers who are less sports-crazy than I….since 2009, the Warriors have evolved from a perennial laughingstock to the NBA’s best team, but the change didn’t happen overnight. In 2009, they drafted Steph Curry, a great shooter, but didn’t improve much with him alone. Then they drafted Klay Thompson, another great shooter, and improved enough to make the playoffs in 2013, but remained a second-tier team.

Great shooters are crucial, but you don’t win titles just by adding even more great shooters. There was a ceiling on the Warriors’ success until they added complementary pieces that addressed their greatest needs (e.g., defense). They needed a complete toolkit, not doubling down on what they were already good at.

Population health is no different, as you can’t improve much by doubling down on your strengths. You need to address the biggest needs.

Our greatest need is the unequal balance of obesity, diabetes, and related diseases, which affect everyone, but are particularly common among low-income and racial/ethnic minority populations. Differences in disease rates have persisted for decades and continue to grow.

They grow because our food system is the equivalent of a 2013 Warriors team that keeps adding great shooters. Even well-intended food policies ultimately help populations that are already at a low risk for disease, as epitomized by a recent study by Bay Area researchers.

On May 4, JAMA Pediatrics published a study on California’s standards for foods and beverages sold in school outside of the federal meal program – a.k.a. “competitive foods.” Researchers found obesity rates declined in a sample of 2.7 million kids over 10 years after healthier competitive food were required.

The study wasn’t perfect (e.g., no control group) but its size, length, and data quality were exceptional given that public policies are moving targets and are difficult to evaluate over a long period. Furthermore, I credit the authors for acknowledging the glass was half full and half empty rather than simply saying, “obesity rates declined overall,” and leaving it at that.

So is it bad to have healthier competitive foods?

Of course not. Unhealthy competitive foods and beverages were a public health problem that needed to be addressed. It’s encouraging that children somewhere were less likely to suffer from obesity. With that said, the results were a microcosm of a bigger problem with the U.S. food system.

However, it’s no surprise that high-income communities would benefit the most from this approach when you consider: A) children from high-income households probably have more disposable income to purchase competitive foods, B) competitive food standards are usually not also designed to provide healthy alternatives, and C) study after study shows low-income communities have fewer healthy alternatives elsewhere.

Competitive food standards may be enough to marginally improve the overall picture, as the JAMA Pediatrics study found. But they cannot reduce disparities without complementary parts.

Improving overall population health and reducing disparities requires a diverse toolkit of policies to target different communities. Other policy tools could address the weaknesses of competitive food standards to benefit low-income communities. But the sad fact is those tools are usually stuck on the bench.

Countless food policies have been discussed, debated, and dissected by policymakers over the past 10-15 years. Like any political issue, they undergo considerable scrutiny that often concludes with them being scrapped. California’s competitive food standards are one of the rare breed that survive scrutiny and get implemented.

“Treat everyone equally” has a nice ring to it until you realize we don’t live in a vacuum. Equal policies produce unequal results because nothing else is equal. Competitive food standards are a great example because if you only ban unhealthy options in school, then what else do children eat? Again, healthy alternatives are more plentiful in high-income areas.

When you target only one aspect of a food system (i.e., unhealthy competitive foods), other parts of the food system become even more crucial. This is especially true for low-income neighborhoods.

Yet policies addressing these aspects are the ones that struggle to survive politics.

Updates to archaic school meal standards were a major food policy victory, but the success may be short-lived. School lunches have become a heated partisan debate after having broad bipartisan support in 2010’s Healthy, Hunger-Free Kids Act. All federal child nutrition programs, including school meals, are up for renewal by Congress in 2015, and their future is highly uncertain.

The School Nutrition Association is a staunch opponent of new rules requiring more fruit, vegetables, and whole grains, and less sodium, in school meals. The organization doubled its lobbying expenditures in 2014 when they started pushing to roll back new standards. They claim to only want “flexibility” by loosening up standards, but “flexibility” is a dangerous f-word. If there’s one thing I’ve learned from evaluating food policies, it’s that “flexible” standards amount to nothing.

School meal standards are on the chopping block, but at least they have a chance. One policy that could benefit high-risk populations, but has never had a whiff of success, is marketing regulations.

It’s no secret that food and beverage companies market more to racial/ethnic minorities and low-income populations. Experts and policymakers talk about limiting marketing of high-sugar, high-calorie foods and beverages to children, but the talk amounts to polite begging. We rely on food companies to self-regulate their marketing to children, which is a complete joke for reasons that Dr. Marion Nestle, Bettina Elias Siegel, Michele Simon, and many others have discussed.

To be fair, some initiatives tried to target high-risk populations, including Michelle Obama’s effort to eliminate food deserts, and haven’t succeeded. Recent studies in Los Angeles and New York City found that neither banning standalone fast food restaurants, nor introducing healthy grocery stores, had any positive effect in low-income areas. Neither study found evidence that the respective policy, on its own, improved residents’ diet.

The authors of those two studies did an excellent job outlining why the respective policies failed. Essentially, neither policy had any teeth in the broader context. An article in the Los Angeles Times last week explained how the fast food ban was not targeting the greatest needs even if it was located in a low-income area.

Food choices are more complicated than access, as a recent study suggested. Food purchases may be driven by price, particularly in high-risk populations, which would suggest taxes, subsidies, or broader economic policies might be more effective.

We don’t know, though, because these policies almost always end up in the scrap heap.

Leaders talk about making the U.S. the “healthiest nation,” but such goals are impossible until we prioritize our greatest needs. The new Surgeon General, Dr. Vivek Murthy, emphasized this in his April 22 inauguration speech, when he led by talking about health equity and the need for different sectors (e.g., housing, transportation) to be involved. To be the best, you need a diverse toolkit of policies/players with different specialties.

The Warriors were not the best when they were great at one thing, and population health can’t improve substantially just by making healthy people healthier. Policies such as school meal standards, marketing regulations, and possibly taxes/subsides have the best chance of addressing the greatest needs, but unless our political trajectory changes, those policies will be scrapped.

Our current strategy might be enough to cause more plateaus or even minor declines in nutrition disease rates. Like the pre-2015 Warriors, though, there will always be a ceiling on our success. And greater disparities will be the price.

Dr. Daniel Taber, PhD, MPH, is an Assistant Professor at the University of Texas School of Public Health and the Michael & Susan Dell Center for Healthy Living, where he specializes in childhood obesity policy research and systems science. His research has been featured in The New York Times, NPR, CNN, Wall Street Journal, and several other media outlets. You can follow him on Twitter @DanTaber47 or read his blog where he offers jargon-free thoughts on policy and science related to childhood nutrition and obesity. His views or opinions in this article do not represent the University of Texas or the Michael & Susan Dell Foundation.