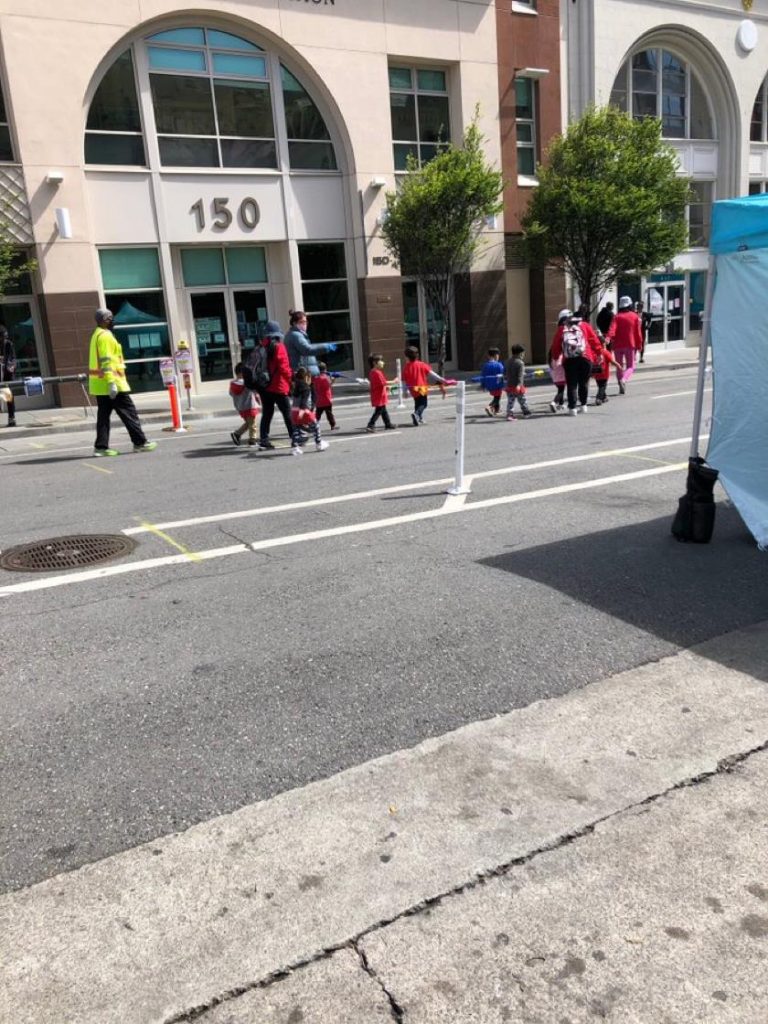 Residents Get Safer Streets, Many Unhoused Get Homes

“Thank you everyone who did this. I’m so proud to live in the Tenderloin and proud of people who take care of my Tenderloin.” —Norma Carrera, resident of 201 Turk, commenting on sidewalks cleared of tents

Carrera’s feelings have been echoed by many. Longtime Cadillac Hotel owner Kathy Looper told me she has not seen Leavenworth Street look so good in years. San Francisco’s June 12 settlement with Hastings College of the Law and other Tenderloin stakeholders has brought joy to both residents and the formerly unhoused. Residents no longer risk their health by stepping out on sidewalks; former tent dwellers are now living in hotel rooms or supervised encampments

On June 12 the Tenderloin had 420 tents. Today the count is down to 172!. That’s a huge decline. Most relocated tent dwellers now live in hotels. D6 Supervisor Matt Haney tweeted on June 20 that “2 days ago, Homeless Outreach Team approached 43 people sleeping on Leavenworth. 42 of 43 qualified for rooms, 42 accepted. Yesterday, 32 people, 31 qualified, 31 accepted.”

San Francisco is doing what Haney, other supervisors, and advocates have long urged. As Haney tweeted yesterday after joining the Homeless Outreach Team in moving tent dwellers into hotels “This is what we’ve been fighting for!” The tent clearance began at the core Tenderloin streets of Leavenworth, Jones, Golden Gate, Hyde and Turk Streets and has extended to the alleys bordering Little Saigon.

There is still a ways to go. But after months in which disabled persons were denied access to sidewalks and Tenderloin families were trapped in their rooms due to tents preventing social distancing,  a positive shift has occurred.

Resident Rosa Alvarado echoed this view. She said “the tents were obstructing the sidewalk before, but now I can just cross the street and walk on the sidewalk normally. It felt different. I did feel safer not having to step into the street itself. There was practically nothing obstructing my path. That’s good, right? We’re not against the people in the tents at all, we all have our struggles. For our humanity and hygiene, I’m glad the sidewalks are clear.”

Like many other residents, Alvarado was still concerned about the future. “You still go on wondering, well, for how long? Will other people pitch tents there?

People are understandably worried about tents returning. Their concern has heightened amidst rumors  of groups purchasing tents and encouraging tent dwellers to camp in the Tenderloin’s cleared areas. These cleared areas now provide the social distancing  Tenderloin families need to protect their health;  unfortunately, for some activists the children of the Tenderloin are mere pawns in a larger political game.

Let’s hope those rumored to be behind this cynical plan abandon it.

The Next Two Months

The settlement requires 70% of the tents to be removed by July 20 and the balance thereafter. The city is ahead of schedule.

Some activists think they can keep tents on sidewalks indefinitely so long as the Board of Supervisors scuttles the lawsuit settlement. They are actively working to achieve this.

But their strategy ignores the legal arguments underlying the case. Instead of enshrining a right to camp on Tenderloin sidewalks, the settlement’s defeat would encourage the federal judge to impose an injunction requiring tent removal. And if the parties must return to court cash-strapped San Francisco becomes liable for the plaintiffs’ attorneys fees (the city paid no fees or damages as part of the settlement).

It would be great if those battling against Tenderloin residents’ right to a safe and healthy environment instead supported safe passage on sidewalks. Or if they joined Latinx families and other Tenderloin stakeholders—many of whom are formerly homeless now living in SRO hotels– in working to end drug dealing in the neighborhood.

The Tenderloin’s revitalization requires ending tent-clogged sidewalks. But the Tenderloin faces other challenges other than drug dealing. The Tenderloin’s economy has always been built on restaurants, bars and entertainment and cultural venues. These establishments are battling to survive in all neighborhoods and cities. The Tenderloin is hit particularly hard due to its high percentage of residents who work in these businesses (UNITE HERE Local 2 has long been in the Tenderloin).

I don’t think anyone foresaw the rapid reduction in tents in the past three weeks. Mayor Breed stepped up and is getting it done. More progress is needed, but after a rocky three months the Tenderloin is heading in the right direction.

That’s good news for a neighborhood that sorely needs it.