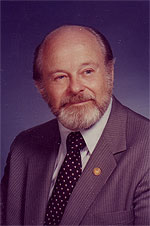 As a young pastor and seminary student in the 1950s, Francis DuBose was criticized by his affluent Houston church members for baptizing Latino and poor white workers. This transformational experience led him to accept a pastorship in Breckenridge, Texas. There he responded to the new Supreme Court ruling to desegregate the schools by chairing a race relations committee that, through meetings with the local school board and the black community, was instrumental in the successful desegregation of the schools in that small town. He and other church leaders also succeeded in getting courts to release first-time youth offenders into their church-created basketball and baseball programs.

After completing his doctorate, Francis took his aggressive leadership style of church-based community organizing to downtown Detroit. There he worked for a time with Saul Alinsky, the father of community organizing, and began his long-time commitment to inner city work that addressed the staggering need he saw there.

Francis moved his family to the San Francisco Bay Area in 1966 when he became Professor of Missions and Urban Church studies at Golden Gate Theological Seminary in Mill Valley. In his first year in the Bay Area he worked with the San Francisco Conference on Race, Religion, and Social Concern, which he described as the moral conscience of the City, alongside influential Catholic, Protestant and Jewish religious leaders. This new marriage of community activism and interfaith collaboration became a defining feature of his professional and personal life. Under Francis’ mentorship, Dr. J. Alfred Smith became the first African American to receive a doctorate from the seminary.

While teaching, Francis also traveled widely in the U.S. and around the world as an author, preacher, lecturer, conference speaker, and urban church consultant. Upon retirement in 1992 , he was made Senior Professor and continued teaching part – time and tutoring until just a few years before his death. Several of his books, including “Mystic on Main Street” and “Who God Sends” are still widely read today.

Francis also served as a member of the San Francisco Inter-Faith Taskforce on Homelessness and was a founding member of Habitat for Humanity, San Francisco. In 1994 Francis and his wife, Dorothy, were honored as Volunteer Team of the Year for SF Project Open Hand for their many years of service in delivering meals to home-bound AIDS patients. For many years, they also cooked and served countless meals to the homeless and those in need in San Francisco.

Upon his return from a sabbatical at Oxford University, Francis moved with his wife to San Francisco’s Bayview Hunters Point district where he lived for 12 years. In 2003, Francis and Dorothy moved to the Western Addition for health reasons and to continue their volunteer work at the Page Street Center and 19th Avenue Baptist Church where he took a stand against his own denomination by fiercely advocating the hiring of women pastors.

In his final years, Francis continued to inspire his former students, engage his colleagues and befriend the homeless. Francis was a cherished husband, father, grandfather, and great-great grandfather. He is survived by Dorothy, the love of his life of 69 years, and their four children. I will miss him dearly.

Eric Smith is the Executive Director of the environmental justice non-profit, Green Depot and the son-in-law of Dr. Francis M. DuBose.